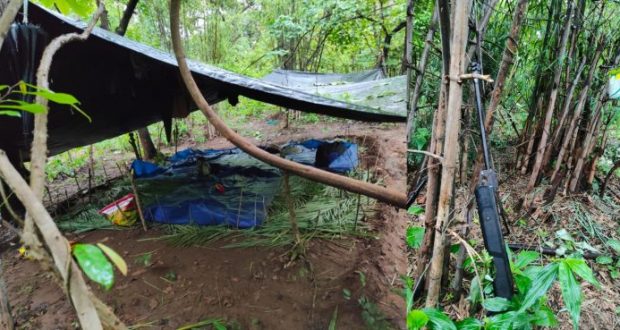 in District Diary July 9, 2022 Comments Off on Security forces have busted a Maoist hideout in Patdhara forest area 72 Views

Acting on reliable inputs about a huge camping of the rebels in large numbers in dense forest area, an anti-Naxal operation was launched by combined security forces of SOG, DVF and CRPF on July 6.

The team retaliated and counter-fired in self-defense. Due this, the Naxals fled the area.