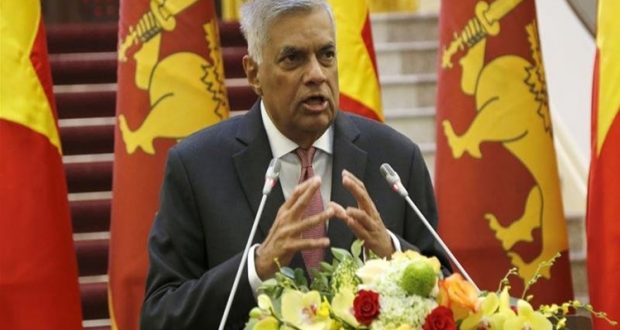 in International July 9, 2022 Comments Off on Political crisis deepens in Sri Lanka; PM Wickremesinghe announces he will resign to make way for all-party govt 61 Views

Mr. Wickremesinghe called an emergency meeting with party leaders in order to control the current situation today as the protestors stormed the official residence of President Gotabaya Rajapaksa.

According to local media reports, the meeting was also attended by the Speaker where the ministers urged Mr. Rajapaksa to tender his resignation in order to stabilise the situation in the country. Amid reports of the President fleeing to some other place, a government spokesman, Mohana Samaranayake, said he had no information about Mr. Rajapaksa’s whereabouts.

Earlier this month, newly-appointed Prime Minister Wickremesinghe said that the nation was targeting 5 billion dollar for repayments and 1 billion dollar to support the country’s reserves. He said that the discussions with the International Monetary Fund (IMF) are currently going on and was optimistic that the negotiations would conclude this month. Further, he clarified that the debt restructuring has already begun after the appointment of financial and legal advisors.

Thousands of protesters in Colombo stormed the president’s official residence and secretariat today amid months of mounting public anger over the country’s worst economic crisis in seven decades. Military personnel and police were unable to hold back the crowd, as they chanted slogans asking President Gotabaya Rajapaksa to step down.

On 8 July, an indefinite curfew was imposed across Sri Lanka’s capital and the military placed on alert ahead of a planned rally demanding the ouster of the embattled President.