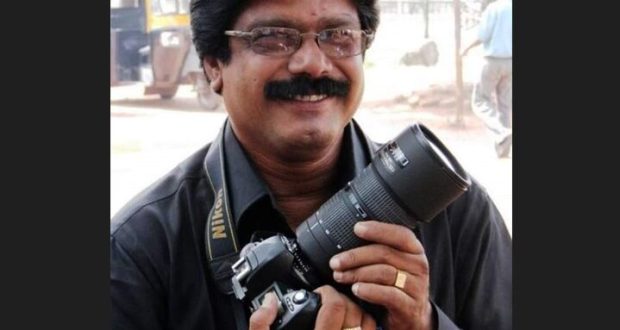 Bhubaneswar:1/7/22: On auspicious occasion of Ratha Jatra, senior photojournalist Ashok Panda died in a road mishap while he was on his way to Puri today.

Ashok Panda died while undergoing treatment at the Capital Hospital in Bhubaneswar. He was 57. According to reports, Panda was heading towards Puri on his motorcycle to cover the annual Ratha Jatra in wee hours today. At around 5 am, an unknown vehicle hit his motorcycle near Satasankha and fled the spot

The photojournalist was rushed to the Capital Hospital in critical condition where the doctors declared him dead. Ashok Panda was associated with several news organizations including ‘Samay’, ‘The Asian Age’ and ‘The Times of India’. He had begun his career as a photojournalist for ‘Eastern Press Agency’ (EPA). He worked there from 1984 to 1995. He joined the Odia daily ‘Samay’ in 1996. He was working with ‘The Asian Age’ and ‘The Times of India’ from 1997 to 2000 and from 2000 to 2011 respectively. This apart, he was also providing photographs to ‘Eenadu’ and ‘Sanmarg’& The Political & Business Daily

2022-07-01
Editor in chief
Previous: Jindal Bhaktivedanta Library and Study Centre has been inaugurated at Bhubaneswar.
Next: 16th edition of Young Astronomer Talent Search kicked off