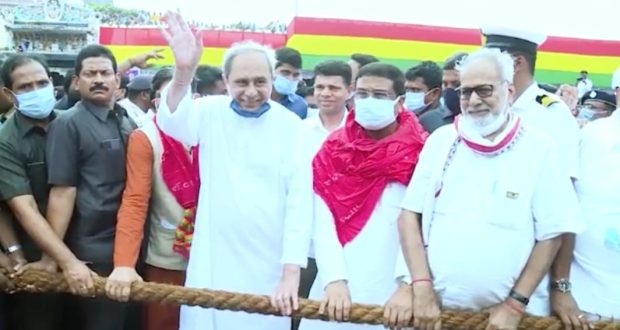 Puri: 1/7/22:After a wait of two years the Holy Trinty, Lord Jagannath, Lord Balabhadra and Devi Subhadra today embarked on their nine-day-long annual sojourn amid a sea of devotees pulling their gigantic chariots to Gundicha temple.

On this auspicious occasion, Odisha Chief Minister Naveen Patnaik, Governor Prof Ganeshi Lal, and Union Minister Dharmendra Pradhan reached the Pilgrim Town to participate in the Rath Yatra along with lakhs of devotees. They also pulled the Nandighosa Chariot of Lord Jagannath and sought blessings. 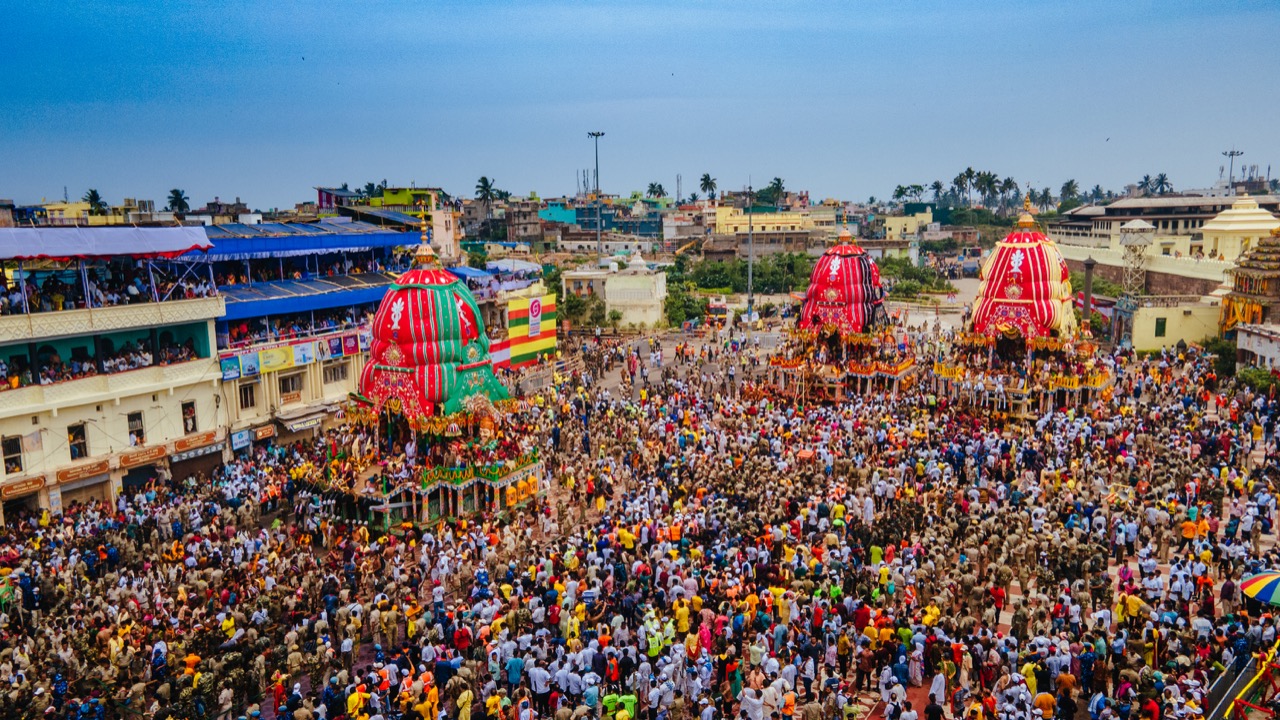 The Chief Minister, who returned from his foreign tour last night, had darshan of the deities on the chariots and prayed for the well-being of the people of Odisha.

Ahead of attending the Rath Yatra, the Odisha CM reviewed the progress of the Srimandir Parikrama Project that envisages developing Puri town into a World Heritage City.

In his media reactions, the Chief Minister said that the Srimandir Heritage Corridor Project is going on as per the schedule with the blessings of Lord Jagannath. “It will give a unique feeling and will be beneficial to the countless devotees coming to Puri for darshan of the Trinity in future,” the Odisha CM added.