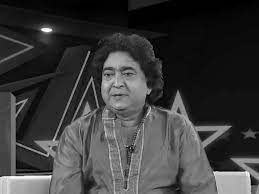 in Odia Cinema, State News June 28, 2022 Comments Off on Post-mortem report of deceased Ollywood actor Raimohan Parida has revealed the cause of his death 109 Views

Bhubaneswar28/6/22:: The post-mortem report of deceased Ollywood actor Raimohan Parida has revealed the cause of his death.

As per the report, which was submitted to the Twin City Commissionerate Police by the Capital Hospital authorities, the actor died of asphyxiation due to hanging

A sample has been sent to the State Forensic Science Laboratory here for Viscera test.Raimohan was found hanging at his residence at Prachi Vihar in Bhubaneswar on June 24. It is being suspected that he ended his life by hanging himself.

Briefing media persons here, the senior cop said prima facie, it appears that the actor was under mental pressure. However, his family members, relatives, neighbours and driver are being interrogated in connection with the incident.

“We have also seized the late actor’s mobile phone, from which we might get some leads. The Inspector In-Charge of Mancheswar Police station is investigating the incident from various angles,” said the DCP.

2022-06-28
Editor in chief
Previous: BJP Odisha unit has discuss the strategy for the 2024 general elections
Next: All rate changes recommended by the 47th GST Council will be made effective from 18th July, 2022