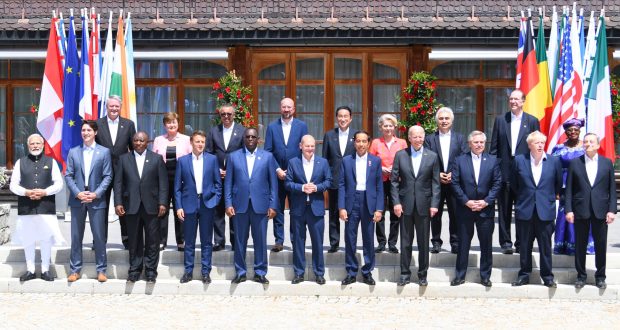 Prime Minister Modi, who is in Germany on a two-day visit from Sunday for the summit of the G7, was received by German Chancellor Olaf Scholz upon his arrival at Schloss Elmau, the picturesque venue of the summit in southern Germany. 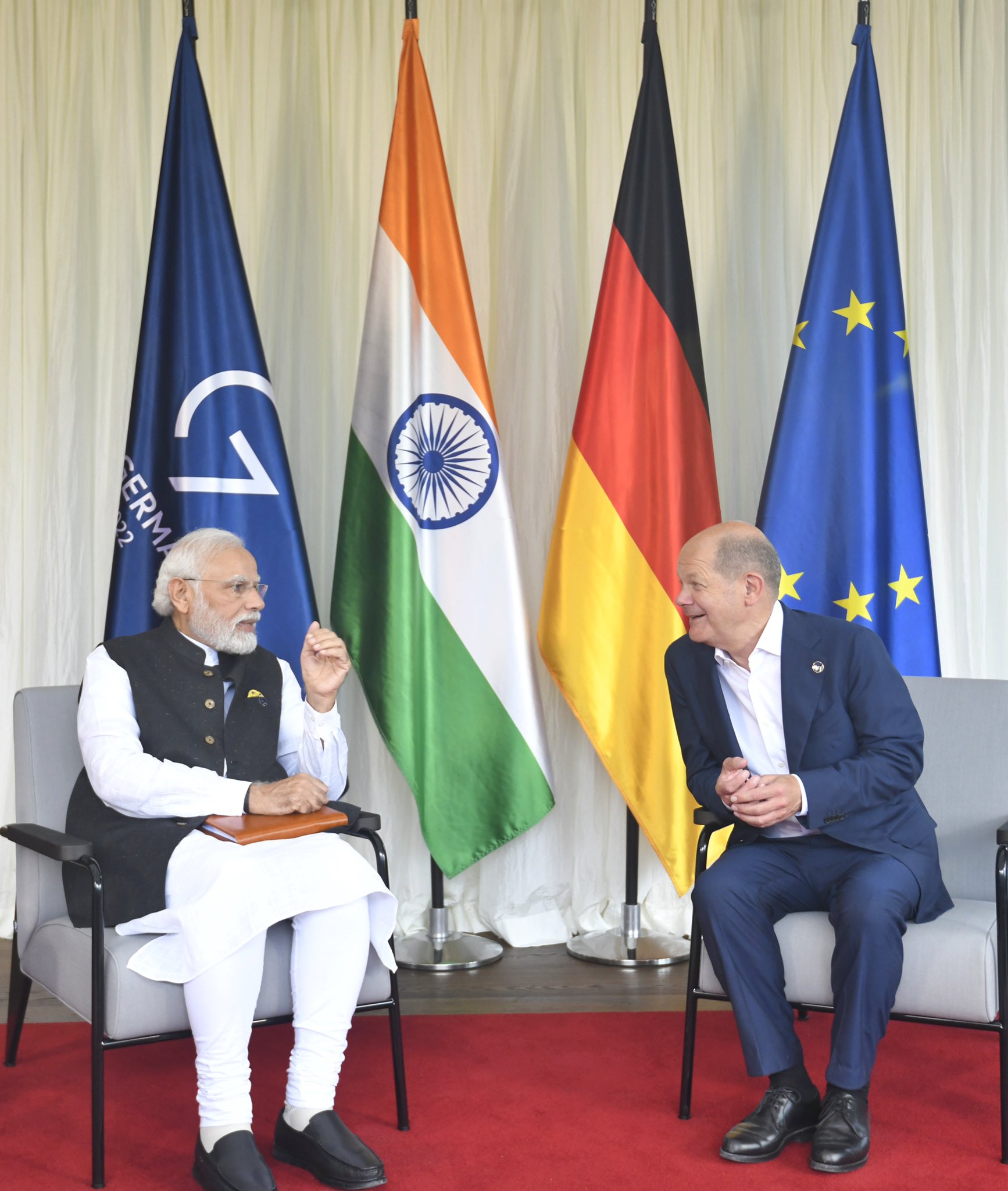 Before the start of the summit, Prime Minister Modi shook hands with US President Joe Biden and Canadian Prime Minister Justin Trudeau as the leaders assembled for a group photo.

This was the first meeting between Modi and Biden after they met in Japan for the Quad summit in May. The two leaders are also scheduled to meet in July for the I2U2 virtual summit of the quadrilateral economic forum comprising India, Israel, the UAE, and the US. 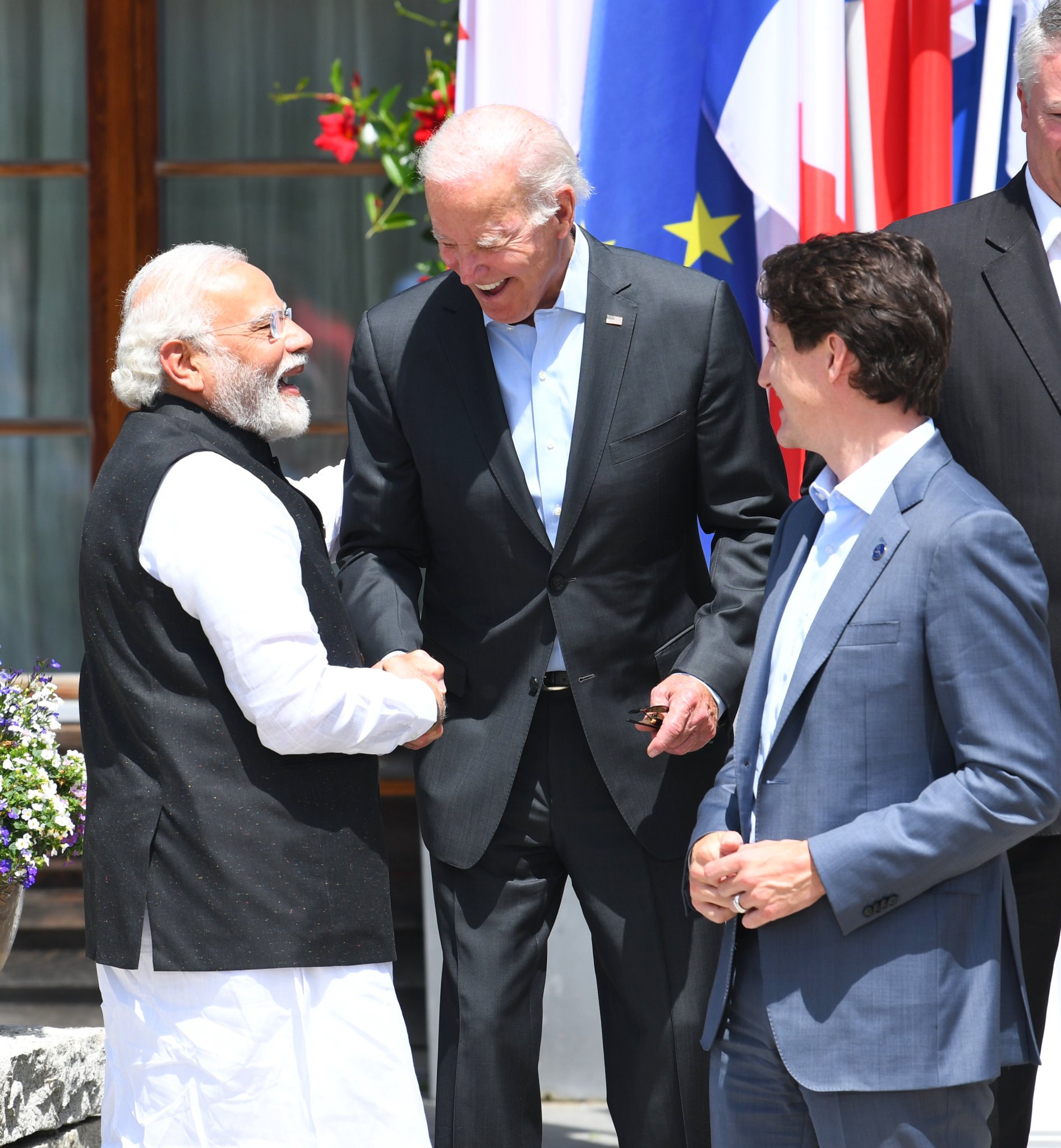 The Group of Seven (G7) is an inter-governmental political grouping consisting of Canada, France, Germany, Italy, Japan, the UK, and the US.

The German Presidency has invited Argentina, India, Indonesia, Senegal, and South Africa to the G7 Summit in Elmau, Bavaria.

Modi is attending the G7 summit held in the Alpine castle of Schloss Elmau in southern Germany following an invitation by German Chancellor Scholz.