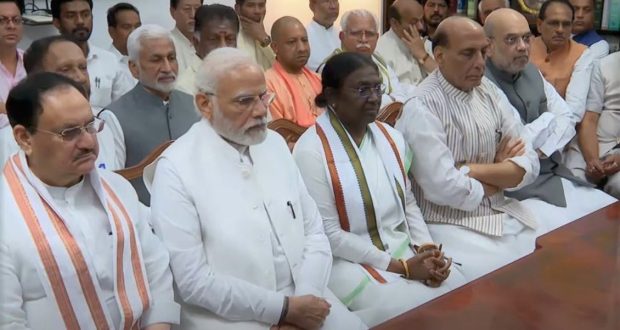 Prime Minister Narendra Modi proposed her name for the nomination, which was seconded by Defence Minister Rajnath Singh.

Ahead of that, Murmu also paid tributes to the statues of Mahatma Gandhi, Dr. BR Ambedkar and Birsa Munda at Parliament.

Murmu, the first woman tribal leader to file her nomination for the top constitutional post of the country, is a seasoned politician from Odisha coupled with an extensive background in the field of academics.

Draupadi Murmu, who was declared BJP-led NDA`s presidential candidate, is a former Governor of Jharkhand and a former Odisha minister. She will face opposition candidate Yashwant Sinha in the presidential contest on July 18. If elected, she will be the first tribal President of India and the country`s second female President. 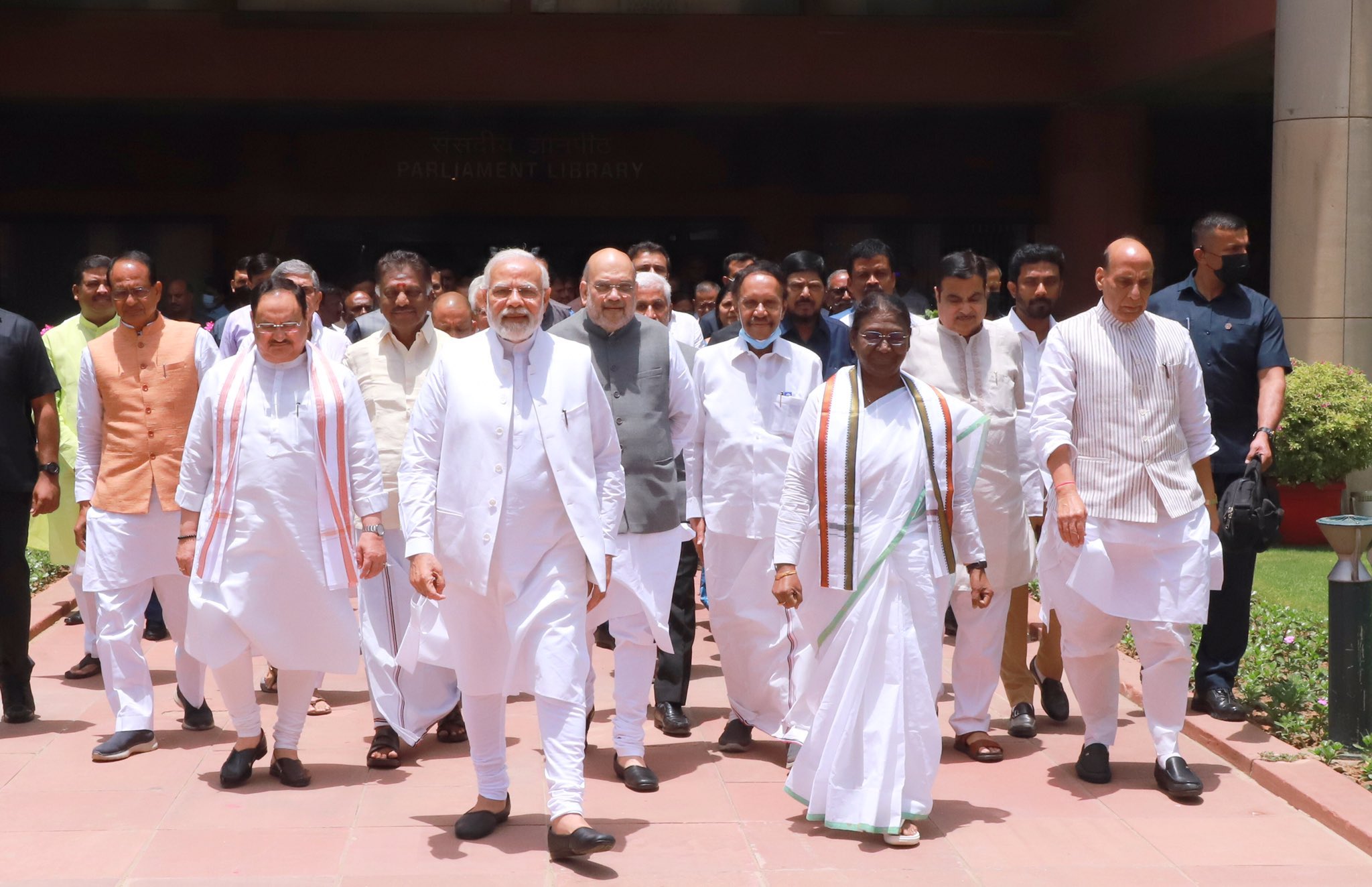 Draupadi Murmu is the first presidential candidate from Odisha of a major political party or alliance. She continues to break barriers and was the first woman governor of Jharkhand. She served as Jharkhand Governor from 2015 to 2021.

Born on June 20, 1958, she pursued BA at Ramadevi Women`s College Bhubaneswar. She started her political career as Rairangpur NAC vice-chairman. Draupadi Murmu was a member of the Odisha Legislative Assembly from Rairangpur between 2000 and 2004. As a minister, she held portfolios of Transport and Commerce, Animal Husbandry and Fisheries.

She again served as MLA in the Odisha assembly from 2004 to 2009. In 2007, the Odisha assembly honoured her with the `Nilakantha Award for best MLA. She served as a junior assistant in Irrigation and Power Department between 1979 and 1983. She has held several organisational posts in BJP and was vice president of state ST Morcha in 1997. 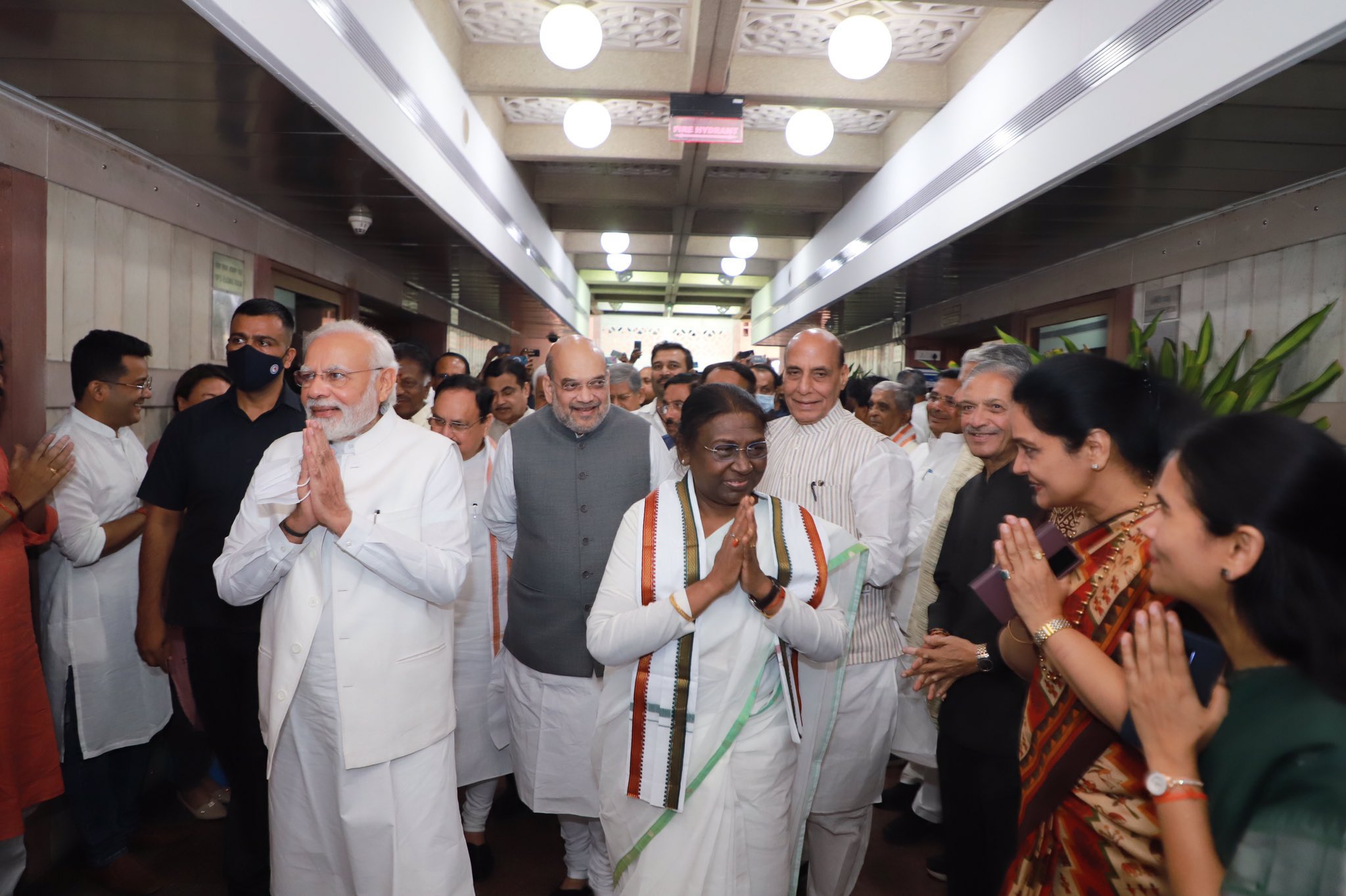