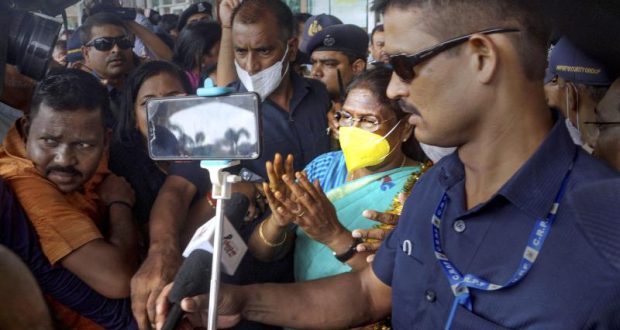 New Delhi:23/6/22: NDA’S nominee for president Droupadi Murmu arrived here from Bhubaneswar on Thursday, a day before she files her nomination papers for the post. 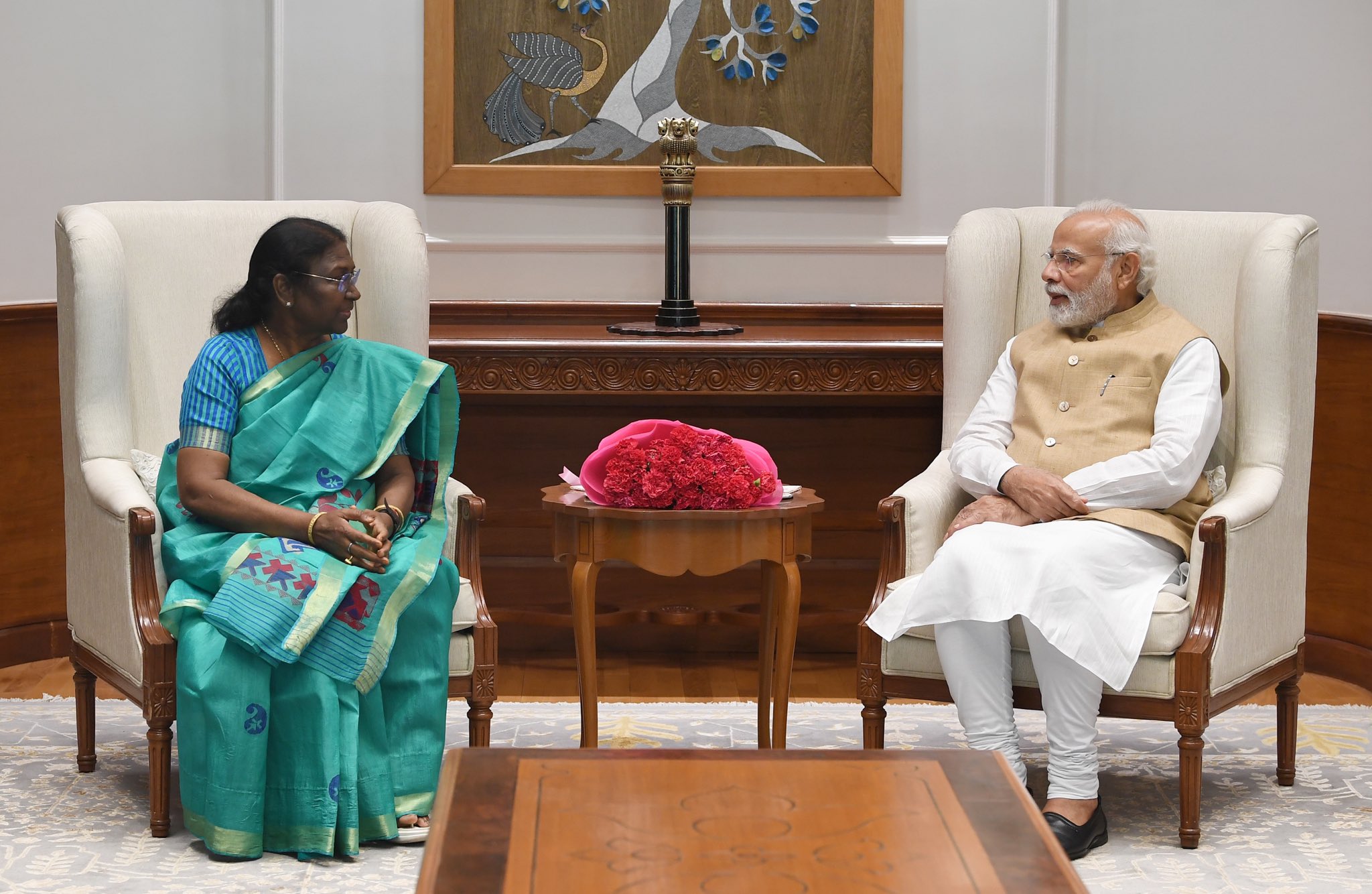 Union ministers and senior BJP leaders are signing on as proposers and seconders at Joshi’s residence. BJD’s Sasmit Patra, whose party has backed her nomination, was also among those at Joshi’s home to sign the papers. She is likely to file her nomination in the presence of top party leaders. Several Delhi BJP leaders, including state president Adesh Gupta, party MPs Manoj Tiwari and Ramesh Bidhuri, Leader of Opposition in Delhi Assembly, welcomed Murmu at the airport.

Murmu, who is staying at the Odisha Bhavan, is likely to call on the prime minister.In a brief statement issued before she left for the national capital, Murmu said, “I thank all and seek cooperation from everyone for the presidential election. I will meet all voters (lawmakers) and seek their support before July 18.” If elected, the 64-year-old will be the first tribal president of India and the second woman in the post.

2022-06-23
Editor in chief
Previous: Millets the superfood of India among the oldest eatables in the country: Prahlad Singh Patel
Next: NALCO Organises Quiz Competition Amongst Central PSU Offices Operating in Bhubaneswar for Promotion of Rajbhasha