Top Headlines
Home » National » Millets the superfood of India among the oldest eatables in the country: Prahlad Singh Patel 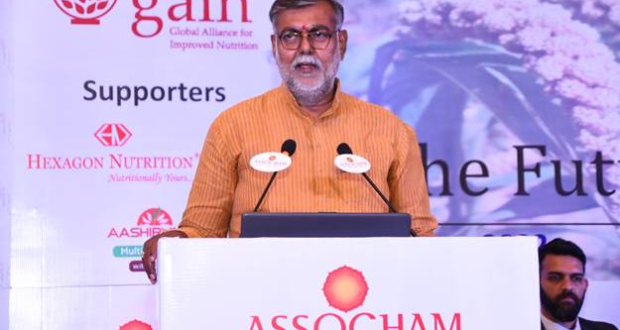 Millets the superfood of India among the oldest eatables in the country: Prahlad Singh Patel

in National 3 days ago Comments Off on Millets the superfood of India among the oldest eatables in the country: Prahlad Singh Patel 34 Views

New Delhi:23/6/22:Union Minister of State for M/o Food Processing Industries, Shri Prahlad Singh Patel today inaugurated the National Conference on Millets on the theme ‘The Future Super Food for India’ in New Delhi, organized by industry body ASSOCHAM with the support of M/o Food Processing Industries. The conference has been organized to discuss opportunities and challenges in ensuring food and nutritional security.

Shri Prahlad Singh Patel said that due to its ability to be easily preserved for a long time even under ordinary conditions, coarse grain is also considered a storehouse in times of famine.

Talking about the advantages of Millets at the National Conference on Millets, the Minister of State for M/o FPI said that Millets have been among the oldest eatables in the country. It is a crop grown from small seeds which can be grown well in dry areas or even on lands with deficient and low fertility thus is known as the superfood of India. 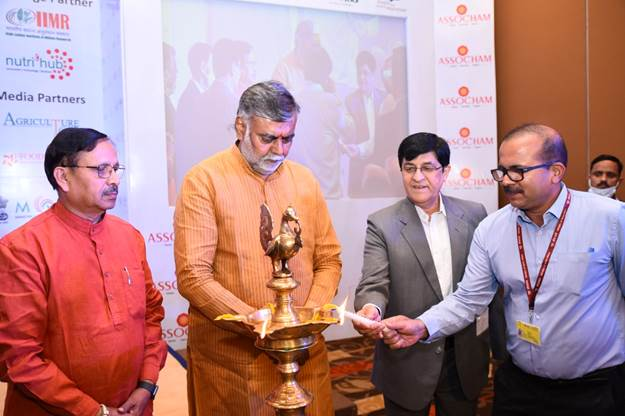 The Minister shared that due to their short growing season, millets can develop from seeds to ready-to-harvest crops in just about 65 days and this characteristic of the millets is of vital importance in thickly populated regions of the world. If stored properly, millets can keep well for two years or beyond. He stated that there is a need to mainstream millets to improve India’s nutrition outcomes.

Shri Prahlad Singh Patel noted that the Government of India has already revised the guidelines to facilitate the movement of the surplus production of millets to other states. The provision of inter-state transportation of surplus millets through the Food Corporation of India (FCI) is incorporated to cater for advance demands placed by consuming states before the start of procurement. 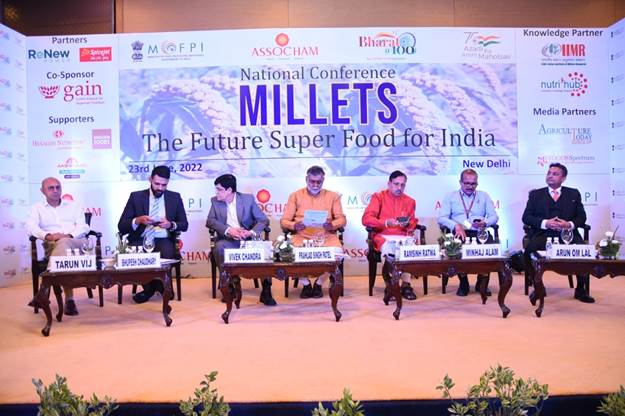 Shri Minhaj Alam, Joint Secretary, M/o Food Processing Industries talked about spreading awareness of millets all around the globe as India is now the 5th largest exporter of millets globally. He informed that year 2023 will be the international year of millets that will create value generation and promotion of sustainable products in food choices. He added that more investments are required in the production and processing of millets.