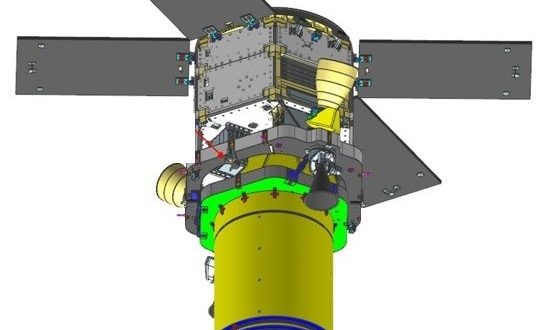 ISRO undertakes PSLV-C53/DS-EO mission on June 30, 2022. The launch is scheduled at 18:00 hours IST from the Second Launch Pad at Satish Dhawan Space Centre, Sriharikota. The countdown of 25 hours leading to the launch begins at 1700 hours IST on June 29, 2022.

PSLV-C53 is the second dedicated commercial mission of NewSpace India Limited (NSIL). It is designed to orbit DS-EO satellite along with two other co-passenger satellites from ST Electronics, Singapore. This is the 55th mission of PSLV and 15th mission using PSLV-Core Alone variant. It is the 16th PSLV launch from the second launch pad. The mission proposes to demonstrate the utilization of the spent upper stage of the launch vehicle as a stabilized platform for scientific payloads subsequent to the separation of the satellites.

DS-EO carries an Electro-Optic, multi-spectral payload with 0.5 m resolution imaging capability. NeuSAR is Singapore’s first small commercial satellite carrying a SAR payload, which is capable of providing images in day and night and under all weather conditions. SCOOB-I satellite is the first satellite in the Student Satellite Series (S3-I), a hands-on student training program from the Satellite Research Centre (SaRC) at Singapore’s NTU School of Electrical and Electronic Engineering.

2022-06-22
Editor in chief
Previous: RE-OPENING OF WEB PORTAL FOR 2nd ROUND OF E-COUNSELLING FOR ADMISSION IN NEWLY APPROVED 10 SAINIK SCHOOLS
Next: Odisha Chief Minister met His Holiness Pope Francis in the Vatican