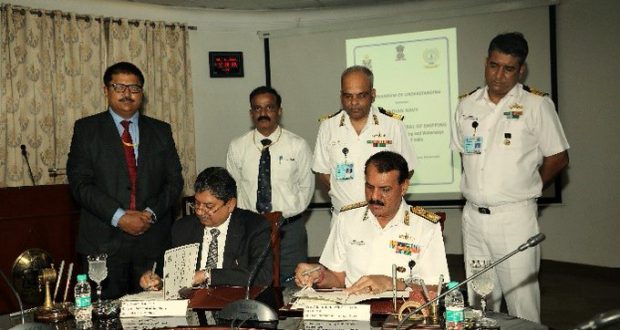 Newdelhi:22/6/22:A landmark Memorandum of Understanding (MoU) has been signed between Indian Navy (IN) and the Directorate General of Shipping on 20 Jun 22 to facilitate transition of Indian Navy personnel, both serving and retired, into the Merchant Navy. Through this MoU, DG Shipping has envisioned certification of IN personnel in accordance with the International STCW (Standards of Training, Certification and Watchkeeping for Seafarers) conventions in furtherance of the Hon’ble Prime Minister’s vision of expanding Indian presence and sharing in the global seafarers. The MoU is also in line with the GoI’s focus on the maritime domain including Blue economy as also the optimal utilization of skilled and trained human resources. 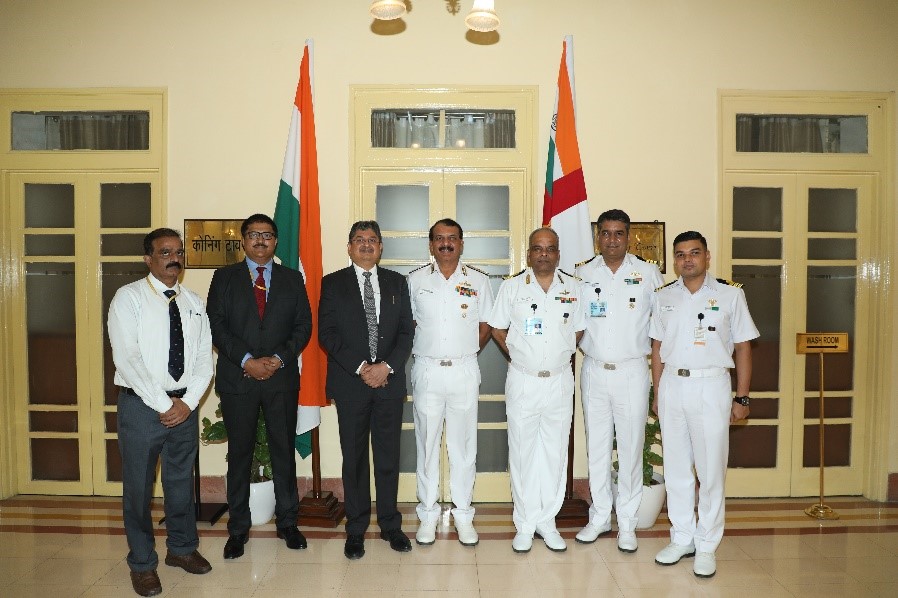 The detailed procedures to effect this transition have been issued by DG Shipping through the DGS Order 17 of 2022. The Order duly acknowledges the naval sea service and advanced training undergone by IN personnel and covers almost all the officers’ and sailors’ cadres of the IN, both in the Nautical as well as Technical domains. The Scheme would ensure naval personnel acquires a Certificate of Competence, while in Naval Service, which is recognised globally, after undergoing relevant bridging courses and examinations and a minimum merchant ship sea service in certain cases as mandated by STCW provisions. This would aid IN personnel in a smooth transition to various designations on-board Merchant ships, both in India as well as in shipping companies across the globe.

The transition schemes, which have been formulated after due diligence and taking into consideration a host of factors including international regulations, have introduced various provisions which offer a direct transition to IN personnel even up to the apex ranks in the Merchant Navy. IN personnel after having adequate experience in the Navy would now be able to join directly as Masters on Foreign Going ships of unlimited tonnage in the Nautical side and up to the rank of Chief Engineers in the Engineering domain.