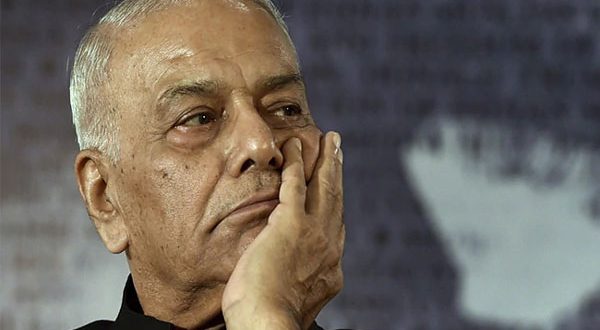 New Delhi: 21/6/22:The opposition parties on Tuesday announced former Union Minister Yashwant Sinha as their consensus candidate for the post of President, the election for which is to be held on July 18.

“We (opposition parties) have unanimously decided that Yashwant Sinha will be our common candidate for the Presidential election,” Congress leader Jairam Ramesh told media persons soon after the meeting of the combined opposition parties held at the Parliament Annexe.

The meeting was called by NCP top leader Sharad Pawar and attended by leaders from the Congress, TMC, Samajwadi Party, CPI, CPI-M, National Conference, and RJD among others.

“In his long and distinguished career in public life, Sinha has served the nation in various capacities. An able administrator, accomplished Parliamentarian, and an acclaimed Union Minister of Finance and External Affairs, he is eminently qualified to uphold the secular and democratic character of the Indian republic and its constitutional values,” he said, voting for the Presidential poll is scheduled to be held on July 18 and counting to be held on July 21.