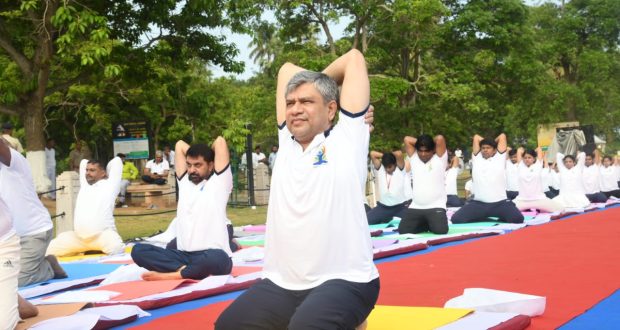 in Uncategorized June 21, 2022 Comments Off on International Yoga Day celebrated at 75 Iconic Places across the country including three from Odisha 62 Views

Bhubaneswar:21/6/22:The 8th International Day of Yoga has been celebrated in grandeur at 75 Iconic Places across the country including three from Odisha on Tuesday. Three central ministers led the grand celebrations in the state with mass demonstration of yoga following the common yoga protocol. 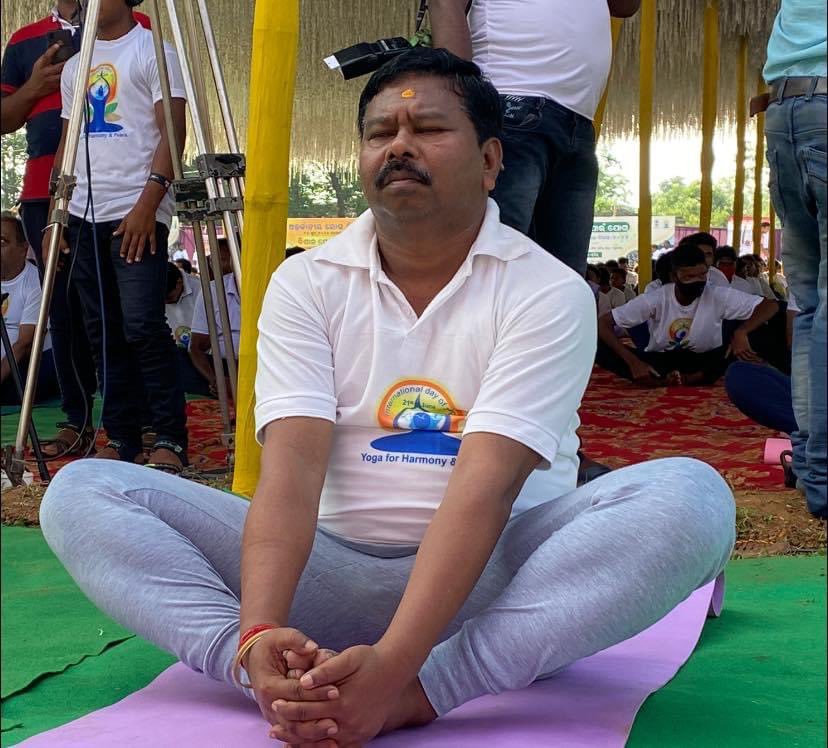 During the event, PM’s address to the nation was live-streamed, from Mysuru Palace, Karnataka to a large number of participants at all the three iconic places. To commemorate the International Day of Yoga 2022, country-wide celebrations were organised at 75 iconic places under the theme of ‘Yoga for Humanity’. The event was aimed at creating awareness about various dimensions of Yoga.

Ahead of the mass demonstration of yoga at Konark, Railway Minister Shri Ashwini Vaishnaw addressed the gathering. In his address, the minister defined yoga as a way of life and said that yoga is celebrated across the world from Tokyo to America due to the efforts of Prime Minister Shri Narendra Modi and it has already become a part of the life of Indians.

In his address at Puri, Dr. Mahendra Nath Pandey said that yoga is the embodiment of unity of mind and body, thought and action, restraint and achievement, and harmony between man and nature. He said it is a holistic approach to health and wellness adding that yoga is not a mere exercise but a means of establishing identification with oneself and with the world and nature. 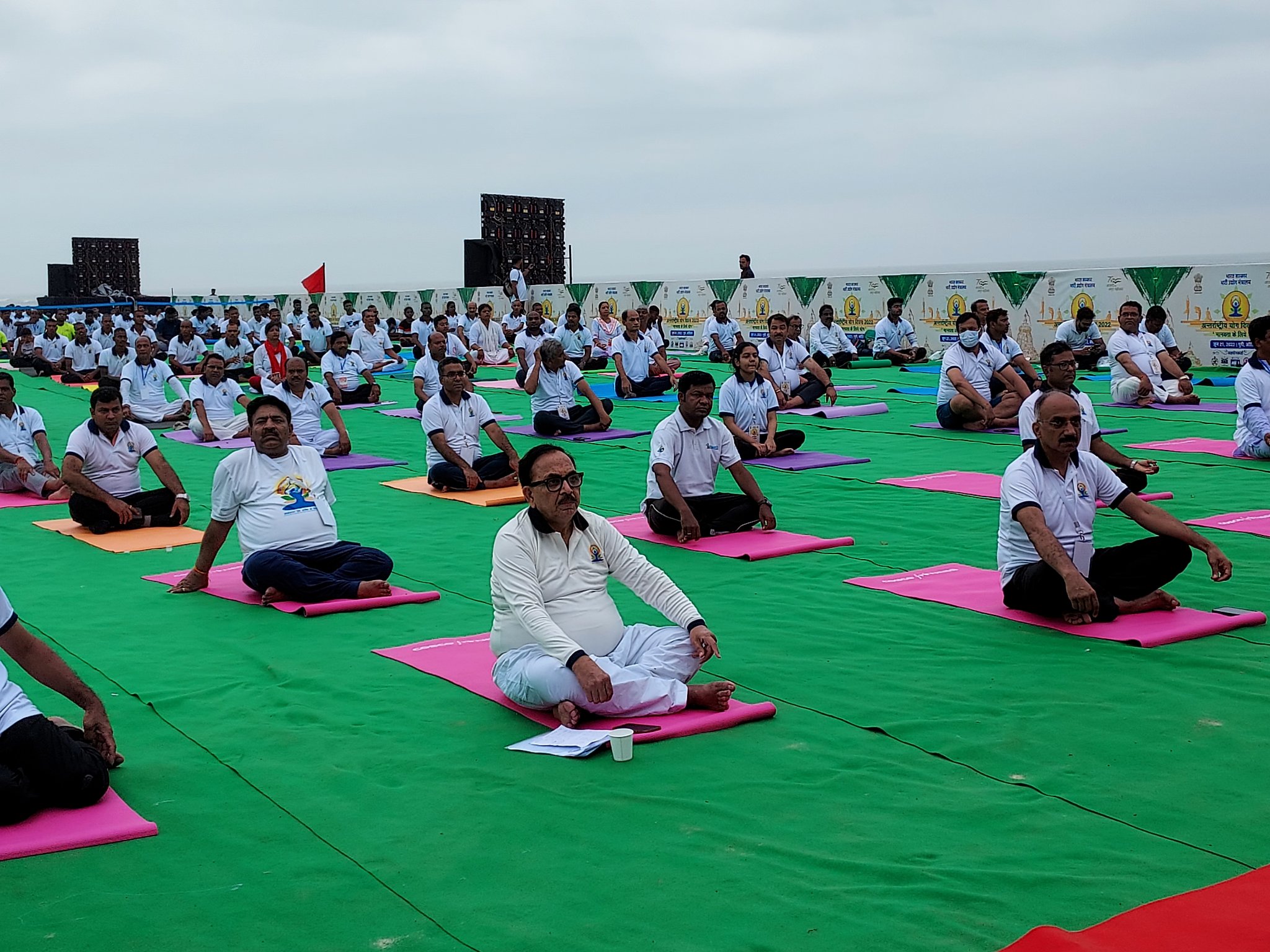 At Kichakeswari Temple in Khiching, Mayurbhanj, Minister of State for Jal Shakti and Tribal Affairs, Shri Bishweswar Tudu joined a large number of gatherings and performed different postures of yoga with them. The minister defined the benefits of yoga for health and mentioned about Prime Minister’s contribution to popularizing yoga.

Celebration of yoga with mass demonstration of the age-old practice was organized at the 75 locations across the country including three from Odisha today as part of the ongoing Azadi Ka Amrit Mahotsav to commemorate the 75th year of Independence of the country. Several yoga activities were performed at all these iconic places today.

The International Day of Yoga is celebrated annually on 21st June since 2015, following its inception in the United Nations General Assembly in 2014.

2022-06-21
Editor in chief
Previous: Sanjay Kumar Singh took charge as the new principal secretary of the I&PR Department
Next: Union Education Minister calls for research and discussions on Yoga by educational institutions 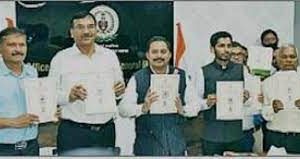