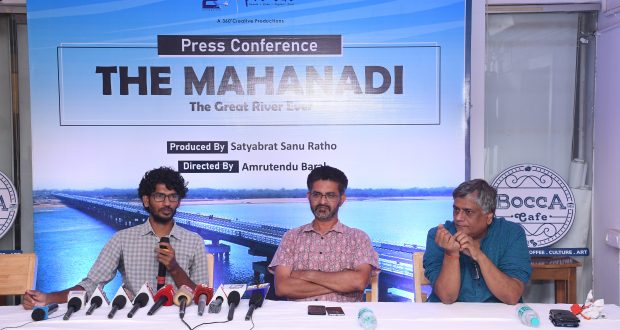 Bhubaneswar, 21st June 2022:The Mahanadi is one of the unique blessings of our lives, like agriculture, drinking water, electricity, tourism etc. However, many factors such as dam construction, sand mining, bridge construction, industrial waste, religious waste, domestic waste and river bank deforestation, are taking the river’s value to a lower level today, with consequences that affect the river. To uphold its pride, Prelude organized a press conference on the documentary the Mahanadi here today.

Speaking on the crisis of the Mahanadi river Mr. Dher said, “It is no more the Maha as its name goes and to understand this one needs to see and study it from the grassroots level. Many factors like illegal pollution, exploitation have curtailed the flow of this great river. I have studied Brahmaputra, Ganges, Chambal but there is nothing like Mahanadi. I am not saying this because I am an Odia. Its length, stretch, beauty, everything is remarkable. We should keep Mahanadi as Mahanadi. He also applauded the creativity of the entire team.”

Addressing the press Mr. Ratho said, “Mahanadi is such a river whose story needs to be documented and people need to be educated about it. So Amrutendu and I have talked about it at length and it is still in the pre-production stage. Mahanadi is such that it cannot just documented in one documentary or film. It has too much history and heritage that it needs a series of stories, I believe.”

In his deliberation, Mr. Baral said, “Nature has too much to teach us and it is human fault. That’s a path towards destruction. We cannot change the damage done but we can at least lessen the damage. The vision of this film is to reclaim the damage done and educated people about it. Our aim is to make people aware of the damage done.”

2022-06-21
Editor in chief
Previous: Opposition parties announced Yashwant Sinha as their candidate for the post of President
Next: 8th International Day of Yoga was observed at the Community Centre of IIT Bhubaneswar 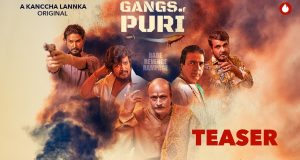 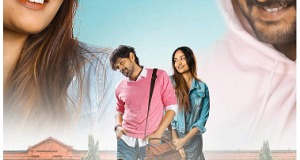