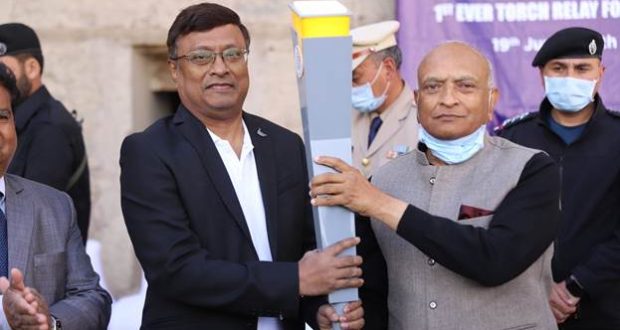 Ladakh:20/6/22: Leh hosted the 1st ever Torch Relay of 44th Chess Olympiad today. The torch, launched by Prime Minister Narendra Modi on Sunday, began its relay from Leh, this evening. The torch will travel in 75 cities for 40 days before it culminates at Mahabalipuram in Tamil Nadu. 189 countries are participating in the Chess Olympiad.

Chess grandmasters will receive the torch at various identified venues. Grand Master Dibyendu Barua brought the torch from Delhi and handed it over to LG RK Mathur, to begin the relay from Leh.

In a programme at historic Leh Palace, Ladakh LG RK Mathur received the torch from Grand Master Dibyendu Barua. Speaking on the occasion LG Mathur said that it is an honour and rare opportunity for the country to host the first-ever torch relay. He said, the presence of grand master Dibyendu Barua and playing rapid chess with him would inspire Ladakhi youths to take up Chess as a game apart from the outdoor sports. He wished Indian contingents every success at Chess Olympiad. 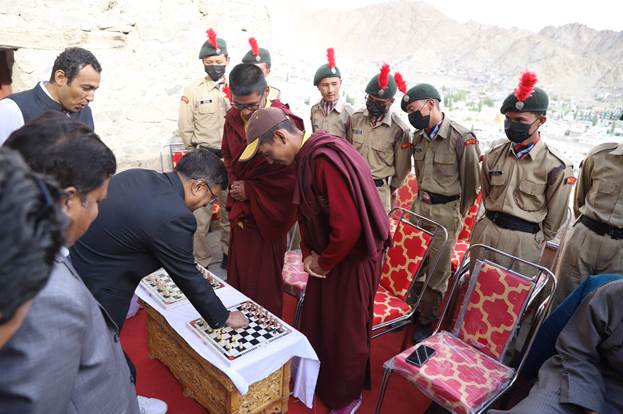 Speaking to the media, Grand Master Dibyendu Barua said that for the first time, the International Chess Body, FIDE, has instituted the Chess Olympiad Torch that is part of Olympic tradition, from the biennial Olympiad starting from 28th July to 10th August, in Mahabalipuram. He appealed to the youths to take up chess seriously. 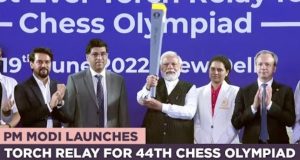