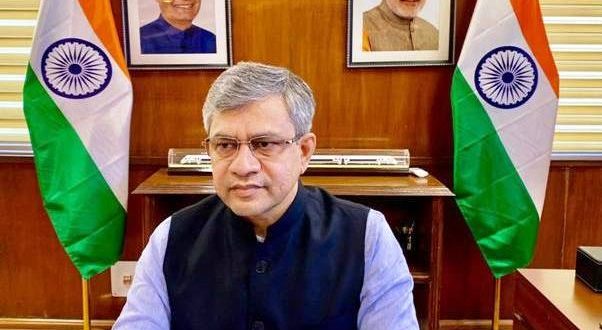 in State News 7 days ago Comments Off on Union Minister Ashwini Vaishnav will visit Odisha on 21st June, 2022. 51 Views

Bhubaneswar:19/6/22: Minister of Railways, Communications and Electronics & Information Technology, Ashwini Vaishnav will visit Odisha on 21st June, 2022. During his visit, Vaishnaw will join in Yoga Day.

International Day of Yoga is being Celebrated at 75 Heritage sites all over the country where Konark Temple from Odisha is being nominated. Prime Minister Narendra Modi will also participate in Yoga Day from Mysuru through Video Conferencing.

International Day of Yoga 2022 is being celebrated on 21st June 2022 with the theme ‘Yoga for Humanity’ across the world with great enthusiasm. Yoga helps to stay energetic and have a strong immune system. Yoga is an ancient ascetic practice that originated in India that combines physical, mental and spiritual pursuits to achieve harmony of the body and mind. There are numerous benefits of practising yoga regularly. United Nations General Assembly in December 2014 decided to celebrate the International Day of Yoga which was implemented worldwide on 21st June 2015.