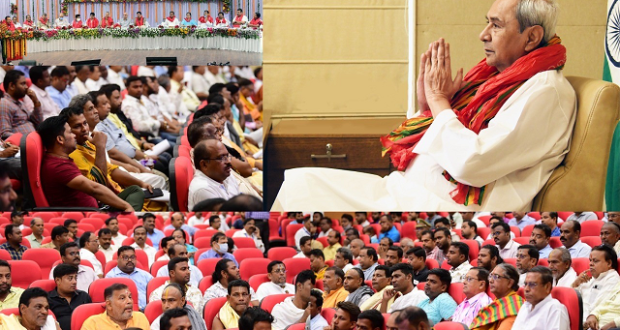 The Odisha CM expressed his happiness as the world-famous Rath Yatra is being organised after a two-yera-long gap and hundreds of devotees are expected to take part. Following this, he directed officials to make all necessary arrangements for the smooth conduct of the grand festival.

He also thanked the servitors for their coordination in organising the Rath Yatra during the COVID, and for bringing the chariot itself to the Gundicha temple.

The meeting was attended by Law Minister Jagannath Sarka, who briefed on various decisions related to the preparation of the rath yatra and its implementation.

Development Commissioner P K Jena gave a detailed account of all the preparations made for the ride.