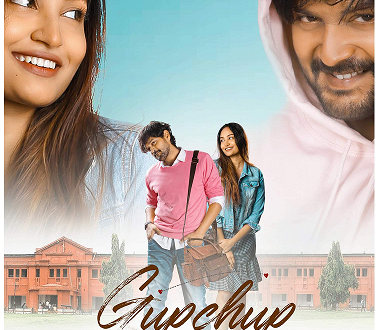 Bhubaneswar:11/6/22:Watched a genuinely good Odia film after a long time. After last year’s CHARITRA, Raati Sari-Sari Jauchi, this year surprised FOUR if any film could engage me it’s GUPCHUP.

The best part of the movie is its layered screenplay and treatment of some scenes. The story has been well written by Manas Padhiary. The star and protagonist of the movie is Amlan & the story revolves around him and his 3 phases of Love. I had not seen much of Amlan but I loved his performance here and his character graphing the time transitions. His school-time incarnation has been played by debutant Shailendra who makes a confident debut & performs with a lot of energy. His school-age love interest has been played by another debutant Aurosikha Mishra who’s equally good. I’ll not give the spoilers of what happens in his different phases. Animesh Panda also plays a nice Cameo

Then in college, the character is played by Amlan himself and his 2 constants and best friends since school Pammi is played by Ashwin Ray Mohapatra who’s really good in some scenes and Shreya( I don’t know her name) who’s really natural and good in every scene. Here his love interest is played by Ananya who has given another brilliant performance after last year’s Charitra. In fact, one of the best expressions in the movie comes from her when Amlan’s character (Anni) gives her a condition to join their group that she can’t be sad. That transition in her expression was magic, beautifully captured by the DOP Akshay Kumar Nayak who has shot this entire film beautifully making it engaging. In the third phase, his love interest is played by the supremely talented Sunmeera who’s brilliant and makes the second half engaging with her natural performance. 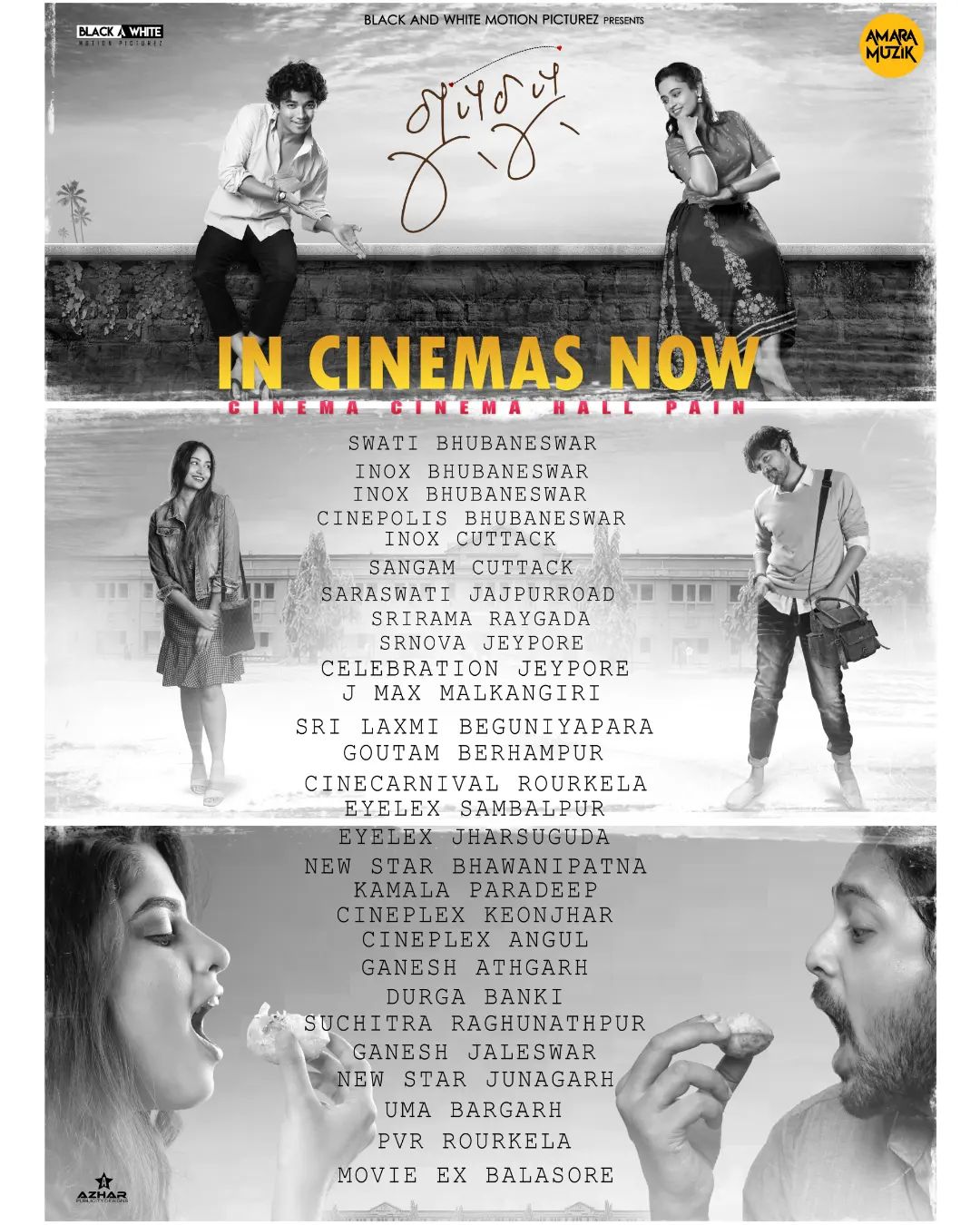 Debutant Himagni Dutta who holds the thread of the movie(Sutradhar) takes the story forward with her confident performance. The acting part is really good with genuine contributions and good performances by all the artists including a cameo by Papu Pom Pom who’s himself as usual and an emotional cameo in the climax by the legendary Mihir Das. Generally in Odia films, emotional scenes are treated so half hazardously and immaturely with bad BGM that it becomes torturous for the senses.

Here the BGM by Nabs has been apt, soothing and goes well with the scenes. The credit for that goes to the HERO & Captain of the ship the Director Prithvi Raj Pattnaik who has handled the subject very sensibly and sensitively. The editing is crisp and done well by Manas Kumar Sahoo. The two songs were very good. Maahi Maahi and the modern rendition of To Akhi Mo Aaina . A round of applause to the entire team especially the young producer Aniket Das who has supported the film well and it has come out really well. Friends please go and watch it and share your feedback. It’s Raja time and trust me this film won’t disappoint you. Enjoy this Rajja with Gupchup. (Courtesy:FACEBOOK PAGE)

The story of this movie is also very different. The main attraction of the film is the story of a pure Odia youth. The story revolves around love, romance, suspense, friendship, and the ordinary life of a common man. Comedy King Papu Pam will be seen in the role of comedy characters. For the first time, four heroines will be seen in the film. Amlan is in the lead role against the four heroines. Among the heroines, director Prithviraj Patnaik has experimented in movies with Sunmeera Nagesh, Himagni, Ananya, and Anusika. This is a high-budget movie that compares to the recent past.

This is the first time that Sailendra Samantaray and Himagni, started their careers with music videos. Amlan has been an issue in real life but will be seen as a struggle and a lover in reel life. The film stars Sailendra in the role of Amlan as a child. Producer Aniket Das and Sanghamitra Mohanty are experimenting on newcomers like Sailendra and Himagni. The story is written by Manas Padiary. The songs are sung by Sashanka, Satyajit, Sushant Padhi, Ananya, and Asima Panda. Similarly, Raja D has choreographed this film.

The role of actress Sunmeera Nagesh will appeal to the audience in the film.  Sunmeera will be seen in the role of an ordinary young woman in the film. The girl has an up and down graph on her life. At first, she fell in love with Amlan. The film’s climax has been put on hold. Which will be made the movie exciting for the audience