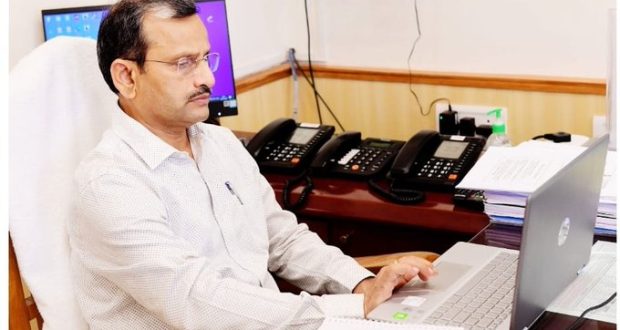 Bhubaneswar:9/6/22: In another definite step towards the creation of new employment and additional livelihood avenues through industrialization, the State Level Single Window Clearance Authority (SLSWCA) meeting was held on digital mode under the Chairmanship of Chief Secretary Suresh Chandra Mahapatra today accorded in-principle approval to eleven investment projects envisaging investment of around Rs.2082.17 cr, and employment opportunity for 3612 persons.

Presenting financial and technical details of the investment proposals, Principal Secretary Industry Hemant Kumar Sharma said that the projects were employment-intensive in the sectors like steel Downstream, Tourism, Information Technology and ESDM.

Giving in-principle approval to the projects, Chief Secretary Suresh Mahapatra directed IPICOL to have oversight on the construction and commissioning of the projects approved earlier. Concerned departments were asked to extend proactive facilitation for expeditious grounding and construction.  The Chief Secretary also directed that the industries should employ the persons ‘skilled in Odisha’.

2022-06-09
Editor in chief
Previous: Work hard with utmost sincerity, adopt new technology and give their best for the betterment of the state:Naveen Patnaik
Next: State Transport Authority has decided to ply 100 special buses between Bhubaneswar, Cuttack and Puri for Rath Yatra