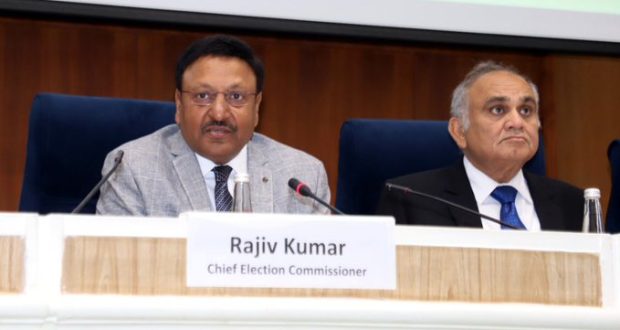 in National June 9, 2022 Comments Off on Election Commission announced July 18 as the date of the 16th Presidential Election 213 Views

Newdelhi:9/6/22:The Election Commission on Thursday announced July 18 as the date of the 16th Presidential Election for electing the next President of India.

“The ECI has fixed the schedule for the election of the office of the President of India. The notification for the election will be issued on June 15, the last date for nomination is scheduled for June 29, while the polls are to be held on July 18. The counting of the votes, if needed, shall be done on July 21,” Chief Election Commissioner Rajiv Kumar said at a press conference in New Delhi.“The commission has decided to maintain all Covid precautions and protocols on polling day,” he added.The tenure of President Ram Nath Kovind will come to an end on July 24, 2022, and as per Article 62 of the Constitution, an election to fill the vacancy caused by the expiration of the term of office is required to be completed before the term ends 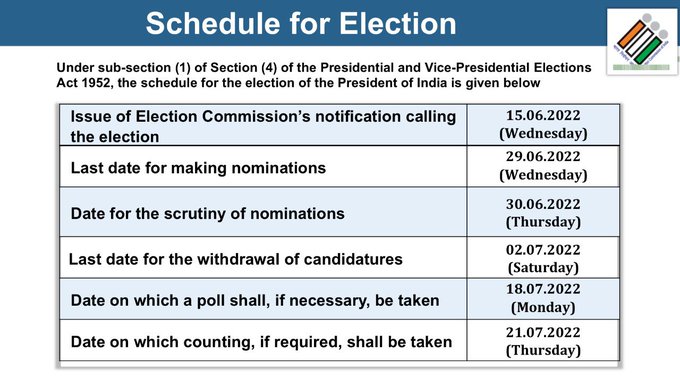 The law provides that the notification for election shall be issued on or after the sixtieth day before the expiry of term. Article 324 of the Constitution, the Presidential and Vice-Presidential Elections Act, 1952, and the rules made thereunder vest the superintendence, direction, and control of the conduct of election to the office of the President of India in the ECI.The President is elected by the members of the Electoral College consisting of elected members of both Houses of Parliament and elected members of the Legislative Assemblies of all States including National Capital Territory of Delhi and the Union Territory of Puducherry.

However, the nominated members of either Rajya Sabha and Lok Sabha or Legislative Assemblies of the states are not eligible to be included in the Electoral College and therefore, are not entitled to participate in the election process. Similarly, members of the Legislative Councils are also not electors for the Presidential election.

2022-06-09
Editor in chief
Previous: New salary-related announcement for Odisha Plus 2 lecturers
Next: Prime Minister Narendra Modi has inaugurated the Headquarters of the Indian National Space Promotion