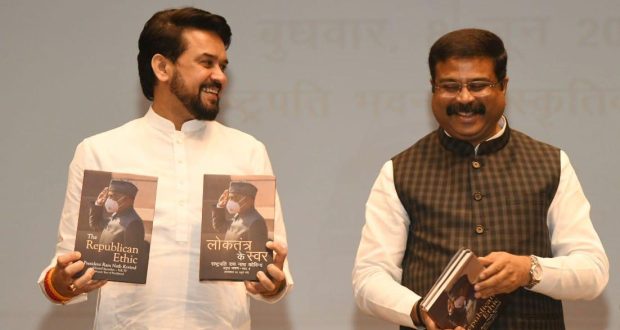 Newdelhi:8/6/22:Union Education and Skill Development & Entrepreneurship Minister Shri Dharmendra Pradhan along with Union Minister for Information & Broadcasting and Sports Shri Anurag Thakur today released a book  ‘Loktantra ke Swar’ and ‘The Republican Ethic’ having selected speeches of the President of India Shri Ram Nath Kovind. This the fourth volume of the series featuring the fourth year of presidency of Shri Ram Nath Kovind. The compilation contains speeches on a wide range of subjects. E-books were also released on the occasion.

Shri Dharmendra Pradhan said that the compilation of speeches by the President of India Shri Ramnath Kovind in his 4th year in office is a good barometer for the state of the nation. The Minister highlighted that this book captures President’s thoughts on varied topics such as public service, ethics, education, aspirations of our youth, contemporary global issues. The book will enrich public discourse and serve as guiding light towards taking India forward in the Amrit Kaal, he added. The Minister also suggested that the educational institutions should engage students in discussions and debates on the relevant topics elucidated by President in his speeches. 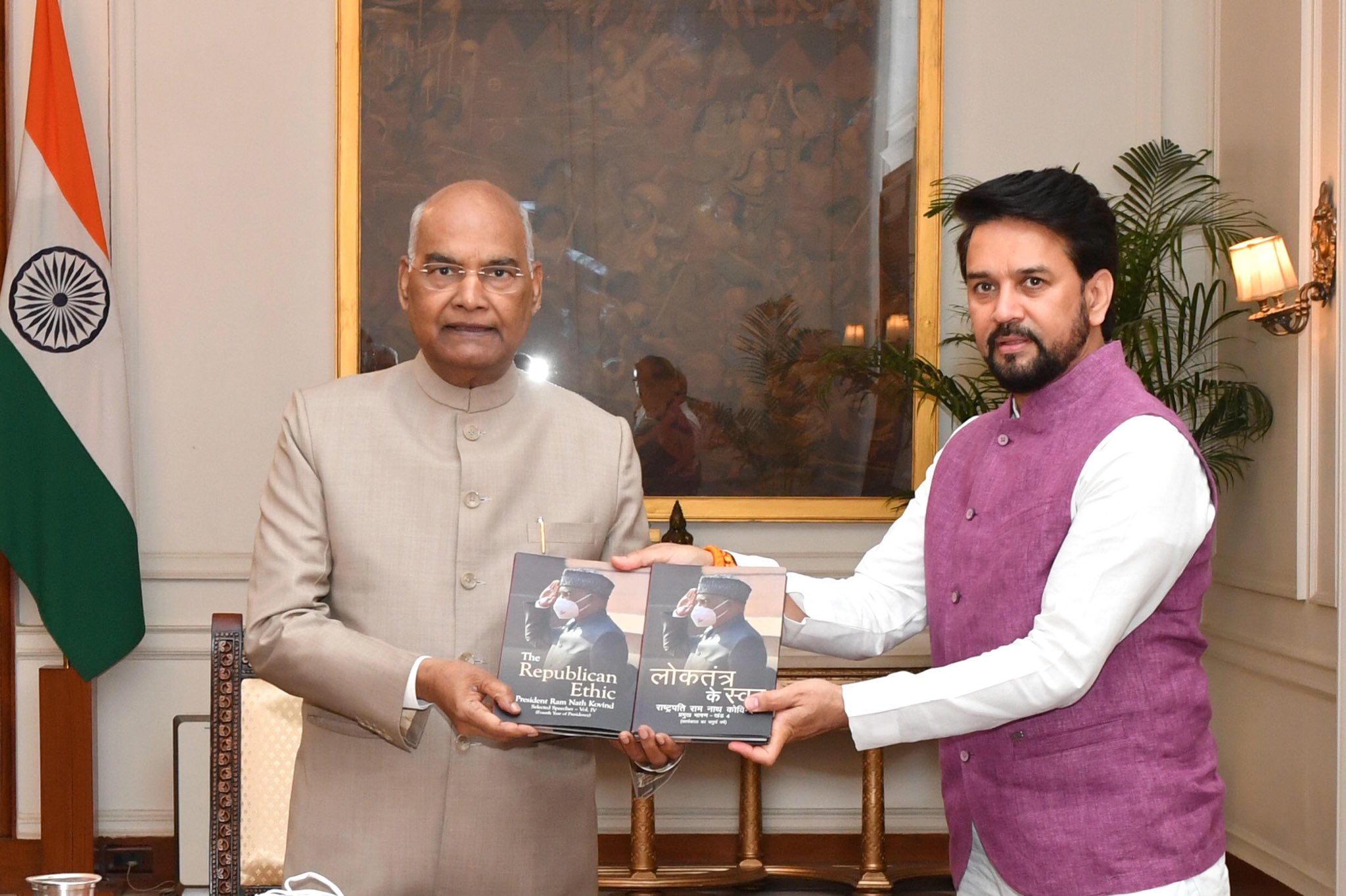 Speaking on the occasion, Shri Anurag Thakur said that our nation is undergoing a significant transition and transformation as we mark ‘Azaadi Ka Amrit Mahotsav’ and look to leap into the future, envisioning our journey towards India’s 100th Independence Day.  He said that the speeches of the President of India are part of our heritage – preserving for posterity the vision, the aspirations and the achievements of the nation, reflected in the wise words of our Head of the State. He said that through his speeches, President has captured the essence and flavour of India in all its hues. He terms President’s speeches timeless and window to the  journey of India during this period

Shri Thakur expressed satisfaction at the Publication Division of Ministry of Informantion and Broadcasting successfully completing this prestigious assignment and congratulated all stakeholders involved in the process.

This volume contains the speeches delivered by the President on numerous occasions during the fourth year of his presidency. The compilation includes a wide range of speeches that touch the diverse facets of the nation’s life. A total of 38 speeches have been selected and categorized into eight sections. These are : (i) Addressing the Nation, (ii) Educating India, Equipping India, (iii) Dharma of Public Service, (iv) Honouring Our Sentinels,(v) Spirit of the Constitution and Law, (vi) Acknowledging Excellence, (vii) Moral Exemplars, Guiding Lights, and (viii) Window to the World.

In this volume, The President expresses his innermost thoughts on issues and personalities. As the world came to a standstill and taking a grip as a fall-out of the Covid-19 pandemic, the President Kovind led by example. He had more virtual speeches than public ones. If the troubled times called for resolute and united action and strategy, the President followed the set norms. Staying within the precincts of Rashtrapati Bhavan, he showed how the exigencies of the ‘new normal’ could be tackled by being in sync with nature 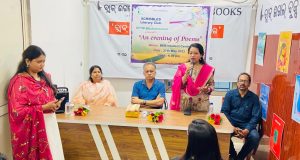