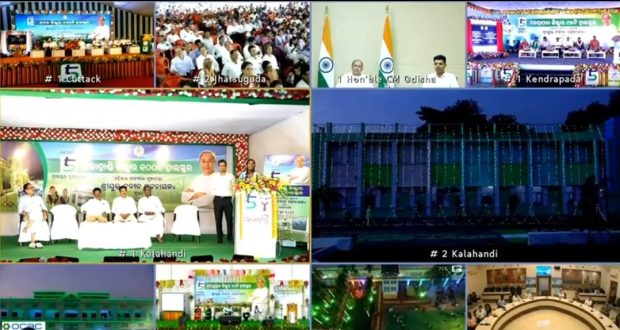 Bhubaneswar6/6/22:: As part of the 2nd phase of High School Transformation Programme under the 5T Initiatives of the Odisha Government, Chief Minister Naveen Patnaik Monday inaugurated 490 Transformed High Schools across five districts of the state.

The Odisha CM dedicated 95 transformed high schools in Kendrapara, 135 in Cuttack, 100 in Kalahandi, 70 in Jharsuguda and 90 in Bargarh districts. In the second phase, a total of 2,908 high schools have been transformed and are being inaugurated in a phased manner.

Addressing the school-going students via video conferencing, the Chief Minister said that the transformed schools have filled the children with joy and excitement. This has created new hopes and aspirations among them.

The Chief Minister thanked the School Management Committee, the Panchayat representatives, the alumni, and the teachers for the success of the high school transformation programme under the 5T initiatives.

2022-06-06
Editor in chief
Previous: Successful training launch of an Intermediate-Range Ballistic Missile, Agni-4, was carried out
Next: Odisha Chief Minister purchased the 1st ticket for the upcoming T 20 international match