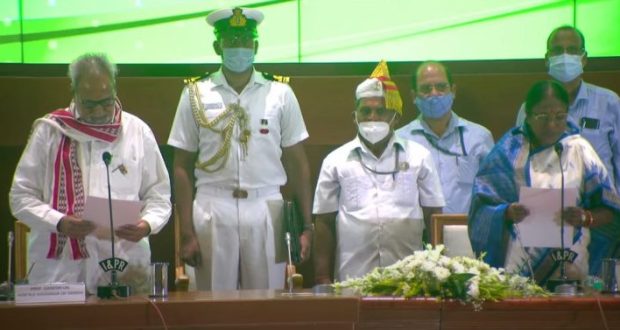 in State News June 5, 2022 Comments Off on Odisha Chief Minister Naveen Patnaik carried out a major revamp of his cabinet 123 Views

Bhubaneswar:5/6/22 Odisha Chief Minister Naveen Patnaik carried out a major revamp of his cabinet on Saturday by asking all the 20 ministers to resign from their respective posts.

In the revamped cabinet, as many as 13 MLAs have reportedly been given cabinet ministerial berths while eight MLAs have been given the minister of state portfolios.

Here is the full list of new ministers in the new cabinet.