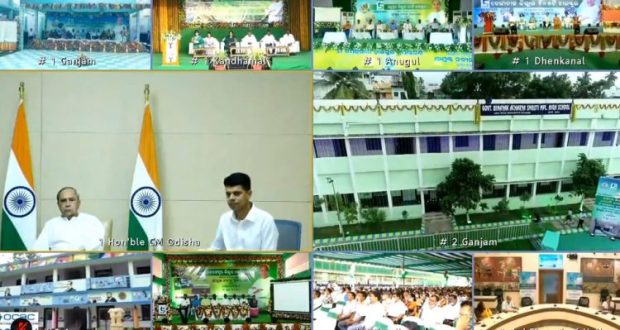 On the occasion, the Chief Minister said that the school transformation initiative has filled the children with joy and excitement. This has created new hopes and aspirations among them, he said.

The Chief Minister thanked the School Management Committee, the Panchayat representatives, the alumnus, and the teachers for the success of the 5T high school transformation programme.

Revealing that education is the biggest change in life, the Chief Minister said that called students to make good use of this important time of life and to create a new identity for themselves, for their families and for Odisha.

During interactions, when a student from Nabarangpur, Juis Suna, drew attention to the issue of transportation to schools, the chief minister said that more hostels for children would be set up soon.

2022-06-03
Editor in chief
Previous: Supreme Court Rejects PIL Against Construction Around Puri Srimandir as part of the Srimandir Heritage Corridor Project
Next: Women play a huge role in the transformation story of New Odisha:Naveen Patnaik