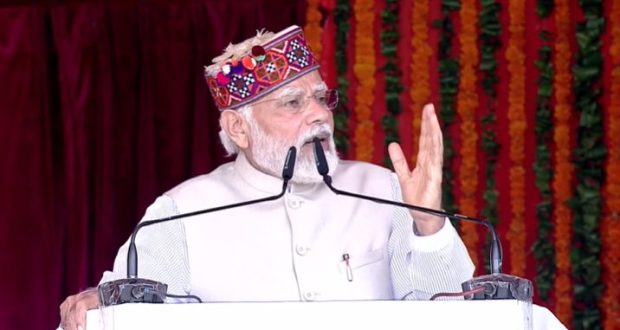 in National May 31, 2022 Comments Off on PM Modi interacts with beneficiaries of govt programmes across country in Garib Kalyan Sammelan 84 Views 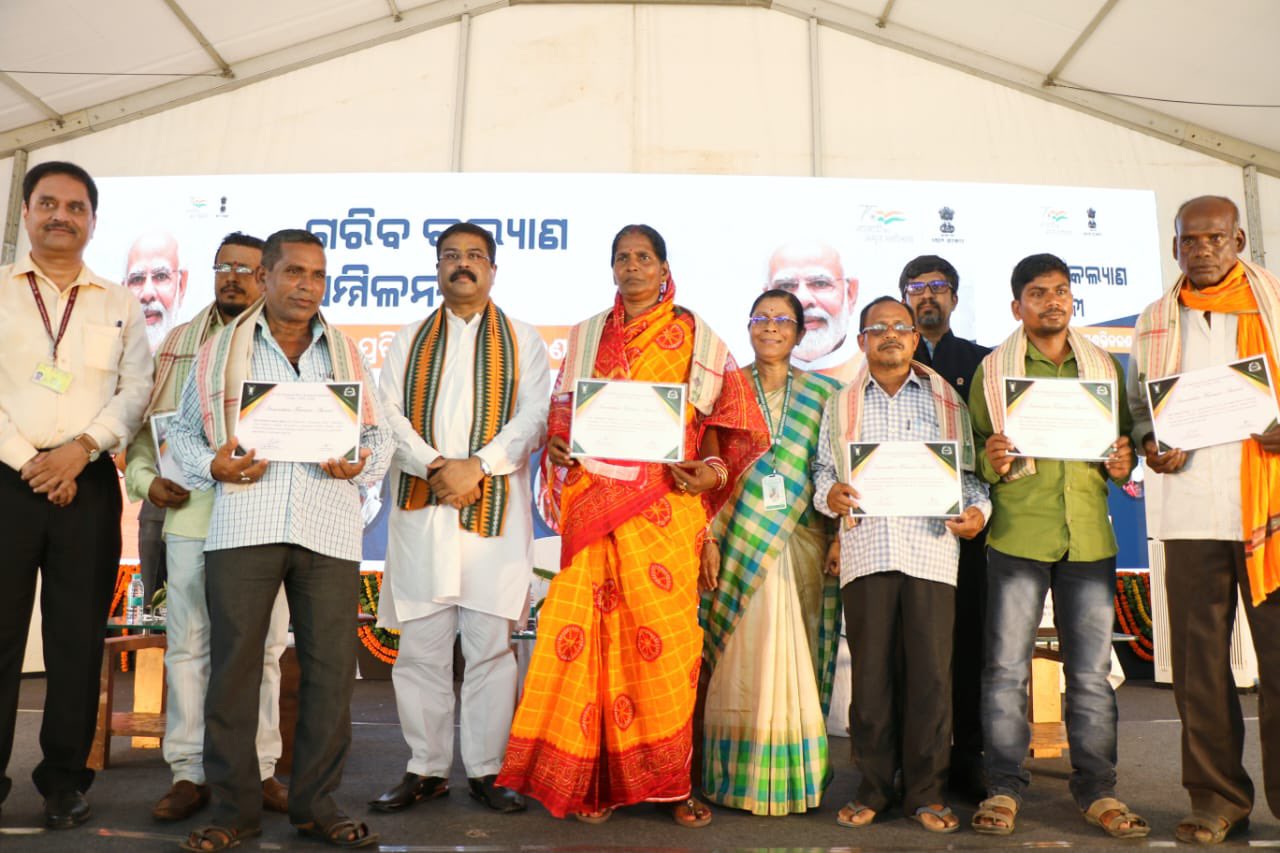 ‘Garib Kalyan Sammelan’ marking the completion of eight years of the government led by the Prime Minister is being organized across the country at State Capitals, District Headquarters and Krishi Vigyan Kendras. The Sammelan conceptualizes elected public representatives across the country directly interacting with the public to get feedback about the various welfare programmes being run by the government.

The Prime Minister also released the 11th installment of financial benefits under the Pradhan Mantri Kisan Samman Nidhi (PM-KISAN) scheme. This will enable the transfer of an amount of around 21,000 crore rupees to more than 10 crore beneficiary farmer families. On this occasion, the Prime Minister also interacted with the beneficiaries of (PM-KISAN) across the country. Governor of Himachal Pradesh Rajendra Arlekar, Chief Minister Jai Ram Thakur and Union Minister Anurag Singh Thakur were among those present on the occasion in Shimla.

Addressing the gathering, the Prime Minister congratulated and wished the farmers as more than 10 crore farmers have received the money in their bank accounts through the PM Kisan Scheme. He expressed satisfaction that he released benefits under the PM-CARES for Children Scheme on the occasion of the completion of eight years of the government. He also expressed happiness for releasing the financial benefits under the Pradhan Mantri Kisan Samman Nidhi (PM-KISAN) scheme nationwide from Shimla. He thanked the people for giving him the opportunity to serve 130 crore citizens.
The Prime Minister also conveyed his satisfaction on marking 8 years by taking up the responsibility of the children who lost both their parents to the Corona pandemic through PM-CARES for Children yesterday. 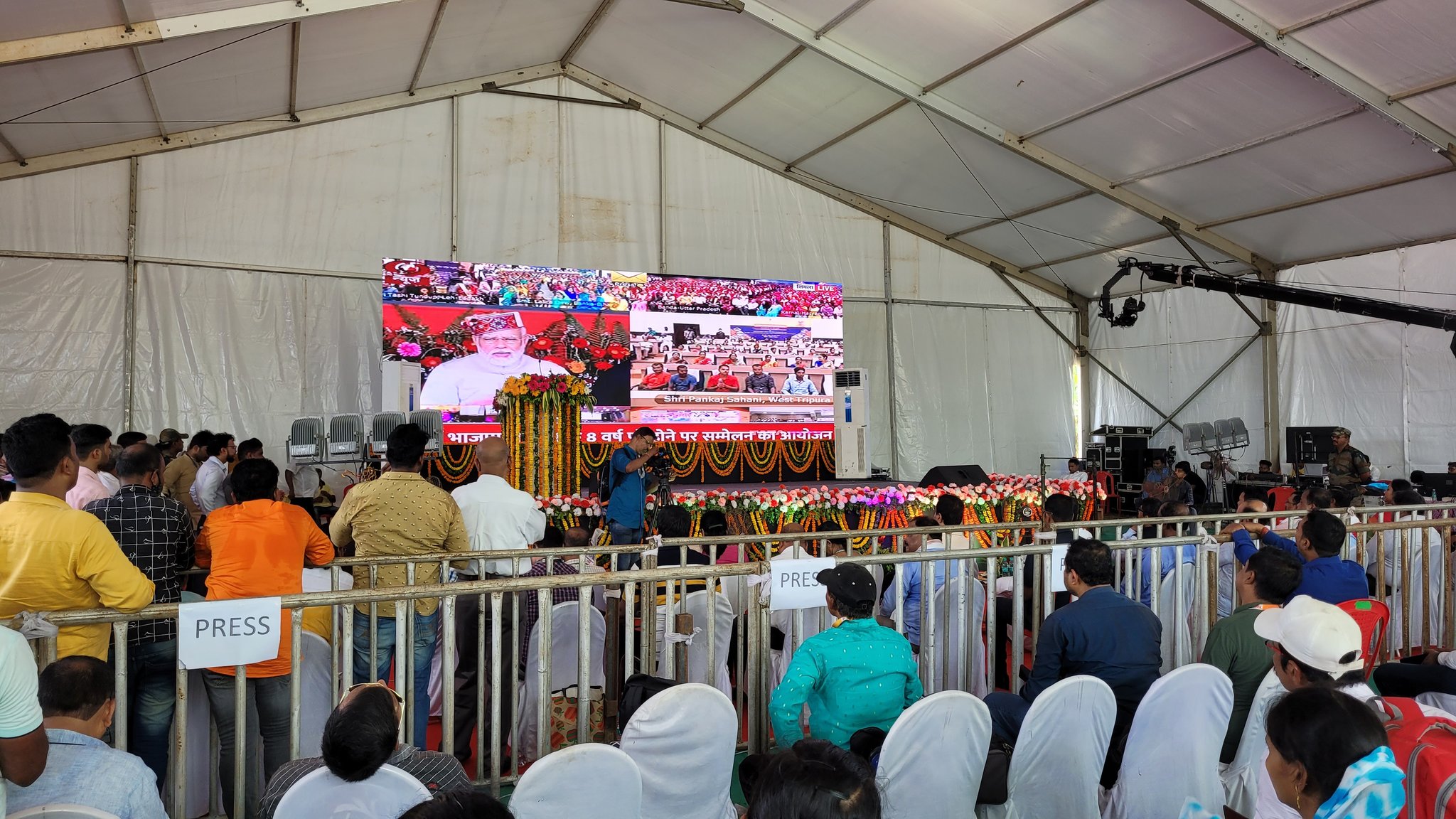 Interacting with the beneficiary from Ladakh, Mr. Tashi Tundup the Prime Minister talked about the arrival of tourists in Ladakh and his experience with the government schemes. The Prime Minister praised his services as an army man. Mr. Tundup said that he did not face any problem in availing the benefits of schemes like PMAY, Toilets, Gas Connections, and farming-related benefits.

Ms. Lalita Devi Ji from Bihar is a beneficiary of PMAY, Ujjwala, Swachh Bharat, and Jal Jeevan Mission. She informed the PM, how schemes led to her ease of living and dignified life. The Prime Minister said that with a house many things like education and marriage of the children will fall in place.
From West Tripura, Pankaj Shani, the beneficiary of ‘Ek Rashtra Ek Rashan Card’, PM Garib Kalyan and many other schemes informed that he got the benefits of many schemes like JJM, ONORC, PMAY, and electricity connection. He also informed that due to the ‘One Nation, One Ration Card’ he is not having any problems despite his migration from Bihar.

From Kalburgi of Karnataka Ms. Santoshi, a beneficiary of Ayushman Bharat narrated her experience with the scheme. She said that the Health and Wellness Centre and free checkups and medicines are bringing many changes in her life. The Prime Minister complimented her for her excellent way of communicating and joked that she should contest elections as she will be very popular. From Mehsana, Gujarat, Mr. Arvind, a beneficiary of PM Mudra Yojna was elated to talk to the Prime Minister and informed that his Mandap Decoration business has led to the expansion of business and he is promoting digital payment. The Prime Minister complimented him for educating his employees about the government scheme and also for being a job creator. The Prime Minister also blessed his daughter for sporting aspirations.

PM Shri @narendramodi releases the 11th installment of the financial benefit of Rs. 21,000 crores in the bank accounts of more than 10 crore beneficiary farmer families under the #PMKISAN scheme#8YearsOfGaribKalyan #8YearsOfSeva pic.twitter.com/5qTVAndbR9

2022-05-31
Editor in chief
Previous: Results of the Civil Services Exam-2021 were declared by the Union Public Service Commission
Next: All the four candidates of the BJD has filed their nomination for the upcoming Rajya Sabha election