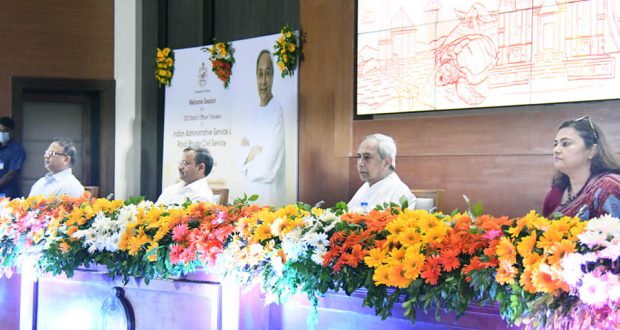 in State News May 29, 2022 Comments Off on Odisha Chief Minister encouraged the civil service probationers to follow the ideals and dreams of our founding fathers 149 Views

Bhubaneswar:  Odisha Chief Minister Naveen Patnaik Sunday encouraged the civil service probationers to follow the ideals and dreams of our founding fathers and strive to achieve excellence in jobs and serve the nation with pride.

Welcoming the officers, the CM said, ‘You are all entering a crucial phase of your life. The country has great expectations from young officers.’

Focussing on 5T Transformative model of governance, the CM said that Odisha is fast emerging as a leading state in many fields. We have adopted a transformative governance model built on the principles of transparency, teamwork, technology and time.

He said that Odisha was once known for poverty and disasters like cyclones. Today, we are recognised as a role models for disaster management across the world. We are a food surplus state and doubled the farmers’ income in the last decade. There is rapid reduction in poverty in the state, he added.

Under Mission Shakti, he said, 60 lakh women have been empowered who have become part of a movement to bring about socio-economic change in our rural areas.

Through Kalia scheme, we have been able to directly transfer money into the accounts of farmers, including small and marginal, he added.

With Biju Swathya Kalyan Yojana, he said, we have walked an extra mile and given health assurance to our citizens. While the health infrastructure has undergone a major up-gradation, the transformation of High Schools under 5T programme will bring a generational change in our students.

Coming to drinking water provision, he said that Puri has become the first city in the country with Drink from Tap facility and now this mission is being taken to other towns in the State. 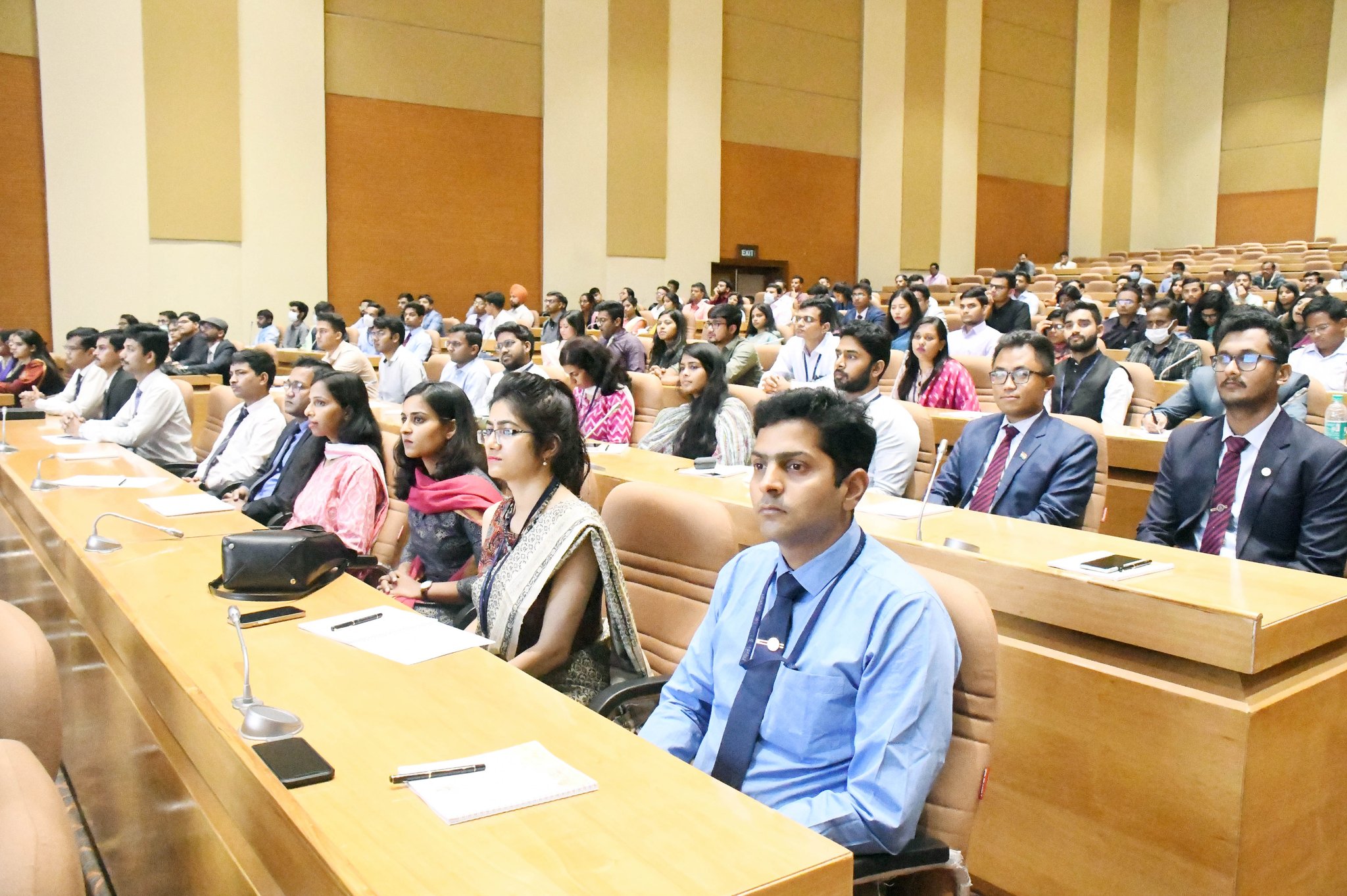 He hoped during their brief stay in Odisha, they would be able to learn from some of these projects. He hoped all of them take back home fond memories of this beautiful state.

A short video on State’s Transformative Governance was screened.

In his address, Chief Secretary Suresh Chandra Mohapatra said that Odisha is one of the fastest-growing states and also the best-managed state as far as finances are concerned. Citing the success in Covid management, he counted the efforts like free treatment to all patients, Oxygen supply, and community engagement that made Odisha one of the best states with least mortality due to Covid.

Joint Director LSBNAA Ms Radhika Rastogi said that experiential learning will have high impact on the learnings of the probationers. They would learn from Odisha’s success in various verticals over next three days.

A probationer of Chhattisgarh cadre Shri Jayant shared his experience of the Bharat Darshan tour. He said they are amazed by the transformation in disaster management in the state that is registering near zero casualties in every cyclone now.

Chief Secretary Suresh Chandra Mohapatra, IAS, Director General of Gopabandhu Academy Administration Smt. Ranjana Chopra, IAS and Vishal Dev, IAS, Principal Secretary, Finance Department attended the programme along with senior officers of the State Government. Later on, the probationers proceeded to Konark and Puri to see cultural heritage and architectural marvels of the Odisha temples and have a darshan of Lord Jagannath at Puri.

The officer trainees during their study tour will visit six districts, Dhenkanal, Angul, Ganjam, Jagatsinghpur, Keonjhar and Balasore and will have a first-hand experience of various welfare programmes, and development and livelihood schemes launched by the State. The probationers will also get an exposure to the State Government’s success in disaster management. The district Collectors will be planning a comprehensive programme to showcase the 5T transformational initiatives of the Government.

2022-05-29
Editor in chief
Previous: National Council for Teacher Education launches portal to streamline the process of recognition of teacher education programs of HEIs/TEIs
Next: Sishu Shrama Nirakarana Sachetanata Ratha Launched As a Campaign Against Child Labour