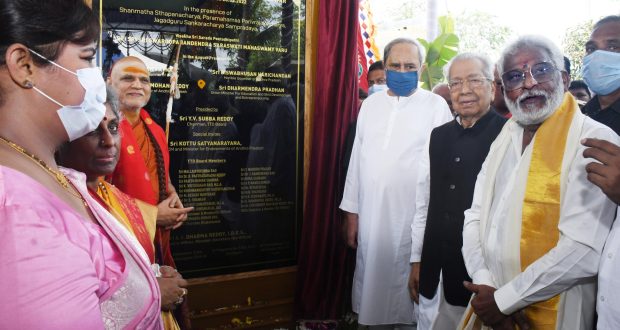 In his Anugraha Bhashanam on the auspicious occasion, Saraswathi Swami complimented TTD for taking up the protection and promotion of Hindu Sanatana Dharma in a big way across the country in the form of constructing Sri Venkateswara temples, Gau Samrakshana, Veda Parirakshana, etc. under the instructions of the Chief Minister of Andhra Pradesh YS Jagan Mohan Reddy.

In his speech, the Governor of Andhra Pradesh said, the newly constructed Srivari temple at Bhubaneswar is a benign blessing of Lord Venkateswara Himself to the denizens of Odisha. “This has facilitated those devotees who could not make their pilgrimage to Tirumala due to their age, health, finance and any other reasons. Now the devotees shall have the blessings of Sri Venkateswara Swamy at their doorsteps and they could have darshan of the Universal Lord every day”, he added.

Speaking on the occasion, TTD Chairman YV Subba Reddy said, the world-renowned Hindu Religious Organisation of Tirumala Tirupati Devasthanams(TTD) has taken up Hindu dharma prachara in a big way and has been conducting several religious, bhakti, dharmic activities on a large scale for the sake of the well-being of entire humanity. 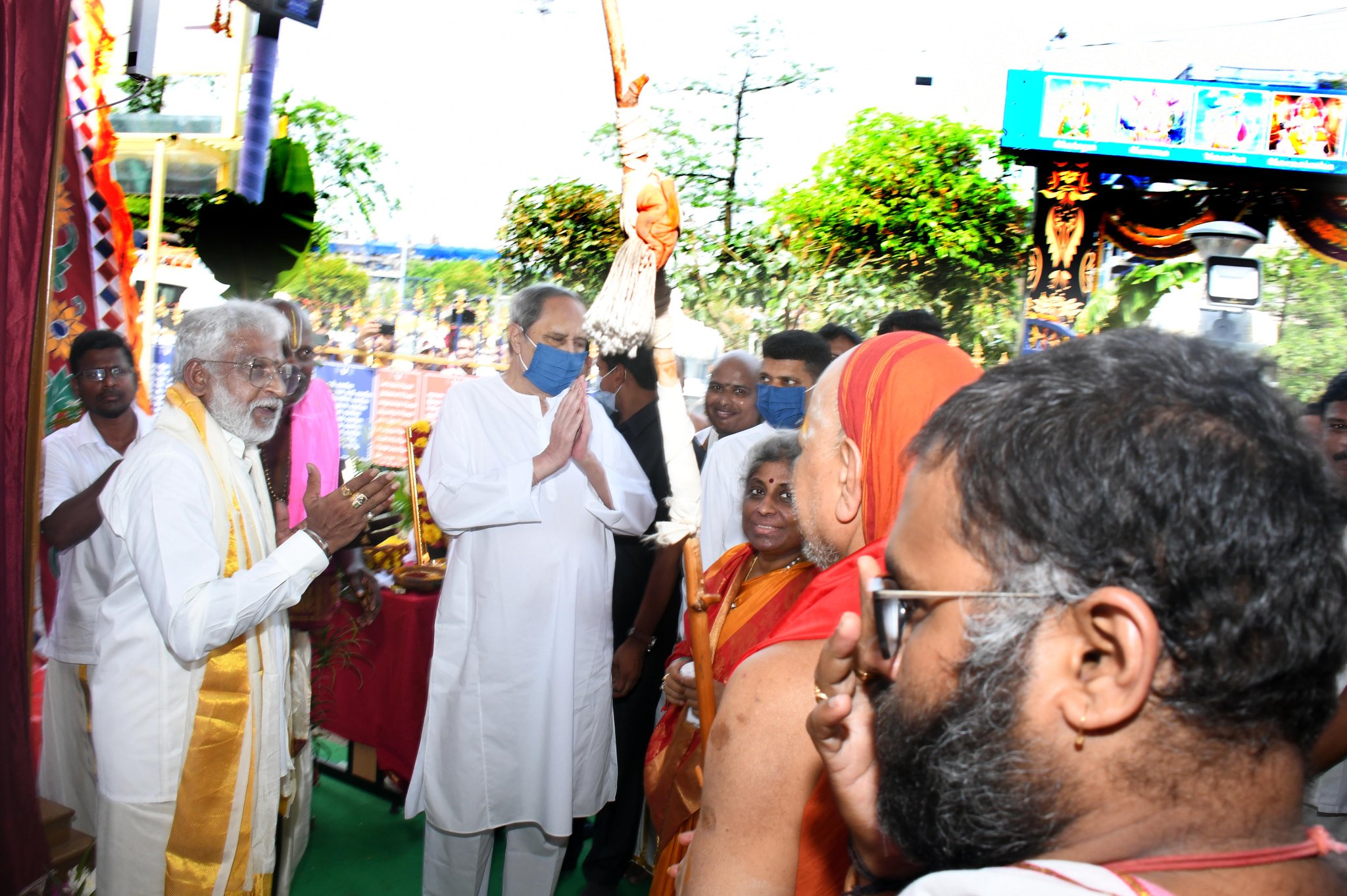 As a part of its chief agenda of protection and propagation of Hindu Sanatana Dharma, TTD has so far constructed 501 temples in the backward areas across and another 1,130 temples are underway. Under the instructions of Andhra Pradesh Chief Minister YS Jaganmohan Reddy, TTD has been providing them a free darshan of Sri Venkateswara for important occasions.

On the other hand, TTD has also taken up the Gau Samrakshana programs in a big way including “Gudiko Gomata”, wherein so far a cow and calf have been donated to nearly 171 temples across the country, “Go Puja” in all the TTD temples, a national seminar on Desi Cow Protection – GoSammelanam, “Govinduniki Go Adharita Naivedyam-preparation of Srivari Prasadams with cow-based organic farming, panchagavya products, navaneeta seva, etc. 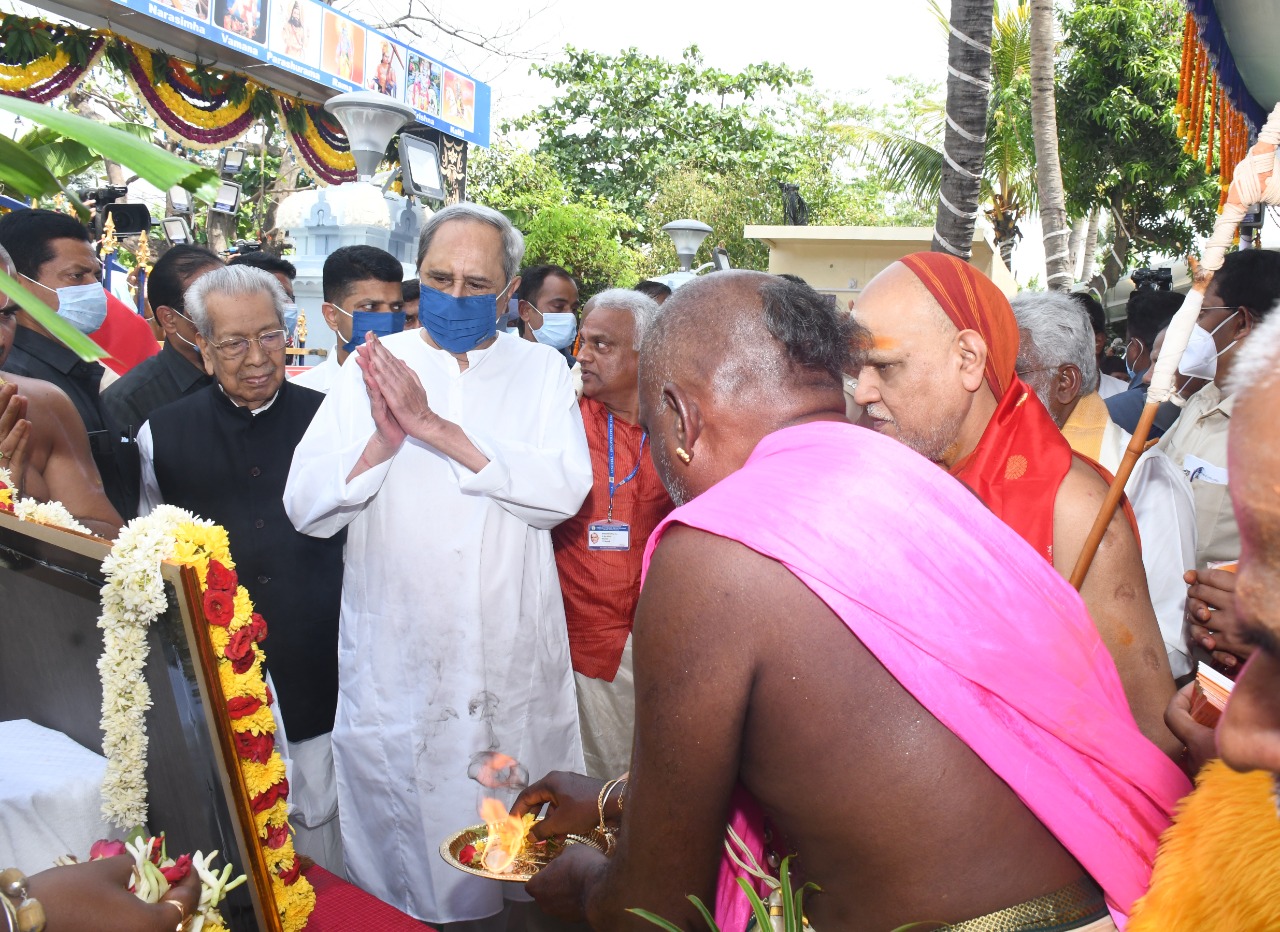 Giving boost to our great epics, TTD has been continuously organizing the parayanams and religious discourses that are being telecasted live on SV Bhakti Channel for the sake of global devotees and now they are being aired in Telugu, Tamil, Kannada and Hindi languages. He said TTD has so far constructed Sri Venkateswara Divya Kshetrams at New Delhi, Kurukshetra, Kanyakumari, Hyderabad, Visakhapatnam and today we opened the temple in this holy city of Bhubaneswar. SV temples are also coming up at Jammu and Navi Mumbai in near future”, he added.

2022-05-26
Editor in chief
Previous: ‘Mo Sarkar’ has given a new model to the administrative system in the State
Next: Arcelor Mittal launches XCarb™ Accelerator Programme to support breakthrough technology start-ups and drive decarbonisation