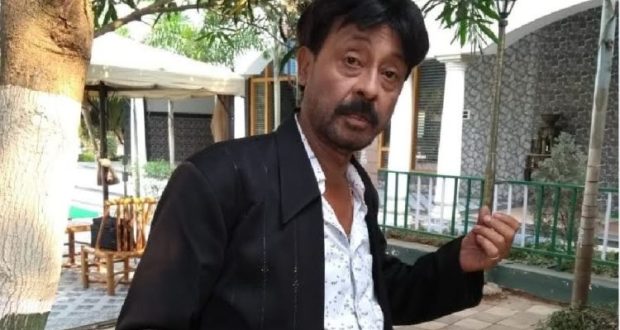 in Entertainment, Odia Cinema May 26, 2022 Comments Off on Noted Odia actor Biraj Dash passed away 87 Views

Bhubaneswar26/5/22:Noted Odia actor Biraj Dash passed away at a private hospital in Bhubaneswar on Tuesday, after a prolonged illness. He was 63. Biraj was suffering from lung cancer and he was undergoing treatment at the hospital for the past four months.

Biraj had carved a niche for himself by acting in several Odia movies and television serials. The veteran actor is popular in Odisha for his brilliant acting in movies like ‘Jaa Devi Sarba Bhuteshu’, ‘Maa Pari Kiye Heba’, ‘Golam Giri’  ‘Prem Chandan’ ‘Mo Bhai Jaga’, ‘Pua Bhangidela Suna Sansara’. His last acted film ‘Ajati’ is yet to be released.

Photo: Biraj Dash  in Odia film‘Ajati’ Directed  by Pranab Das is yet to be released(credit:Facebook Page)
He started his acting career in ‘Baga Baguli’ and never looked back. He played the lead role in ‘Ajaati’ directed by Pranab Das. He is also known for his acting in telefilms like ‘Tamasa Tire’ and ‘Daka Munsi’.

“He was a very popular artiste during his period. People of Odisha still remember his brilliant acting in several movies and teleserials,” said Biraj’s brother Dilip Das. Biraj Dash was an Odia actor who worked in Odia theater, Akashvani Radio, DD Odia, Odia film, Hindi series, and Bengali films. Dash started his career through theater and then joined DD Odia where he played various characters in different series, and telefilms. In 1986,