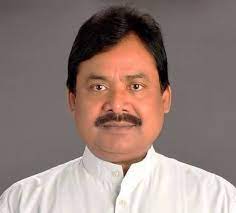 Bhubaneswar:23/5/22: The president of All India Congress Committee (AICC) Sonia Gandhi on Monday appointed Sarat Pattanayak as the president of Odisha Pradesh Congress Committee. Gandhi accepted the resignation of incumbent PCC chief Niranjan Patnaik, prior to the appointment. “The party appreciates the contributions of the outgoing PCC president,” the AICC stated.

Expressing gratitude to Sonia Gandhi and Rahul Gandhi, Pattnayak said, “Efforts will be taken towards strengthening the party organization. We will fight the elections by taking all leaders and workers together. The preparations for the crucial 2024 elections will begin after Brajarajnagar bypoll.” 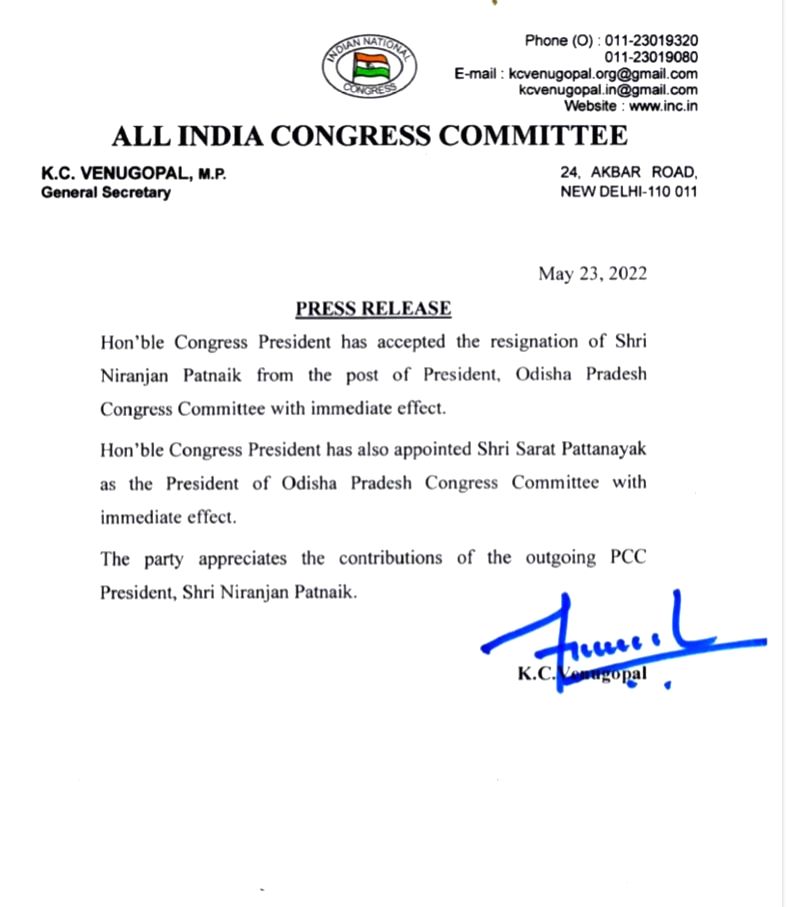 It is for the second time that Sarat Pattnayak will assume charge of the State Congress. Earlier, he had served as PCC chief from 2001 to 2004.
Meanwhile, the outgoing PCC chief Niranjan Patnaik took to Twitter to congratulate Sarat Pattnayak on his appointment as the head of Odisha Congress unit.

“I am glad to know that Sarat Pattanayak has been appointed as the new President of OPCC. I am confident that under his able leadership, Odisha Congress will touch new heights,” Niranjan wrote in his message.

He also thanked Rahul Gandhi for all his support during his tenure as OPCC President.