Top Headlines
Home » National » Price of petrol will come down by ₹ 9.5, while the diesel will be cheaper by ₹ 7 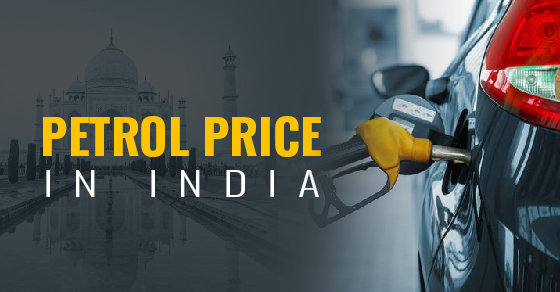 Price of petrol will come down by ₹ 9.5, while the diesel will be cheaper by ₹ 7

New Delhi: 21/5/22:The price of petrol will come down by ₹ 9.5, while the diesel will be cheaper by ₹ 7 as Finance Minister Nirmala Sitharaman announced a sharp cut in central excise duty on fuel prices amid surging inflation.

The Minister urged states to implement a similar cut and pass on the benefit to the common man.

“I wish to exhort all state governments, especially the states where reduction wasn’t done during the last round (November 2021), to also implement a similar cut and give relief to the common man,” appealed Ms Sitharaman.

1/12 Our government, since when @PMOIndia@narendramodi took office, is
devoted to the welfare of the poor.We’ve taken a number of steps to help the poor and middle class. As a result, the average inflation during our tenure has remained lower than during previous governments.

After the latest excise cut, the incidence of central tax on petrol will come down to ₹ 19.9 a litre and that on diesel to ₹ 15.8 per litre.

Also, the government will give ₹ 200 per cylinder subsidy to Ujjwala Yojana beneficiaries for 12 cylinders in a year to help ease some of the burden arising from cooking gas rates rising to record levels.

“This will help our mothers and sisters,” tweeted Ms Sitharaman.

The Finance Minister said the gas cylinder subsidy will have a “revenue implication of around ₹ 6,100 crore.”

Defending the government amid a steep price rise, the Minister said steps have been taken to cushion the poor.

“We’ve taken a number of steps to help the poor and middle class. As a result, the average inflation during our tenure has remained lower than during previous governments,” she said.