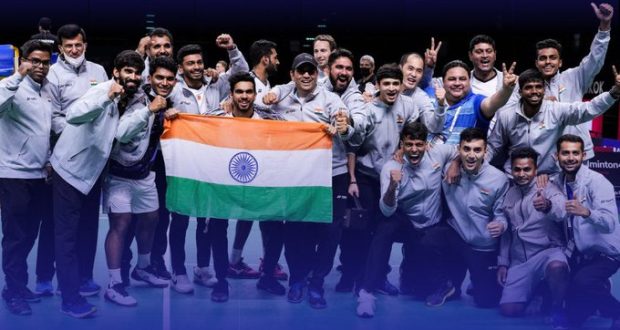 Newdelhi:15/5/22;: Scripting one of the biggest moments in the history of Badminton, India today defeated Indonesia in the finals of the Thomas Cup 2022 held in Bangkok and lifted the trophy.

India defeated 14-time champions Indonesia with a score of 3-0 in the finals.

Earlier on Friday, India stormed into the final for the first time ever in its 73-year-long history after a stunning win over Denmark in the semi-final.

2022-05-15
Editor in chief
Previous: 1st Europe Odissi Festival To Kick Off on 21st May at the iconic Garbattela Theatre in Rome
Next: Anik Dutta’s Bengali film APARAJITO is a fitting tribute to the great SATYAJIT RAY