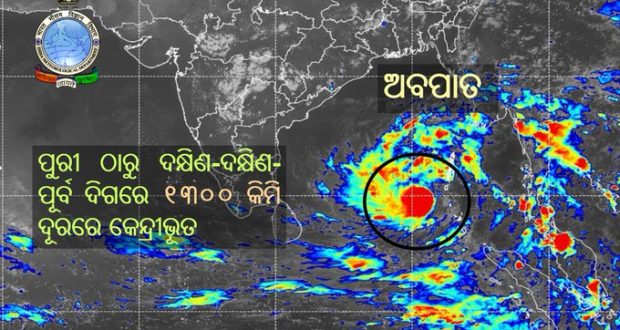 in State News May 7, 2022 Comments Off on Well-marked low pressure turns into depression, lies 1300 km off Puri 222 Views

Bhubaneswar:7/5/12:The well-marked low pressure over the southeast Bay of Bengal and adjoining south Andaman sea has concentrated into a depression, the India Meteorological Department’s Regional Met Centre said on Saturday.

The system lay centered about 170 km west of Car Nicobar, 1270 km southeast of Visakhapatnam and 1300 km south-southeast of Puri, the weather agency informed through a tweet.

“The Well Marked Low-Pressure Area over Southeast Bay of Bengal and adjoining Andaman Sea moved northwestwards, concentrated into a depression and lay centered at 1130 hours 1ST of today, the 07th May, over the same region near latitude 9.4°N and longitude 91.3°E, about 170 km west of Car Nicobar (Nicobar Islands), 300 km south-southwest of Port Blair (Andaman Islands), 1270 km southeast of Visakhapatnam (Andhra Pradesh) and 1300 km south-southeast of Puri (Odisha),” IMD Bhubaneswar said.”It is very likely to move northwestwards and intensify into a Cyclonic Storm over the east-central Bay of Bengal on 81h likely It is very likely to continue to move northwestwards till 10th May evening and reach Westcentral and adjoining Northwest Bay of Bengal off North Andhra Pradesh & Odisha coasts. Thereafter, it is very likely to recurve north-northeastwards and move towards Northwest Bay of Bengal off Odisha coast,” it added 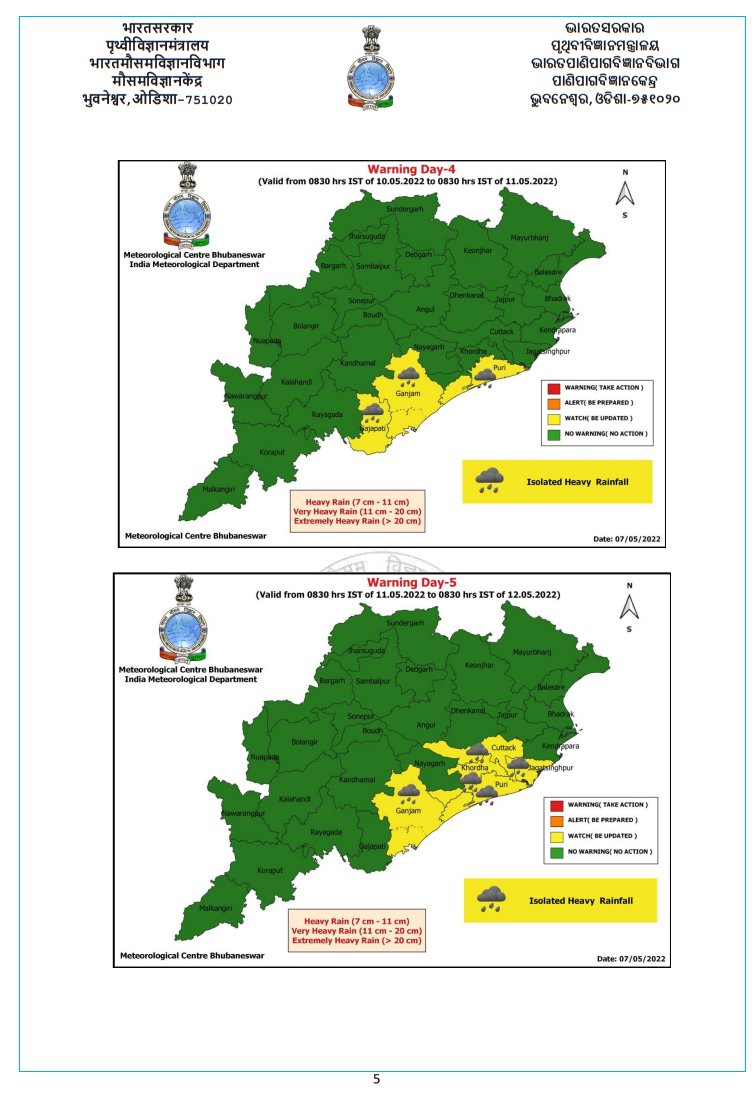 Earlier in the day, IMD DG Mrutyunjay Mohapatra ruled out any possibilities of the system’s landfall in Odisha or Andhra Pradesh.

2022-05-07
Editor in chief
Previous: Paradip:7/5/22:.Ambassador of Indonesia to India & the Kingdom of Bhutan Ina krisnamurthi took a ride on tug boat inside the Port and oversaw the berths and various infrastructural facilities
Next: Price of domestic cooking gas has been increased by Rs 50 per cylinder