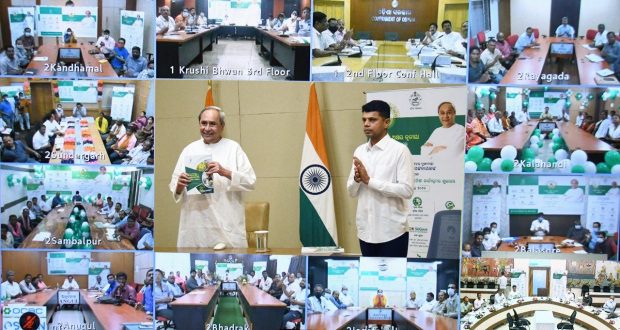 in Uncategorized May 3, 2022 Comments Off on On the occasion of Akshaya Trutiya Odisha Chief Minister has released around Rs 800 crore under the KALIA scheme 119 Views

Bhubaneswar:3/5/22: On the occasion of Akshaya Trutiya and Krushak Divas Chief Minister Naveen Patnaik today released around Rs 800 crore directly to the bank accounts of 40 lakh small and marginal farmers of the State excluding Jharsuguda as assistance under the Krushak Assistance for Livelihood and Income Augmentation (KALIA) scheme.

Jharsuguda district has been excluded from the benefit due to enforcement of model code of conduct in view of by-polls to Brajrajngar Assembly seat in the district.

The Chief Minister advised the farmers to utilize the money for farming activities and usher in improvement in farm practices.

Speaking on the occasion in the programme organised via video conferencing, the Chief Minister said that farmers are the mainstay of our economy.

Patnaik said that our farmers have played a vital role not only in the food security of Odisha but also of the entire country and have brought glory to the State. He thanked the farmers for this.

While stating that the development of agriculture and farmers’ welfare is the most important programme of the State government, Patnaik informed that this year more than Rs 20,000 crore has been provisioned for agriculture in the budget.

As many as eight new programmes for the development of agriculture were launched during the programme. In addition to the launching of the Jackfruit Mission and ReWARD (Rejuvenating Watershed for Agricultural Resilience through Innovative Development) programmes, the Millet Mission and Special Programme for Promotion of Integrated Farming  (SPPIF) were extended. 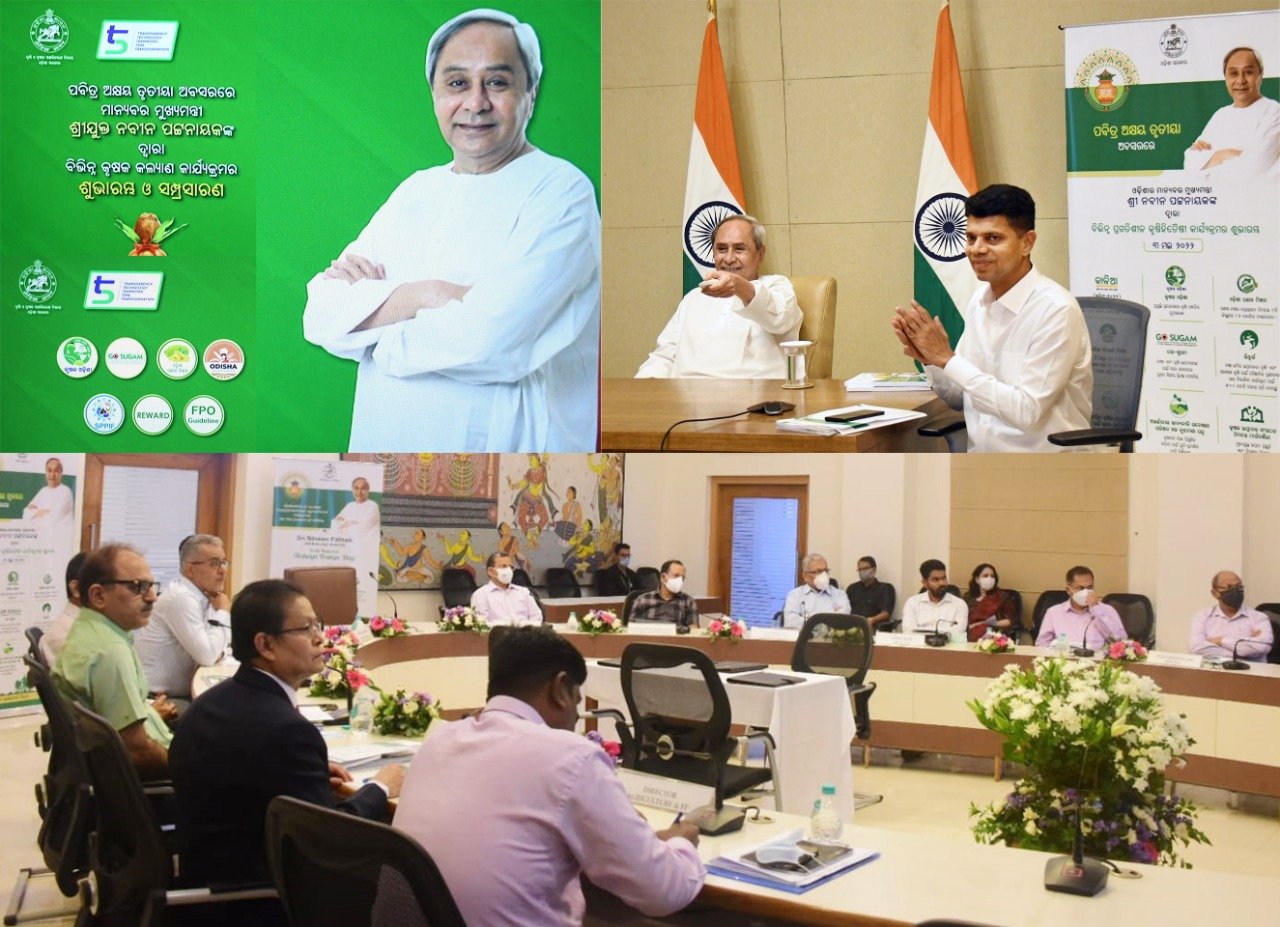 A total of Rs 3644 crore will be spent on these four programmes.

The Chief Minister stated that the State government is stressing capital investment in agriculture. We will continue with our efforts to develop farming as a profitable occupation, he added.

The Chief Minister inaugurated the ‘Krushak Odisha’ portal for the farming community of the State. Farmers by updating their data in it can avail required services and advice.

In addition to this, the Chief Minister launched the ‘Go-Sugam’ portal for farmers and Agri entrepreneurs. This is the first of its kind single window for farmers in the country.

To determine a viable policy for increasing farmers’ income in agriculture and allied fields the Agriculture Department of the State government inked and memorandum of understanding (MoU) with the International Food Policy Research Institute (IFPRI).

The Chief Minister unveiled the guidelines of Farmer Producer Organisation for the empowerment of farmers.

Speaking on the occasion Agriculture Minister Arun Sahoo highlighted the various measures taken by the State government in the agriculture sector.

While Additional Chief Secretary of the Agriculture and Farmers’ Empowerment department Sanjiv Chopra read out the welcome address at the programme, the department’s Special Secretary gave the vote of thanks.

Farmers and district Collectors of different districts participated in the programme.