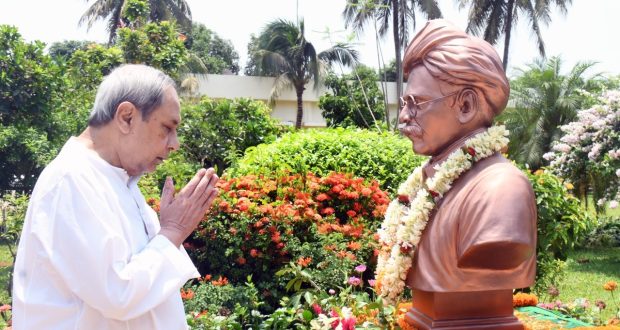 Participating in the function through video-conferencing, Chief Minister, while offering his tribute to Utkala Gourab said that Satyabhamapur is a place of pilgrimage for all Odias.

He said that Utkala Gourab Madhusudan Museum & Interpretation Centre will provide inspiration to the young generation for protecting Odia’s self-esteem.

Patnaik informed that Satyabhamapur is being developed into an ‘Adarsh’ (ideal) village and added that the government is taking steps to make the village an important tourist place.

Calling upon all to imbibe the ideals of Madhu babu and work together unitedly to make Odisha the best State, Patnaik said that there is no comparison to Madhu babu’s love and sacrifice for the Odia race.

“Madhu babu had sacrificed everything for the Odia race. For him, Odia’s self-esteem was above everything. He had never compromised on that. He shall remain immortal in every Odia’s heart for his contribution to the Odia race,” said Patnaik.

A short video film on Utkala Gourab Madhusudan Museum & Interpretation Centre was exhibited during the programme.