Under the Maritime Vision-2030, the Paradip Port Authority (PPA) will become a mega port:Sarbananda Sonowal

in Business, State News April 26, 2022 Comments Off on Under the Maritime Vision-2030, the Paradip Port Authority (PPA) will become a mega port:Sarbananda Sonowal 88 Views

Paradip:26/4/22: Union Minister for Ports, Shipping and Waterways & AYUSH, Sarbananda Sonowal on Monday said that under the Maritime Vision-2030, the Paradip Port Authority (PPA) will become a mega port.

“For this, employees, stakeholders like exporters and importers will have to play a crucial role,” he said.

The Union Minister said that Paradip is going to become one of Asia’s prominent industrial hubs with large projects of around Rs 10,000 crore.

“Port-based industrialization is on the anvil. With the merger of Inland waterways of Mahanadi with Coastal water of the Bay of Bengal via Paradip Port, a huge potential for development has been created,” he added. 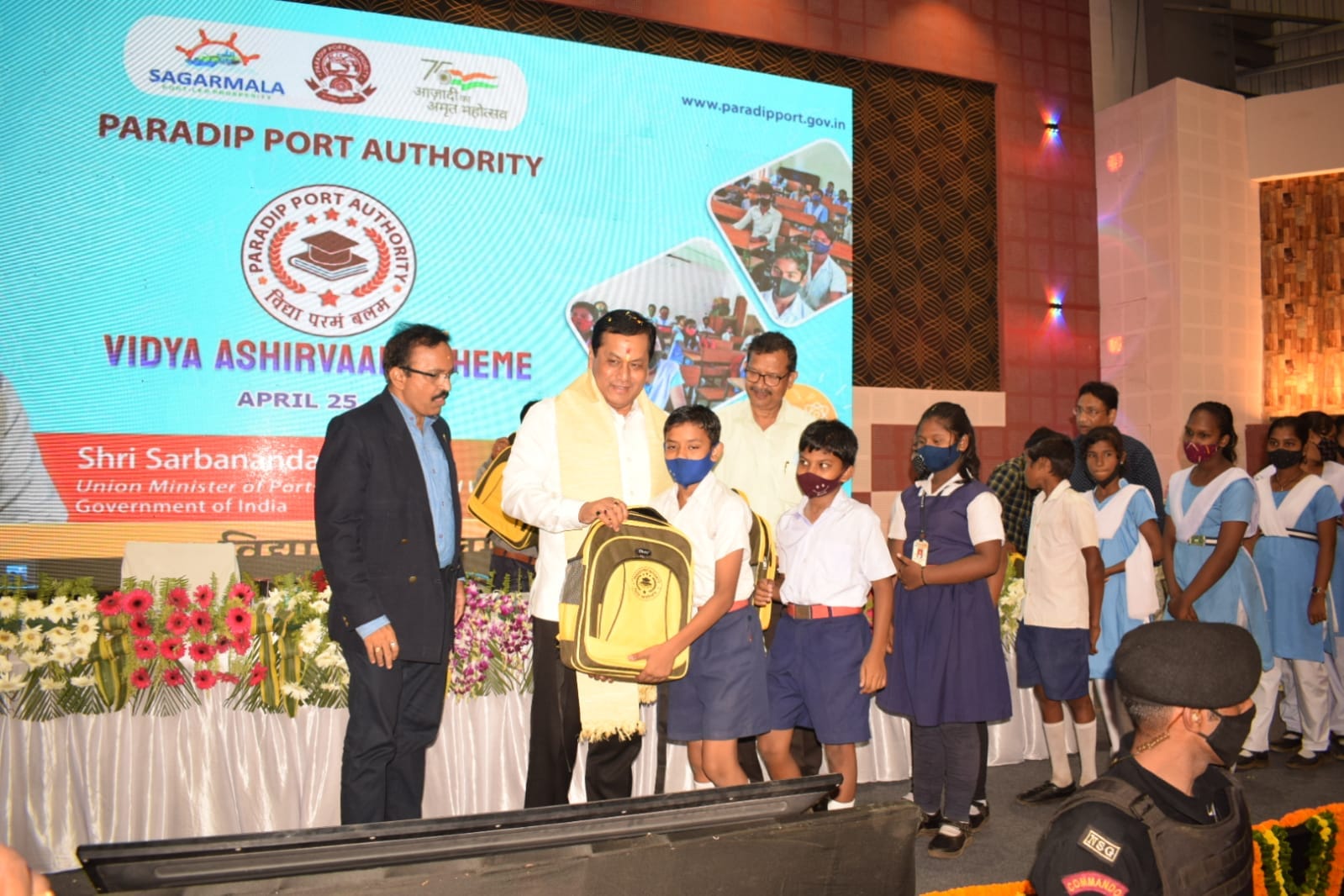 As the nation is celebrating Azadi ka Amrit Mahotsav, the PPA has achieved tremendous success and created its own identity, Sonowal said, while thanking local people, stakeholders and Odisha Chief Minister Naveen Patnaik for support in the development of Paradip Port.

“In future also they should continue this type of support so that Prime Minister Shri Narendra Modi’s vision of a strong Atma Nibhar Bharat is realised,” he said.

Sonowal launched “Vidya Ashribad Scheme” for the local school students belonging to the marginalized section of the society who are being provided with study kits comprising school bags, shoes and other accessories. 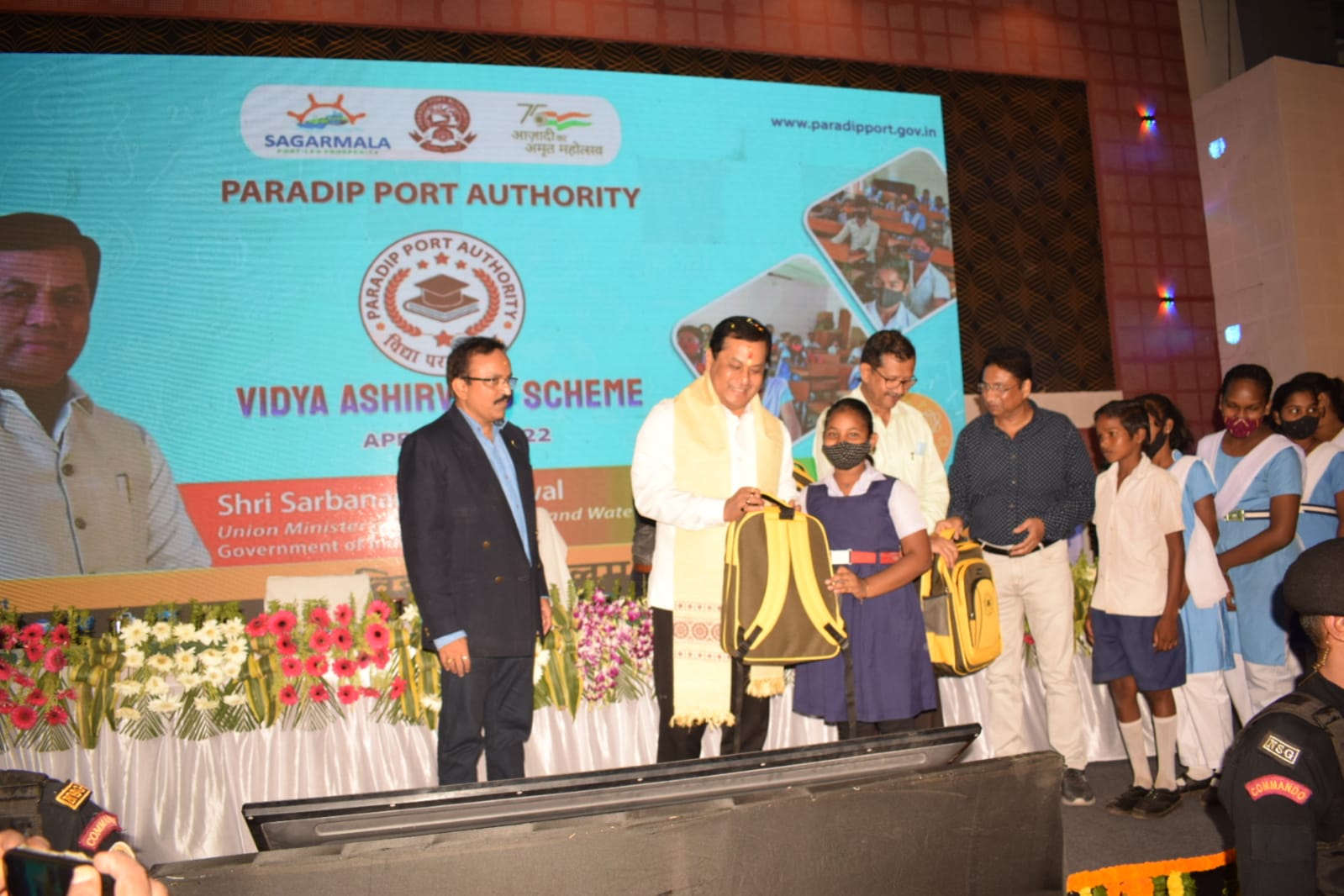 He also launched the “Baristha Kalyan Yojana” under which the inmates of Maa Santoshi Old Age Home were provided utility kits.

2022-04-26
Editor in chief
Previous: India will be the next big sporting powerhouse, be it in Olympics, Paralympics or Deaflympics: Anurag Thakur
Next: Odisha Sangeet Natak Akademi five day long Drama Festival Kicks Off