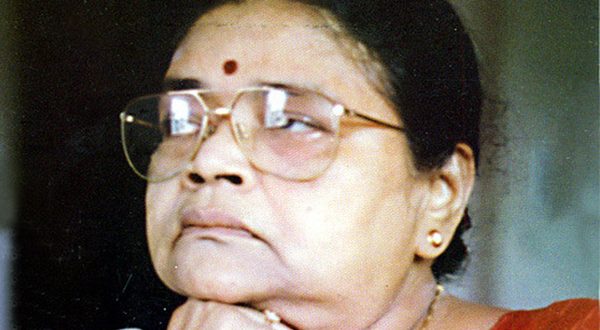 A professor in Economics, Mohanty has more than 100 books to her credit. She was the younger sister of eminent doctor Nirupama Rath and advocate Sachinadanda Mohanty, both of whom have passed away.

She has conferred with Padma Shri in Literature and Education category in 2020 and received the prestigious ‘Atibadi Jagannath Das Samman’. Besides, she was also honoured with Sahitya Akademi Award and Sarala Samman.

Binapani Mohanty has carved a niche for herself in the field of Odia fiction writing. Her literary career as a storyteller began with the publication of ‘Gotie Ratira Kahani’ in 1960.

Mohanty received the Sahitya Akademi award in 1990 for her collection of short stories entitled ‘Pata Dei and other stories.’  ‘Patadei’ was published as ‘Lata’ in Femina in 1986. Its Hindi dramatisation ‘Kashmakash’, telecast on Doordarshan, in the late 1980s was a hit. She wrote three novels and translated Russian folktales to Odia. Many short stories of Binapani Mohanty have been translated into different languages such as English, Hindi, Kannada, Malayalam, Marathi, Bengali, Urdu, Telegu and Russian. A film was made on her story ‘Andhakarara Chhai’ and has been highly appreciated by the audience. She has also penned three novels: Sitara Sonita, Manaswini and Kunti, Kuntala, Shakuntala, and a one-act play entitled Kranti. She has translated Russian folk tales from English to Odia, among other translations.

Pained by the passing away of noted writer Binapani Mohanty Ji. She made monumental contributions to Odia literature, especially fiction writing. Her works have been translated in various languages and attained great popularity. Condolences to her family and admirers. Om Shanti.

“She will always remain in the hearts of the people for her literary works. I express my condolence to the bereaved family members,” he said.Mr Patnaik said that her funeral will be held with full state honours.

2022-04-25
Editor in chief
Previous: Odisha’s E&IT Dept Bags Award of Excellence
Next: Usha Padhee, an Odisha cadre IAS officer has been conferred with the Prime Minister Award for Excellence in Public Administration-2020