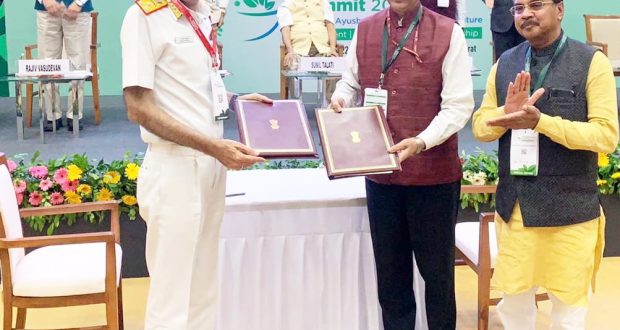 in National April 20, 2022 Comments Off on Ministry of Defence signs MoUs with Ministry of AYUSH to start Ayurveda Centres at 37 Cantonment & 12 AFMS military hospitals 60 Views

Newdelhi:20/4/22:Two MoUs have been signed by Ministry of Defence (MoD) with Ministry of AYUSH (MoA), one for starting Ayurveda Centres at 37 Cantonment Hospitals and another for starting Ayurveda Centres at 12 Military Hospitals of Armed Forces Medical Services (AFMS). These MoUs were signed during the three-day mega event, Global Ayush Investment & Innovation Summit, organised at Mahatma Mandir, Gandhinagar, Gujarat from April 20-22, 2022. Prime Minister Shri Narendra Modi addressed the august gathering during the inaugural function, where Director-General, World Health Organisation (WHO) was also present. 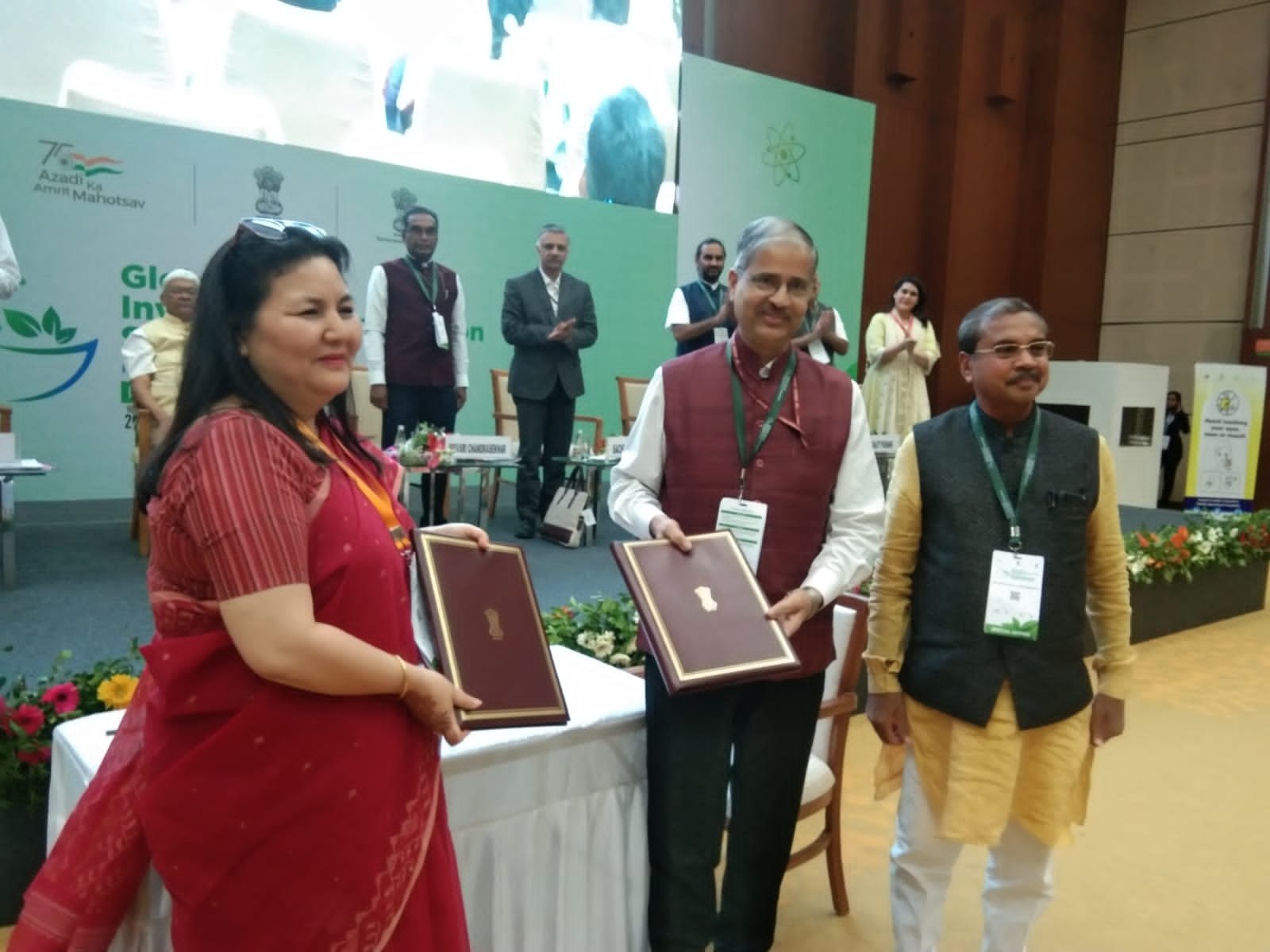 This will make available well-established and time-tested therapies of Ayurveda to the residents of Cantonments, including families of Armed Forces personnel and civilians depending on these hospitals. These Ayurveda Centres will be functional across the country from May 01, 2022.

The list of 12 military hospitals of AFMS is as follows:

2022-04-20
Editor in chief
Previous: Central Administrative Tribunal conducting a special drive across all the 19 Benches of the Tribunal for disposal of cases of most vulnerable section of applicants like the senior citizens / pensioners
Next: Government of India has taken series of reforms to make India a global drone hub by 2030