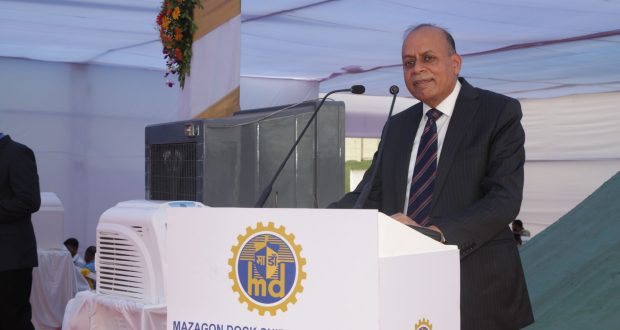 Mumbai:20/4/22:Yard 11880, the sixth and last submarine of the Indian Navy’s Kalvari class submarines of Project 75 has been launched today at the Kanhoji Angre Wet Basin of Mazagon Dock Limited (MDL). Dr Ajay Kumar, Defence Secretary was the Chief Guest at the ceremony and the submarine named ‘Vagsheer’ was launched by Mrs Veena Ajay Kumar, in keeping with Naval traditions of launch/ naming by a lady. The ceremony was attended by senior naval officers including Flag Officer Commanding-in-Chief Western Naval Command Vice Admiral AB Singh, Vice Chief of the Naval Staff Vice Admiral SN Ghormade and dignitaries both from Integrated Headquarters Ministry of Defence (Navy), Headquarters Western Naval Command and officials from Director-General De Ĺ Armament, France and Naval Group, France. 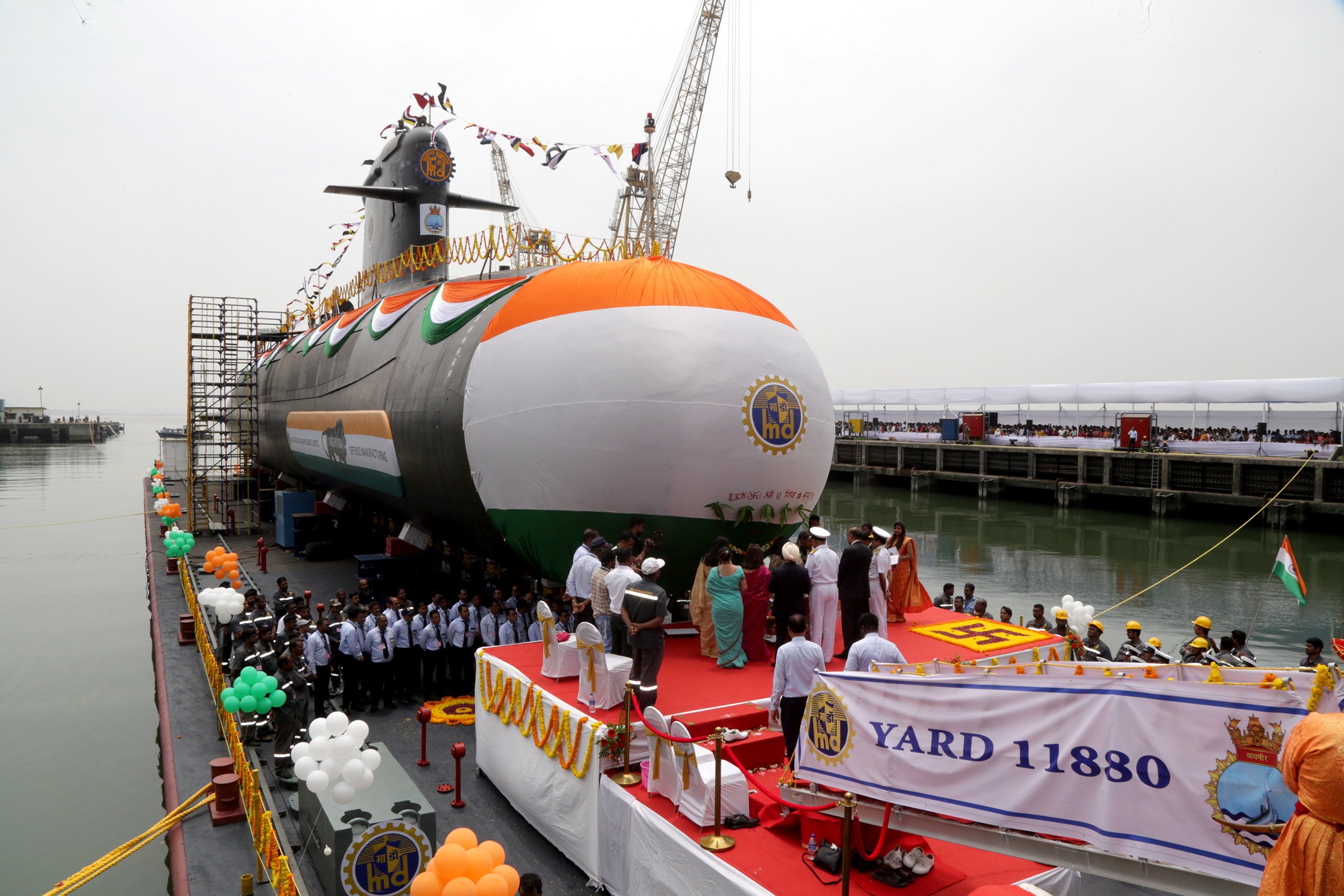 The first of the Project – 75 submarines were commissioned into the Navy in December 2017 and presently four submarines of this Project are in commission in the Indian Navy. The fifth submarine is progressing with the Sea Trials and is likely to be delivered this year. The sixth submarine will now commence setting to work on various equipment and their harbour trials. The crew will thereafter sail the submarine for the rigorous Sea Acceptance Trials after which the submarine would be delivered to the Indian Navy by late next year.