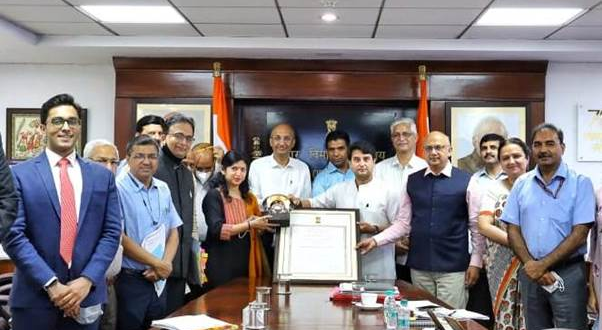 The government of India has initiated this award to acknowledge, recognize and reward extraordinary and innovative work done by Districts and Organizations of State/Government. This scheme emphasizes Good Governance, Qualitative achievements, and last-mile connectivity rather than only on achievement of quantitative targets. The award consists of a trophy, scroll and an incentive of Rs 10 lakhs.

Launched in 2016, UDAN scheme aims to fulfill the aspirations of the common man by following the vision of UdeDeshkaAamNagrik, with enhanced aviation infrastructure and air connectivity in tier II and III cities. In a short span of 5 years, today 419 UDAN routes connect 67 underserved/unserved airports, including heliports and water aerodromes, and over 92 lakh people have benefited from it. More than 1 lakh 79 thousand flights have flown under this scheme. UDAN scheme has immensely benefitted several sectors pan-India including Hilly States, North-Eastern region, and Islands. 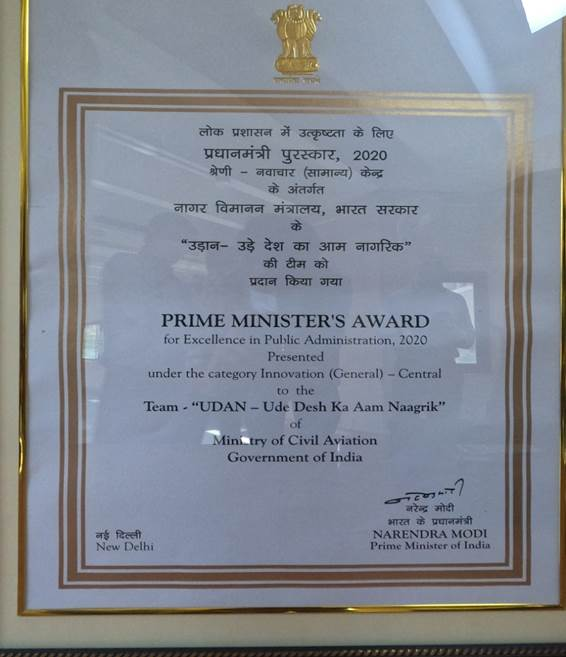 UDAN has a positive impact on the economy of the country and has witnessed an excellent response from industry stakeholders, especially airlines operators and state governments. More than 350 new city pairs are now scheduled to be connected under the scheme, with 200 already connected and are widely spread geographically providing connectivity across the length and breadth of the country as well as ensuring balanced regional growth resulting in economic growth and employment to local population.

The Ministry of Civil Aviation plans and commits to construct 100 new airports by 2024 in India with 1,000 new routes under UDAN RCS scheme by the year 2026.