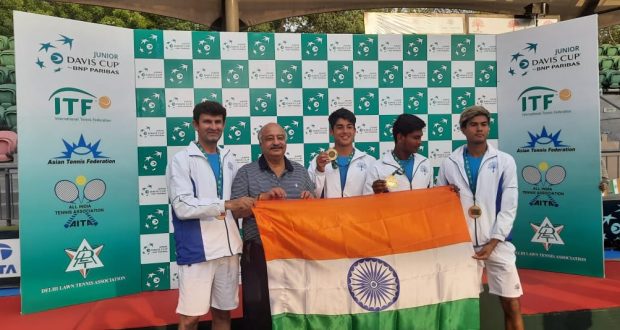 India beat Japan 2-1 in the final to win this event and qualify for the World Finals for the first time.

The 16-year-old Debasis, from Lahada village in Dhenkanal district, is the No. 1-ranked player in U-16 and U-18 categories in Odisha, having won boys’ singles title in the AITA National Series meet at Sania Mirza Tennis Academy in Hyderabad two months ago.

Dr. Anil Jain, President of All India Tennis Association, and Mr. Anil Dhupar, Hon Secretary-General of AITA, congratulated the team India for putting up such a fabulous performance. The other two teams who qualified for the World Finals are Japan (No. 2) and Australia (No. 3).Besides India, the other teams to have qualified for the World Finals are second-paced Japan and No. 3 Australia.