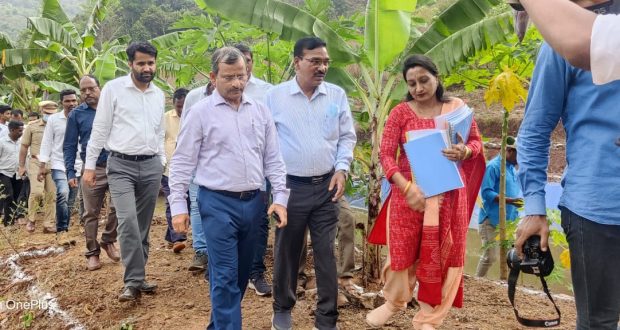 Bhubaneswar16/4/22: Odisha Chief Secretary Suresh Chandra Mahapatra visited Koraput district and reviewed the progress of developmental projects. He went to the project places and looked into the ground-level progress. During the visit, Mahapatra also directly interacted with people, took their feedback about various schemes, projects, and service delivery mechanism. During this two days visit, Mahapatra covered the places from Jeypore, Koraput to Kotia, Narayanpatana and Bandhugaon.

The review meeting was held in conference hall of Sadbhbana Sabhagruha wherein Collector Andaal M. Akhtar Along with district-level officers of concerned departments presented the updates. Mainly the projects relating to construction of medical college and hospital at Koraput, expansion wing of district headquarter hospital,  development of Jeypore airport for operation of commercial flights, construction of roads and bridges, implementation of special package for Kotia group of villages, lift irrigation, supply of piped drinking water, miner irrigation, creation of new livelihood opportunities through horticulture, fishery and agro-processing units, and construction works of Bharatmala project figured in the meeting. 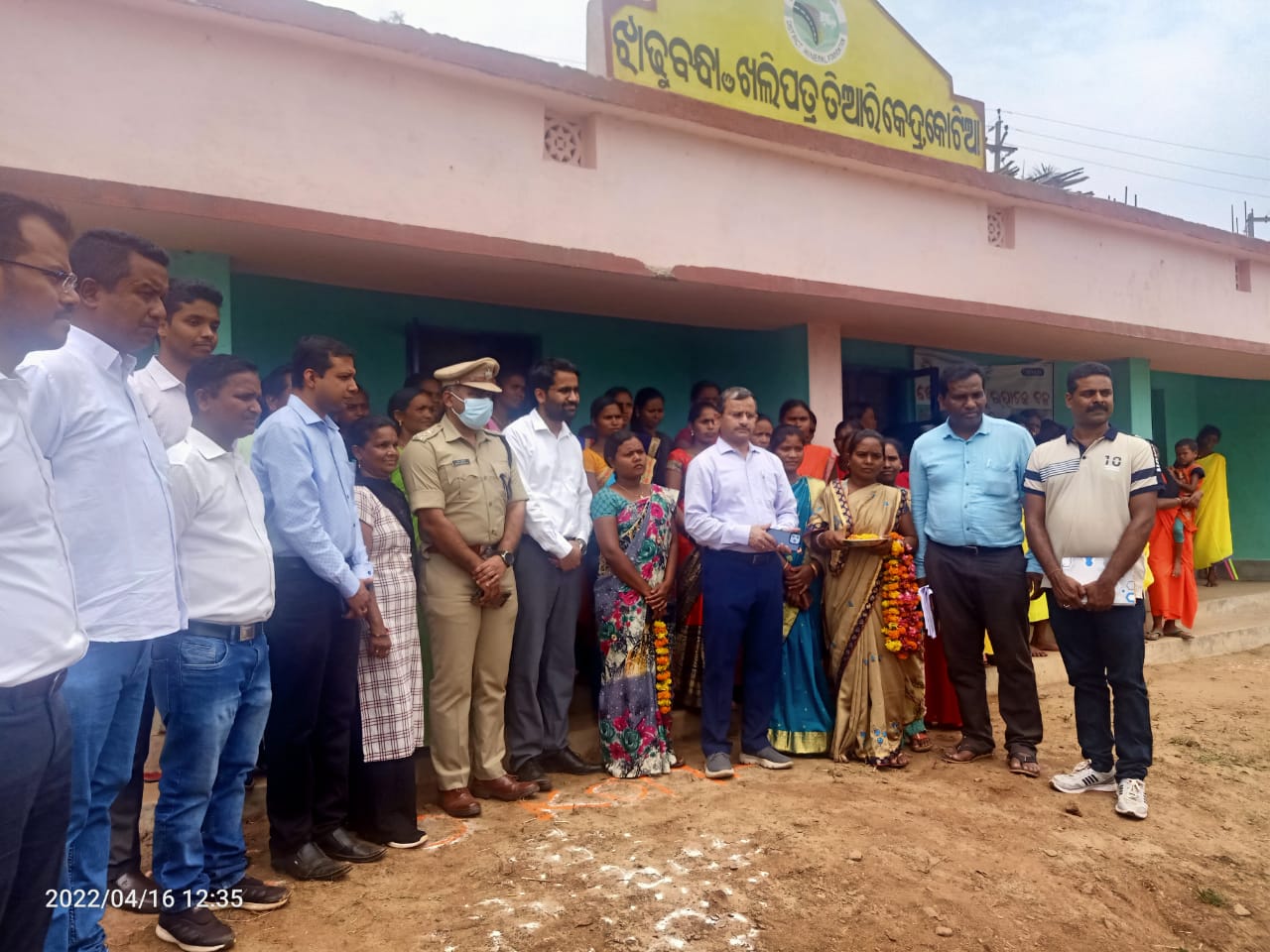 The review showed that the commercial operations would start soon. Development of required infrastructure for operation of commercial flights was at the finishing stage. The commercial operation was expected to start in about three months. The timeline was set to complete 300-bed hospital wing of the district headquarters hospital in the coming 18 months. Mahapatra was directed to renovate 200-year-old Jagannath Sagar in Jeoypore in develop it into a tourist point.

Under Bharatmala Project, around 245 kms of road in Koraput and Nabrangpur district would be developed into four lanes. The project would connect Raipur in Chhattisgarh to Vishakhapatnam in Andhra Pradesh. Special features of the road included complete access control and improved connectivity between several economic hubs, and industrial clusters like HAL and NALCO. Chief Secretary Sri Mahapatra was directed to complete the first phase of road construction before the onset of the monsoon. He also directed to distribute compensation awards expeditiously, and hand over the balance of land to NHAI at the earliest. 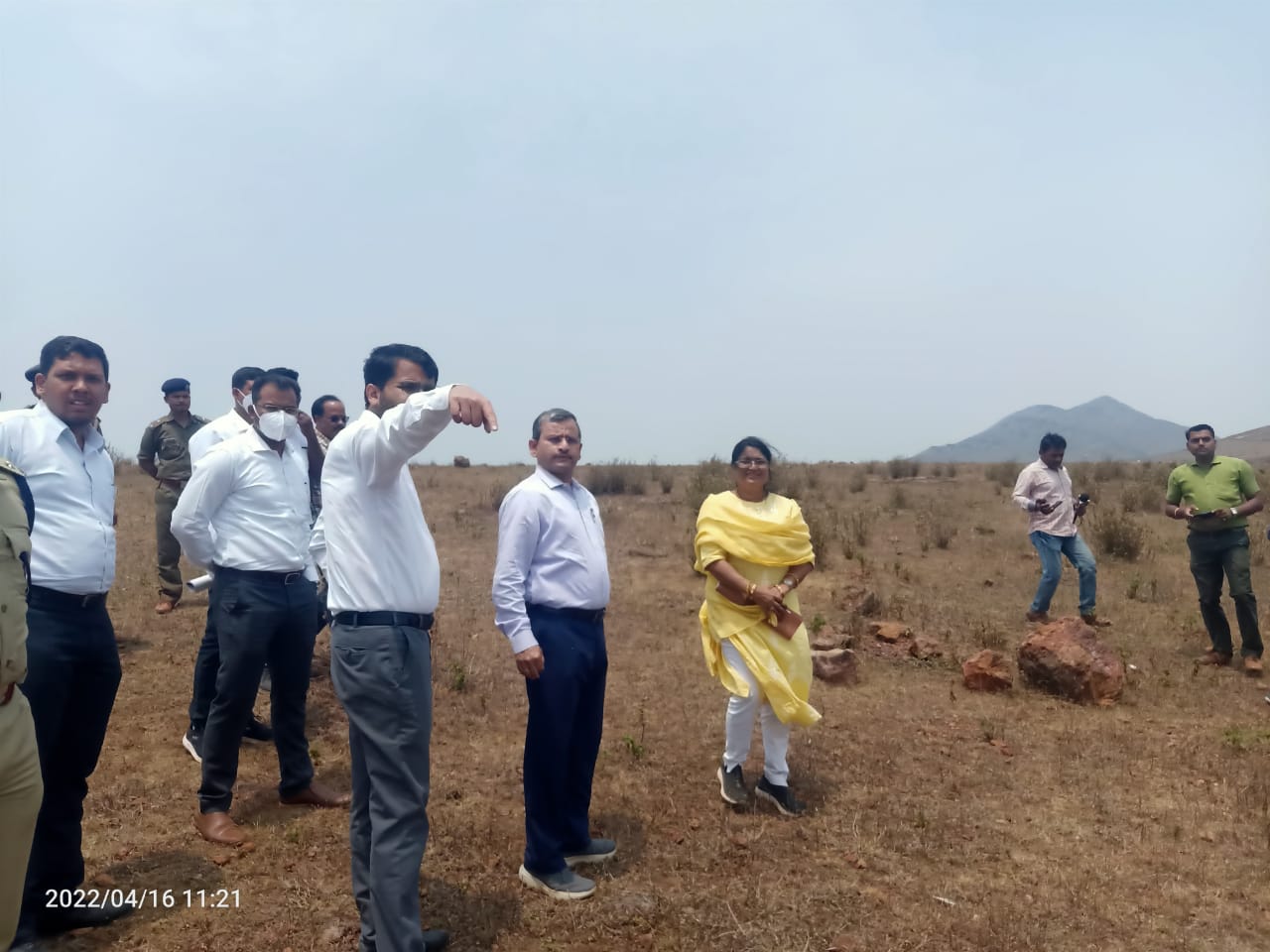 Mahapatra also visited Deomali and interacted with people there. He emphasized cleanliness and preservation of natural surroundings.   He also directed DFO, Koraput to select the site for Eco-Reserve.

Then the Chief Secretary visited Kotia’s group of villages under Pottangi block. He interacted with members of GP level Women Self Help Group Federation, and Watershed groups and discussed with them various livelihood activities.  Mahapatra suggested undertaking more hill-groom plantations in the area. Chief Secretary also visited GP office and interacted with Sarpanch and other elected representatives. The matters relating to leveraging various Governmental schemes for integrated socio-economic development of the GP figured in the discussion.  Mahapatra was directed to intensify the implementation of the special package for the Kotia group of villages.