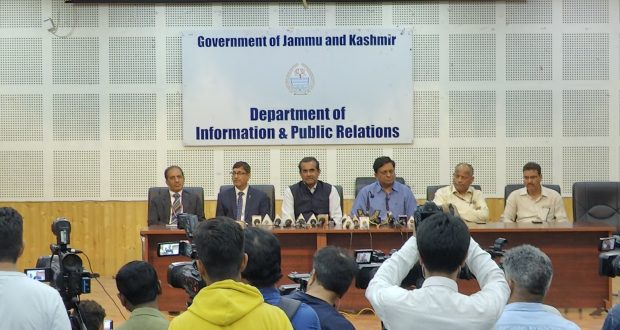 in National April 11, 2022 Comments Off on Secretary Ministry of I&B convenes meeting regarding publicity for Amarnathji Yatra 2022 74 Views

Newdelhi:11/4/22:Secretary, Ministry of Information & Broadcasting, Government of India, Shri Apurva Chandra convened a meeting in Srinagar today regarding wide publicity to be carried out for the upcoming 43 day Shri Amarnathji Yatra, scheduled to start from for 30th June 2022.

During the meeting, Shri Apurva Chandra said that publicity activities will be planned by different media units of the Ministry of Information and Broadcasting in conjecture with the J&K Administration throughout the period of the pilgrimage. He added that Amarnath Ji Yatra activities will be projected throughout the country and there will be a focus on the coverage of the tourism activities in the region as well. “There is a need to highlight the various achievements of the Centre and UT Administration with respect to developmental work done in J&K. We need to amplify such positive stories about the region throughout the country,” He said. Shri Chandra added that an expected six to eight lakh pilgrims are expected to cover the yatra this year.

In the meeting, Chief Secretary Arun Kumar said that this year’s AmarnathJi Yatra will be the record highest owing to better facilities and seamless journey experience for yatris. “Amarnathji Yatra is a prime example of composite culture and fraternity which has been preserved since ages by the cordial working out of locals with yatris,” he said. He added that the administration has taken every measure to provide better facilities and roadside amenities to make the journey convenient and every effort will be made to make this year’s pilgrimage a successful one. 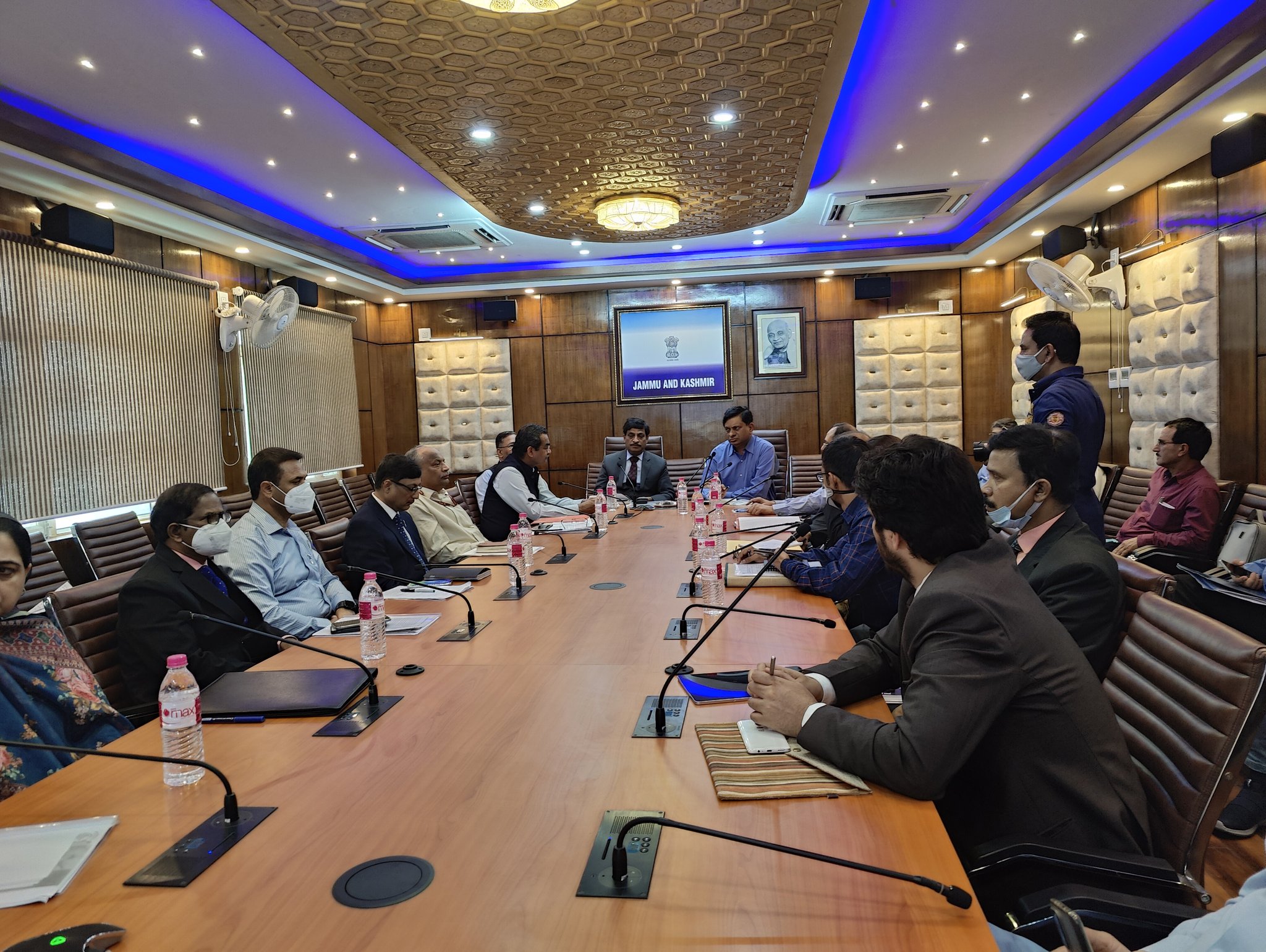 Joint Secretary Ministry of I&B, Shri Vikram Sahay instructed the media units to carry out wide publicity about the detailed procedures involved from registration to commencement and conclusion of the yatra. He added that there is an absolute need to highlight the positive environment of J&K which will clear all doubts about the pilgrimage. This he said will invite more and more people from all across the country to become a part of this journey.

Deliberations were carried out to amplify the information around the yatra this year which will be useful for the prospective yatrees by Principal Director General (News), All India Radio Shri N.V. Reddy, Director General, Doordarshan, Shri Mayank Agrawal. The heads of both the units assured that wide publicity will be carried out about the yatra. They emphasized that the media units will take initiatives to highlight the developmental work done in J&K at the national level and also in regional languages.

CEO, Shri Amarnathji Shrine Board, Shri Nitishwar Kumar shared an overview of the preparedness for the yatra. “We are expecting a two-fold increase in yatra this year and similarly we have also done two-fold preparations to make it successful,” he said. He urged the media units to highlight the advisories for the yatris from time to time and added that Radio Frequency Identification (RFID) tags will be used this year to keep a track of the location of the pilgrims. He also emphasized that misconceptions about the journey being a difficult one also need to be thwarted.

The senior I&B officials assured the UT administration that appropriate steps will be taken to plan the publicity activities and there will be a buzz about the Yatra this year.