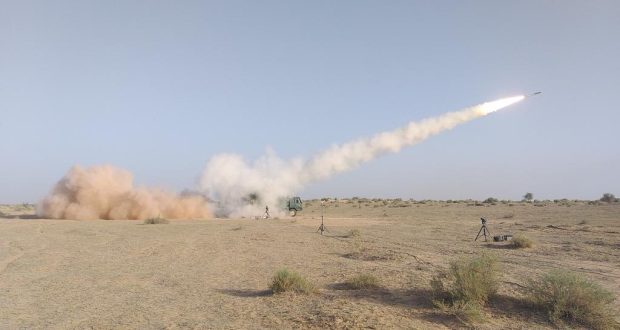 Pokhran:9/4/22:Pinaka Mk-I (Enhanced) Rocket System (EPRS) and Pinaka Area Denial Munition (ADM) rocket systems have been successfully flight-tested by Defence Research and Development Organisation (DRDO) and Indian Army at Pokhran Firing Ranges. A total of 24 EPRS rockets were fired for different ranges during the last fortnight. Required accuracy and consistency were achieved by the rockets meeting all trial objectives satisfactorily. With these trails, the initial phase of technology absorption of EPRS by the industry has successfully been completed and the industry partners are ready for user trials/series production of the rocket system.

The Pinaka rocket system has been developed by Armament Research and Development Establishment, Pune supported by High Energy Materials Research Laboratory, another Pune-based laboratory of DRDO. 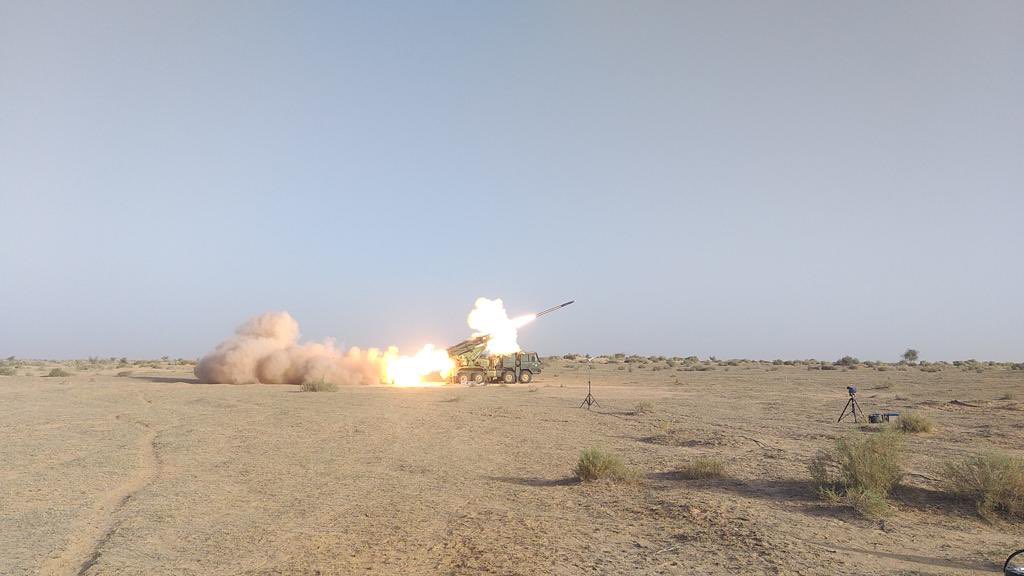 The EPRS is the upgraded version of Pinaka variant which has been in service with the Indian Army for the last decade. The system has been upgraded with advanced technologies enhancing the range to meet the emerging requirements. After establishing the performance efficacy of the enhanced range version of Pinaka, the technology was transferred to the industries viz. Munitions India Limited (MIL) and Economic Explosives Limited Nagpur. Rockets manufactured by MIL under Transfer of Technology from DRDO were flight tested during this campaign. Different variants of munitions and fuzes which can be used in the Pinaka rocket system were also successfully test evaluated in the Pokhran Field Firing Range.

Secretary Department of Defence R&D and Chairman DRDO Dr. G Satheesh Reddy have congratulated the teams for completing the flight trials of new design rockets based on advanced technologies in record time.