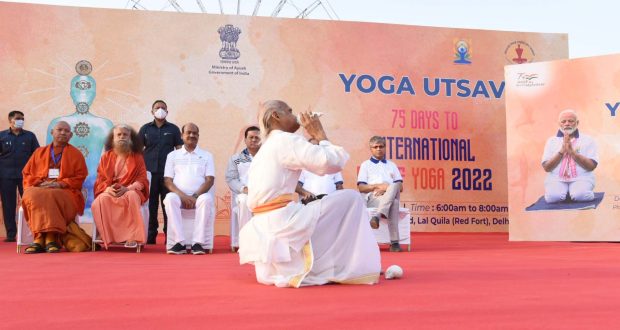 in National April 7, 2022 Comments Off on Yoga Utsav attracts Global presence as Thousands performed Yoga at the Red Fort 76 Views

Newdelhi:7/4/22:On the occasion of World Health Day, the Ministry of Ayush organised a Yoga Utsav at the iconic 15 August ground at Red Fort here today. The event also kickstarted the 75 days countdown to the International Day of Yoga (IDY). The event was graced by the Lok Sabha speaker Shri Om Birla as the Chief Guest. The event saw active participation from many Union Ministers, Members of Parliament, Ambassadors of various countries, Yoga gurus, senior officials and volunteers as they performed Common Yoga Protocol (CYP).

A number of dignitaries and officials from Embassies & High Commissions of many countries including Sweden, Hungary, Vietnam, Madagascar, Trinidad & Tobago, Venezuela, Togo, Peru, Kyrgyzstan, and Zimbabwe participated in the Yoga Utsav ensuring global presence at this ceremonial event to begin the 75 days countdown to the 8th International Day of Yoga this year. The International Day of Yoga is celebrated all over the world on June 21 every year.

While addressing the gathering, the Speaker of Lok Sabha, Shri Om Birla outlined the importance of Yoga and said, “Yoga is the symbol of India’s rich cultural heritage. He greeted everyone on World health day and thanked Prime Minister Narendra Modi for taking yoga to the world. 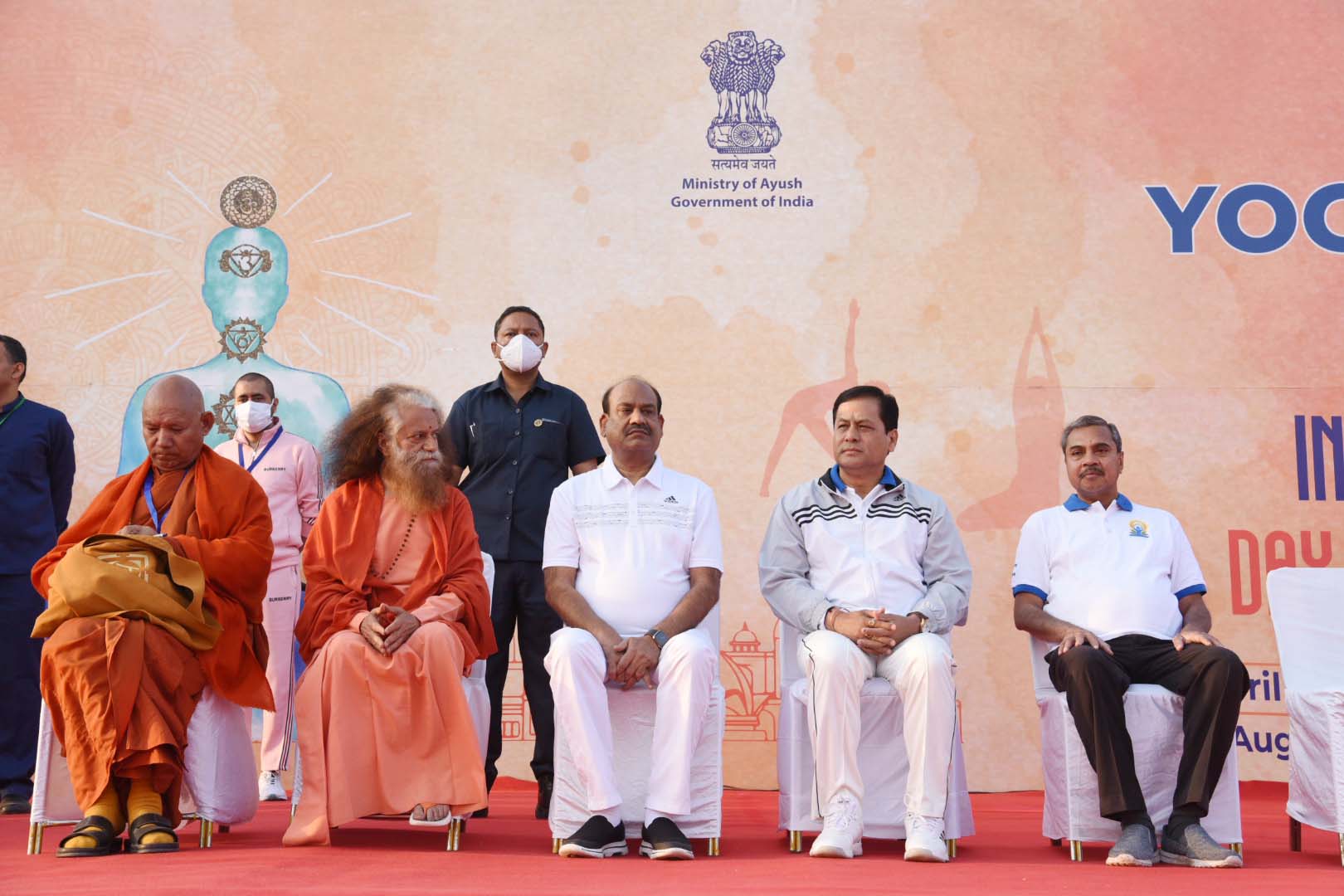 ”On this occasion, Shri Sarbananda Sonowal, said “Today is the World Health Day. Yoga is a practice that brings about harmony between the body and the mind. It gives us physical power and provides mental balance and emotional stability to meet modern life challenges successfully. We are organising this event to mark the 75 days Countdown to International Yoga Day”.  The Minister further informed that the Ministry has planned for Yoga performance at 75 heritage sites with prominent India branding and also planned to relay programmes of IDY across the world with the movement of the Sun. He said that this is linked with Prime Minister Shri Narendra Modiji’s ‘One Sun, One Earth’ campaign.

Vaidya Rajesh Kotecha, Secretary, Ministry of Ayush stated the importance of Yoga and said that Yoga has become an international brand today and is being widely practised in almost all the countries of the world

After the addresses, a live demonstration of Common Yoga Protocol was performed by the experts of Morarji Desai National Institute of Yoga under the leadership of Dr Ishwar V. Basavaraddi, Director MDNIY wherein more than 3000 Yoga sadhaks performed the Common Yoga Protocol under the ambience of Red Fort. The programme was streamed through various social media platforms of ministry of Ayush, MDNIY and other yoga institutions.

2022-04-07
Editor in chief
Previous: Budget Session of Parliament 2022 adjourns sine die; A total of 11 Bills passed by both the Houses of Parliament
Next: United Nations World Food Programme has inked an agreement on strengthening nutrition and food security in Odisha