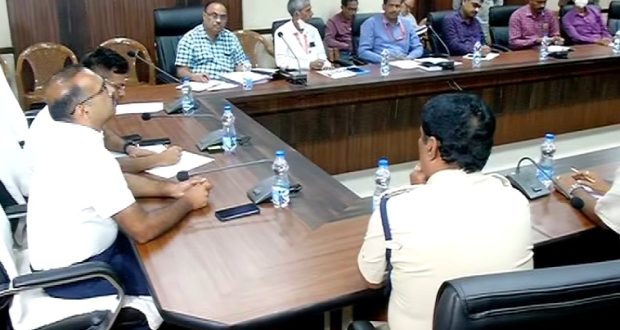 135 new CCTVs will be installed in Puri Jagannath temple premises

in District Diary April 7, 2022 Comments Off on 135 new CCTVs will be installed in Puri Jagannath temple premises 100 Views

In view of the safety and security of the temple’s properties, CCTV surveillance would be beefed up. The defunct CCTVs will be soon repaired so as to restore smart surveillance inside the temple campus.

At the same time, Odisha police and Jagannath Temple Police will jointly keep a vigil on the temple for a better watch and ward on miscreants.

Apart from it, regular security check-ups will be undertaken by the SJTA authority which will be reviewed in weekly meetings.

However, on the matter of vandalization of the earthen ovens from the temple’s kitchen Verma said that the security personnel who were served show-cause notices have submitted their responses. Actions deemed suitable will be initiated against the offenders after verifying their drafts.