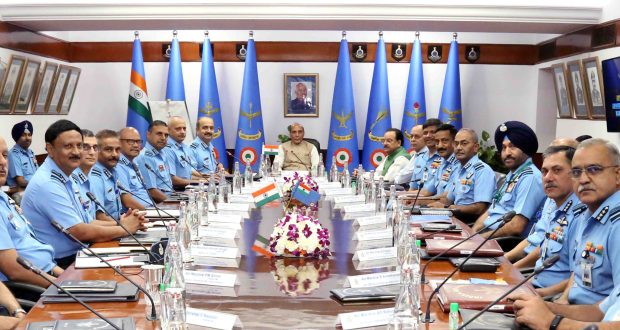 Newdelhi:6/4/22:The Hon’ble Raksha Mantri (RM), Shri Rajnath Singh, inaugurated the Air Force Commanders’ Conference (AFCC) at Air Headquarters in New Delhi today. The conference was attended by Hon’ble Raksha Rajya Mantri, Shri Ajay Bhatt and Defence Secretary Dr. Ajay Kumar, along with senior commanders of the Indian Air Force. Speaking to the senior commanders, the RM stated that the topics being discussed in AFCC were relevant and contemporary in the-present context, and covered the entire canvas of issues/ challenges that are being faced by the Nation. He brought out that he was happy to observe that the directions given by higher authorities were comprehensively being discussed in the conference and would be the guiding light for all future courses of action. He covered the challenges being faced on the Northern and Western borders and expressed his satisfaction with the way Indian Armed Forces have been able to respond to emerging situations.

The Hon’ble RM praised the Indian Air Force’s evacuation effort in Operation Ganga which has been appreciated by the Country. He brought out that the current geopolitical situation has again highlighted the need for indigenisation. 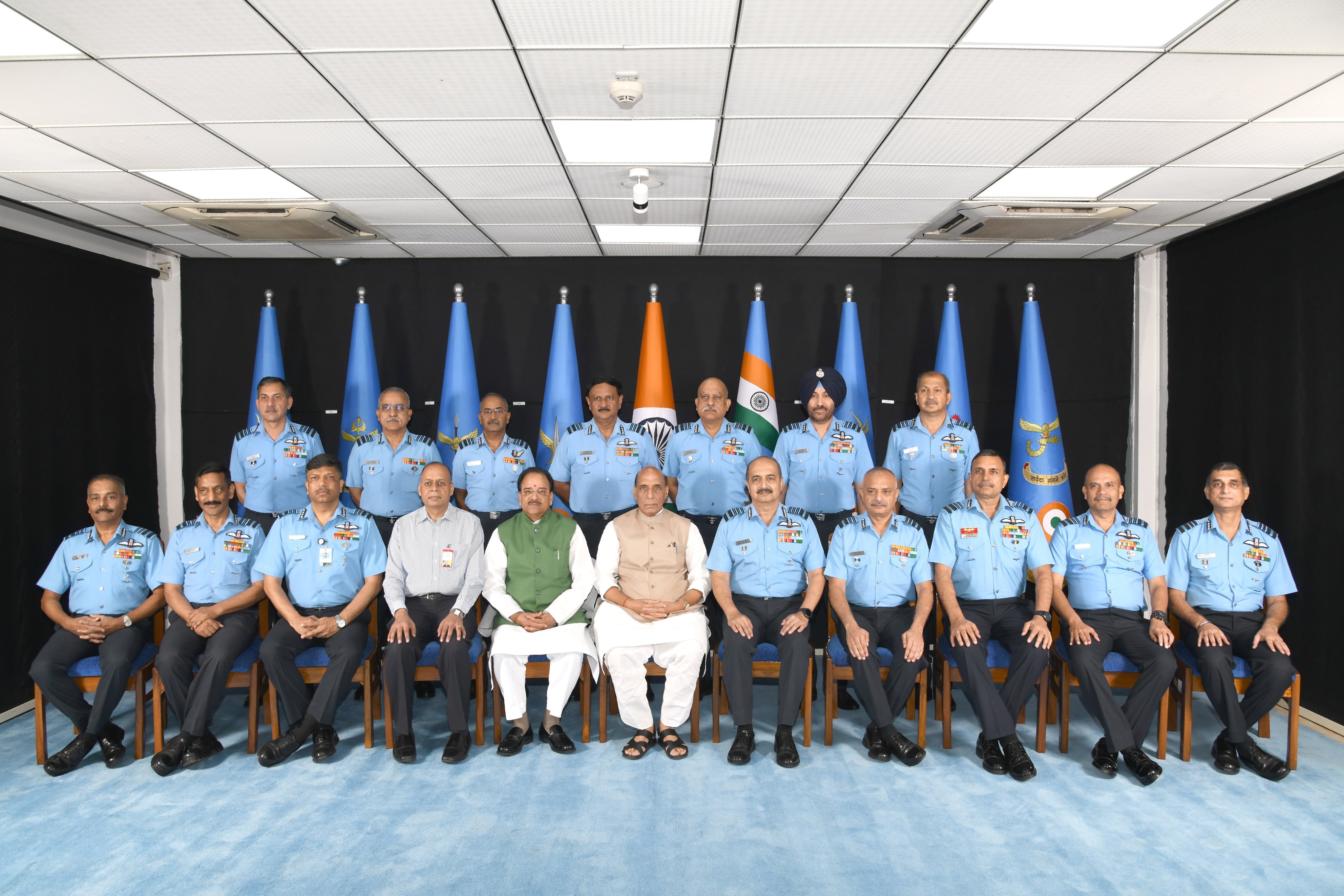 The Chief of the Air Staff, Air Chief Marshal VR Chaudhari, subsequently addressed the commanders and asked them to be ready to meet all challenges and enhance their capabilities for responding in multiple domains at short notice. He also emphasised the need for conserving assets, optimally utilising resources and the need for joint manship to enhance National Security.

To provide a boost to the growing indigenous drone industry, Hon’ble Raksha Mantri launched the “MEHAR BABA COMPETITION – II”. The competition is aimed at developing technology for a “Swarm Drone-based system to detect Foreign Objects on Aircraft Operating Surfaces”.

During the three-day conference, the Air Force Commanders will discuss important issues related to future challenges in a Hi-tech and evolving operational scenario. The theme for this Conference is ‘Optimising human resources’ and the focus will be on conduct of operations in a smart and efficient manner.  Mitigation of threats posed by drones will also be brainstormed during the conference.