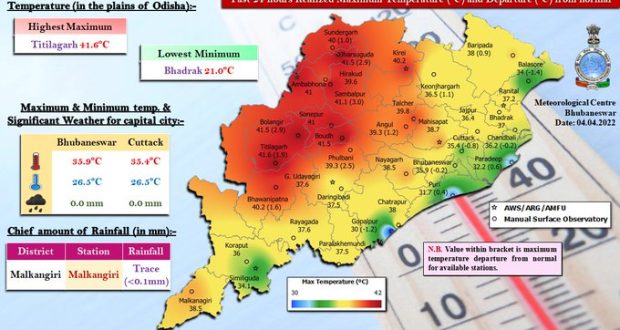 in State News April 4, 2022 Comments Off on April 13 onwards the mercury in the State will keep shooting up northwards 209 Views

Bhubaneswar: 4/4/22:While Odisha has begun to face the summer heat, as per the weather models like NCEP-GFS and MME of IITM, in the second fortnight of April, the maximum day temperature in the State will hover at above 40 deg C.

If the forecast by the multimodal ensemble (MME) of the Indian Institute of Tropical Meteorology is to be believed, there is a high probability (around 50 percent) of heatwave sweeping across Odisha till the end of April.