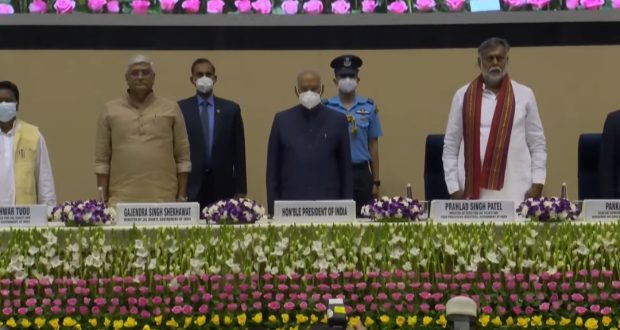 Speaking on the occasion, the President said that presentation of National Water Awards for exemplary work in the field of water management, and expansion of water campaigns to underline the importance of water in our daily life and on the planet Earth, is commendable.

The President said that it gives him immense pleasure to launch ‘Jal Shakti Abhiyan: Catch the Rain 2022’. He urged everyone to work on the focused interventions of this edition of the campaign. He said that district magistrates and village sarpanchs would have to play a crucial role in motivating the local populace for active participation of each individual in water conservation work. He urged everyone to take a pledge that just as the largest vaccination drive in history is being carried out in India, in the same way, we all would make this campaign the biggest water conservation campaign in history. 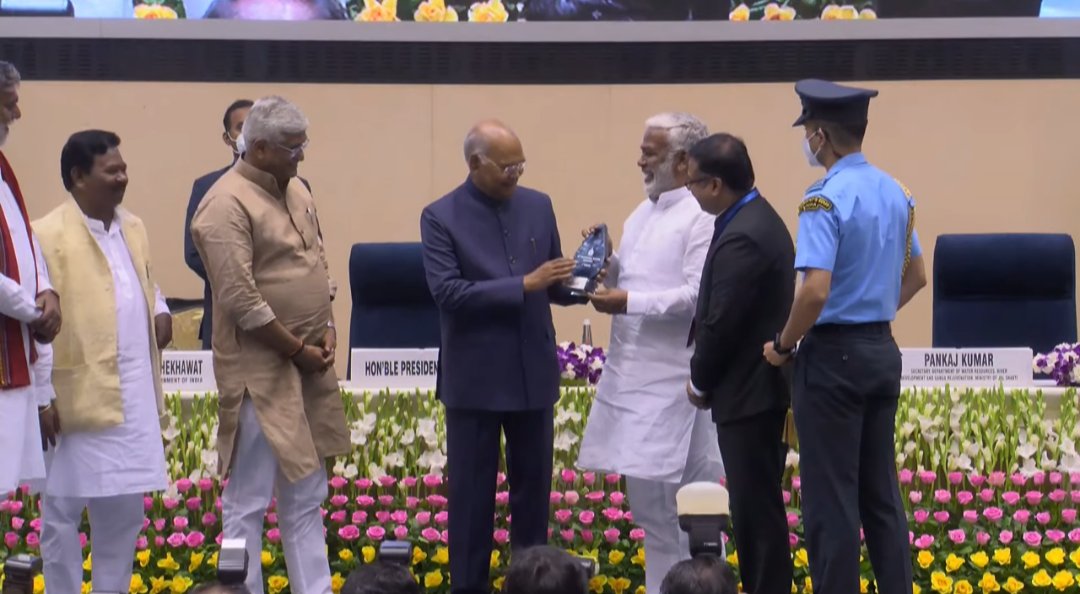 The President said that it is quite appropriate to say that ‘water is life. Nature has blessed humanity with water resources. It has provided us with vast rivers, on whose banks great civilizations flourished. Rivers have special significance in the Indian culture and are worshiped as mothers. We have dedicated places for the worship of the rivers – Ganga and Yamuna in Uttarakhand, Narmada in Madhya Pradesh and for Ganga-Sagar in Bengal. Such religious practices kept us connected with nature. The construction of ponds and wells was considered a virtuous act. Unfortunately with the advent of modernity and the industrial economy, we have lost that connection with nature. Population growth is also one of the factors. We find ourselves cut off from nature that has sustained us. We make the difficult journey to Yamunotri to express our gratitude and offer prayers to the Yamuna. But when we return to the capital Delhi, we find that the same river has become extremely polluted, and is no longer useful in our city life.

The President said that in order to make water everyone’s business and to make the Jal Andolan a Jan Andolan – a mass movement, the Government of India 2019 launched the ‘Jal Shakti Abhiyan’. And in the same year ‘Jal Jeevan Mission’ was also launched. Last year on 22nd March, on ‘World Water Day, the ‘Jal Shakti Abhiyan: Catch the Rain’ campaign was launched by the Prime Minister which was taken up in all districts in rural as well as urban areas of the country during the pre-monsoon and monsoon period. He appreciated state governments for their commendable contribution in the success of this campaign amidst the challenges of the corona pandemic. 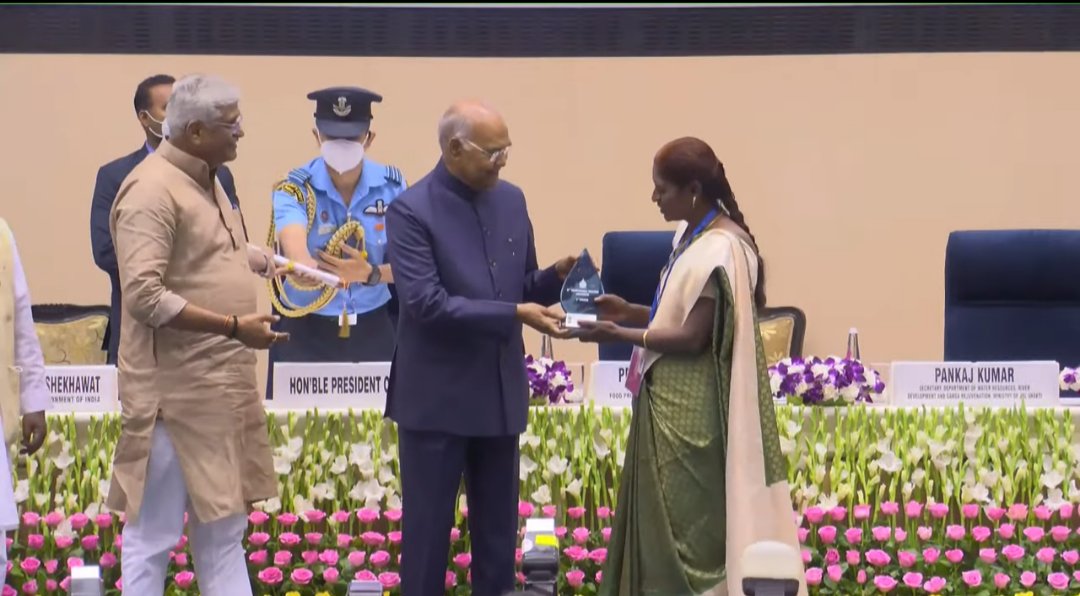 Noting the exemplary work done by the National Water Award-winners for water management in their respective fields, the President said that on the basis of such examples, we could find hope for a water-secure future. He congratulated all of them and urged them to continue being exemplars and sources of motivation for all of us. He expressed confidence that these Awards would usher in a water consciousness in the minds of people of India and would help in bringing about a behavioural change.

2022-03-29
Editor in chief
Previous: In presence of Union Home Minister Amit Shah, the Chief Ministers of Assam and Meghalaya signed historic agreement for settlement of inter-state border dispute
Next: Heatwave Alert For Odisha Till April 2