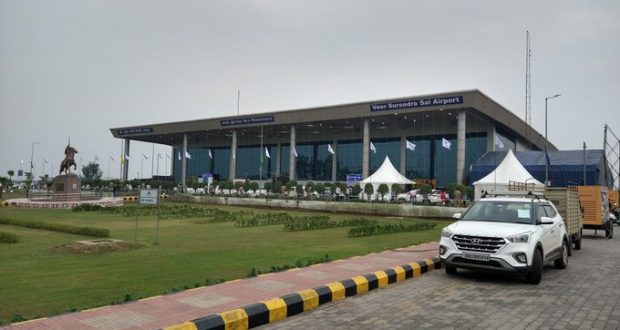 in National March 28, 2022 Comments Off on ‘In-Principle’ approval accorded for setting up of 21 Greenfield Airports across the country 128 Views

Newdelhi:28/3/22:The government of India has accorded ‘In-Principle’ approval for setting up of 21 Greenfield Airports across the country namely Mopa in Goa, Navi Mumbai, Sindhudurg and Shirdi in Maharashtra, Bijapur,Hassan, Kalaburagi and Shimoga in Karnataka, Dabra (Gwalior) in Madhya Pradesh, Kushinagar and Jewar (Noida) in Uttar Pradesh, Dholera and Hirasar in Gujarat, Karaikal in Puducherry, Dagadarthi, Bhogapuram and Orvakal (Kurnool) in Andhra Pradesh, Durgapur in West Bengal, Pakyong in Sikkim, Kannur in Kerala and Hollongi (Itanagar) in Arunachal Pradesh. Out of these, 8 Greenfield airports viz. Durgapur Airport in West Bengal, Shirdi Airport in Maharashtra, Kannur Airport in Kerala, Pakyong Airport in Sikkim, Kalaburagi Airport in Karnataka, Orvakal (Kurnool) Airport in Andhra Pradesh, Sindhudurg Airport in Maharashtra and Kushinagar Airport in Uttar Pradesh have been operationalized.

The timeline for construction of airports depends upon various factors such as land acquisition, mandatory clearances, removal of obstacles, financial closure etc. by the respective airport developers. The responsibility of implementation of airport projects including funding of the projects rests with the concerned airport developer including the respective State Government (in case the State Government is the project proponent).

Ministry of Civil Aviation has also launched Regional Connectivity Scheme (RCS) – UDAN (Ude Desh ka Aam Naagrik) in October 2016 to stimulate regional air connectivity and making air travel affordable to the masses. The expansion/development of airports under the scheme is ‘demand driven’, depending upon firm commitment from airline operators as well as from the State Government for providing various concessions.

This information was given by the Minister of State in the Ministry of Civil Aviation Gen. (Dr) V. K. Singh (Retd) in a written reply to a question in Rajya Sabha today.

2022-03-28
Editor in chief
Previous: MoD signs Rs 473 crore contract with GSL for construction of eight Fast Patrol Vessels for Indian Coast Guard
Next: “The recovery of economy from the adverse impact of COVID-19 pandemic was a huge challenge and Odisha was successful in rebooting the economy:”Naveen Patnaik