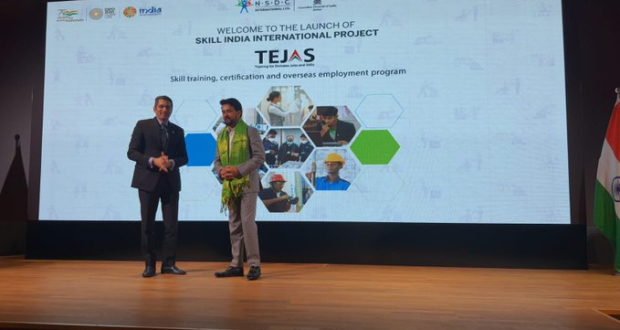 Duba:27/3/22: Union Minister Shri Anurag Thakur today launched TEJAS (Training for Emirates Jobs And Skills), a Skill India International Project to train overseas Indias. The project is aimed at skilling, certification and overseas employment of Indians. Tejas is aimed at creating pathways to enable Indian workforce to get equipped for skill and market requirements in UAE. 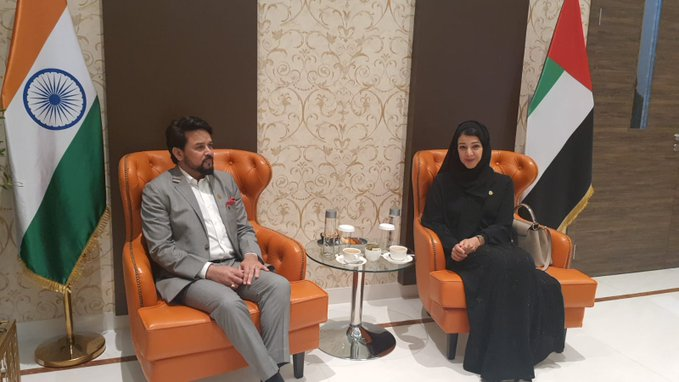 Addressing the audience at the launch, the Minister said India has a youthful population. The youths are the largest stakeholder in both nation-building and image-building. The Minister said that our focus is skill this population and providing the world with a large skilled workforce from India. Shri Thakur reiterated Prime Minister Narendra Modi’s vision of a strong partnership between India and UAE. Tejas aims at creating a 10,000 strong Indian workforce in UAE during the initial phase.

Shri Anurag Thakur also held a series of discussions with industry leaders from film and entertainment space in India and UAE. The day started with a meeting with Mr. Olivier Bramley, CEO, Media & Entertainment, E-Vision. Other CEOs present at the meeting included Shri Neeraj Roy, founder of Hungama Digital Media and Shri Harit Nagpal, MD and CEO of Tata Play. Shri Thakur said India and UAE can work together on programming for Azadi ka Amrit Mahotsav. He invited UAE for collaboration in AVGC sector and said if there is a need changes in policy can be also be implemented. 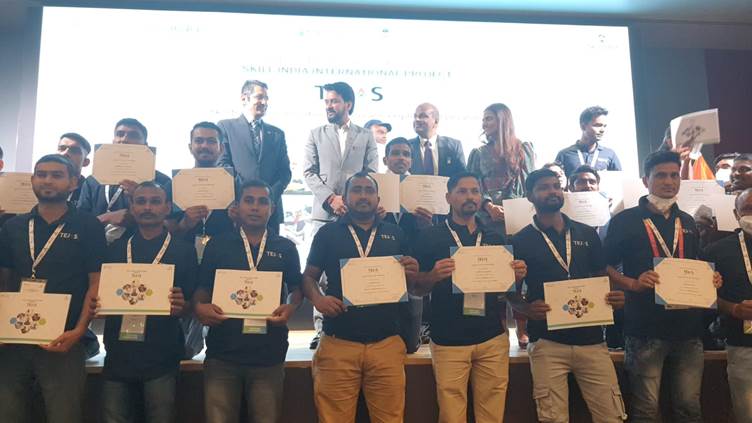 The Minister also met prominent Indian film personalities like Shri Kabir Khan and Shri Priyadarshan in a discussion also attended by Film Commissioner of the Abu Dhabi Film Commission Mr. Hans Fraikin. The Minister highlighted that India Pavilion has been a huge crowd puller and this proves the media prowess of India. Shri Thakur said that Media and Entertainment sector has the potential to take India to the world. Our post-production capabilities and talent are now at par with the world. The Minister also invited attention of those present to the huge potential archive sector in India.

Subsequently, Shri Thakur embarked on a visit to the India Pavillion at Dubai Expo where he also held a discussion with Minister of State for International Cooperation in the Government of UAE, Ms. Reem Al Hashimi. Upon his arrival at the Dubai Expo, the Minister was greeted by a crowd of enthusiastic Indian expatriates outside the majestic Indian Pavilion. During the later part of the day, Shri Anurag Thakur also visited the country pavilions of UAE, Saudi Arabia and Italy at the Dubai Expo